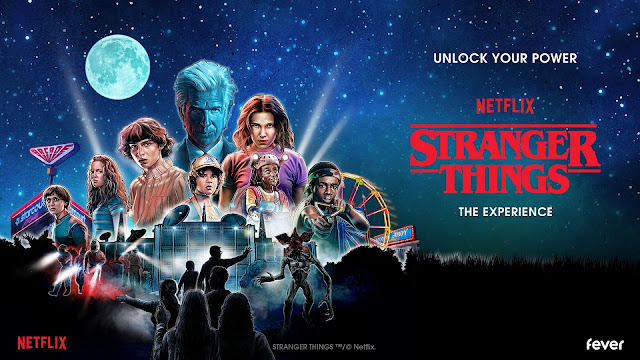 It's Father's Day here in the UK at the time I write this post and so I haven't been able to do as much blog as I would have liked. I have been watching the latest adaptation of John Wyndham's The Midwich Cuckoos with him however, so far not bad.

Coming this August to The Troubadour in London this August is Stranger Things: The Experience, which is sure to be big due to everyone seeming to love the Netflix show (me included). I will let the press release do the talking: '...launches guests through a perilous adventure through the darker side of Hawkins, including the infamous Hawkins Lab and the Upside Down. This brand new storyline, developed exclusively with the show's creators, propels guests into a parallel universe where they must run the gauntlet of terrors lurking in the dark and unlock their secret powers to help save the town.
After their escape from the Upside Down, fans will be free to explore Mix-Tape, where they can meet real-life characters from the Stranger Things world, grab a USS Butterscotch sundae at Scoops Ahoy, attempt to knock off MADMAX's high score at the Palace Arcade, try a unique cocktail at the first ever Stranger Things themed bar, chat with the friendly skater on Rink-o-Mania, snatch up exclusive merchandise and even get up close and personal with a Demogorgon'. Tickets are limited and prices start at £39, with group bundles and VIP tickets available, here.

A weird one next, there is a candle based on The Evil Dead series that can be pre-ordered. This comes from Horror-Fix and Legacy Custom Wax and is hoped to be the first in a line of horror themed candles. The press release for this one states: '...this candle is sure to send you spiraling back into the middle ages, complete with boomstick strapped to your back and chainsaw fueled up and ready to go.' That can be pre-order here, with it due to release on July 1st. 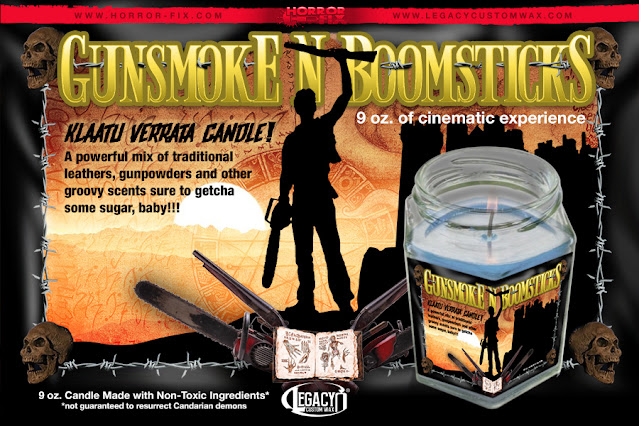 Finally for today, comedy horror film Cursed came to DVD on June 14th from Bayview Entertainment. It takes place on Friday the 13th when a Gypsy neighbour curses Dan's house on during his birthday party. The guests wake up dead which is just the start of Dan's problems in this dark comedy. That can be brought here.
Posted by Daniel Simmonds at 13:18