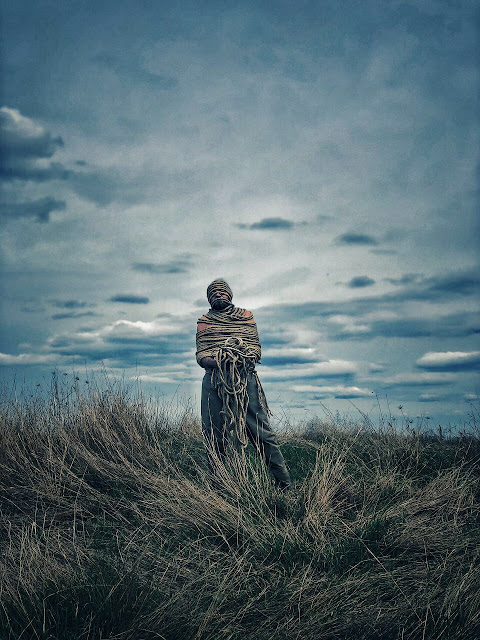 I really wanted to like The Pond, it sounded like the story was going to be really captivating and engaging. Unfortunately, by the time this ninety five minute movie was over I was none the wiser for what on Earth it was all about. This excels in keeping its plot a mystery, something that becomes a detriment to the viewers experience. My synopsis may sound a little confused!
Marco Canadea stars as the unnamed Professor, a man who in the past was suspended from his University and now spends his days conducting research from a caravan park on a small island in the middle of a very large pond. His research has led him to find some sort of discovery to do with circles. Meanwhile, back at his house just outside the pond is his daughter Abby (Leslie Soo) who has frequent nightmares as well as awake visions of a monster, that both the Professor and his girlfriend say isn't real.

It sometimes felt like this Petar Pasic directed horror had a story that was knowingly obtuse, it sometimes felt like it delighted in baffling the audience, that somehow by making its story so unknowable that it was something far greater than it came across as. I just could not make head or tale of what was going on. The protagonist keeps all his views to himself, making for a frustrating character to follow as he always seemed like he was acting on information that I wasn't privy to. The characters he interacts with also have their own mysterious things happening, such as the man on the island that the Professor daily plays chess with (Paul Leonard Murray), and the mute boatkeeper whose silence is maybe related to the fateful day he once caught an 'impossible' fish from the pond. Nothing makes sense and not in a good way, the Professor for instance keeps seeing sightings of a figure with a mask made out of branches, while Abby's island friends seem to actively delight in secretly teasing her. Then there is the girlfriend whose behaviour gets inexplicably more and more demented as the movie goes on. From sitting at a table pouring infinite water out of a kettle she is holding in her hands, to secretly heading to the island and looking at the Professor's work.
Over the whole film is a soundtrack that is designed to evoke mystery, it is overplayed and felt like one of the film's main bits of music. Mystery is all well and fine if there are crumbs to find to create a possible explanation. As the end credits rolled though I was just baffled, maybe something to do with Hell and Satan but that was all I could come up with. The story felt like it was being far too clever for its own good.
At least the quality of the filmmaking is good, the film is muted full of greys and dull browns, and there is some great costume design, and the many masks that pop up throughout looked creepy. The horror is slight, outside of possible hallucinations that the Professor witnesses there is nothing much more than a sense of paranoia. Many characters speak in riddles which didn't help at all in understanding this. 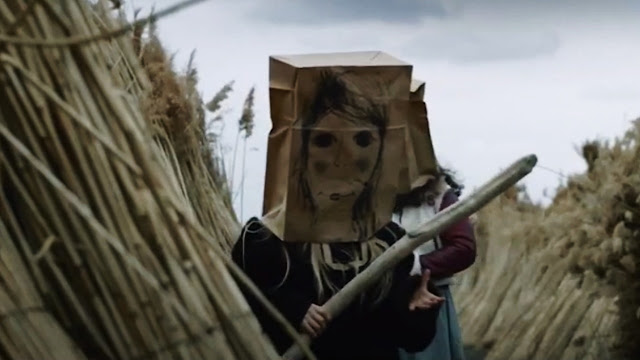 With a protagonist who seemed far more clued into the story than the viewer you are left with a frustrating experience, where events happen with no explanation, and motivations that aren't knowable. Maybe I'm just a bit dense, but by the time this finished I had pretty much given up on understanding anything and just happy the end credits had finally appeared, and this is coming from someone who normally values style over substance. The Pond is due for release on 11th July from High Fliers Films.
SCORE: