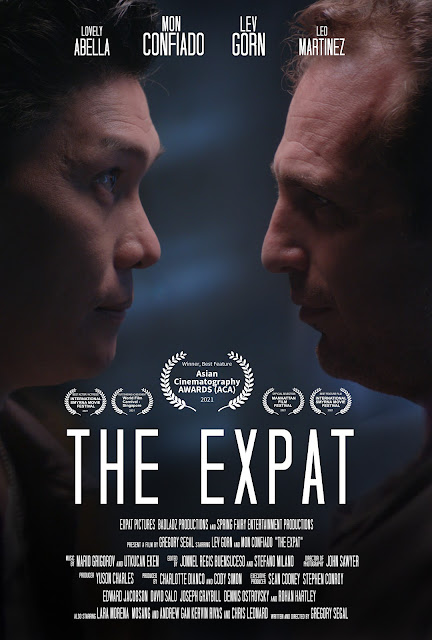 I was sat on my office pondering what films to watch for review this weekend when the Gregory Segal written and directed The Expat dropped into my inbox. It was a thriller rather than a horror, but sounded like it was about a serial killer and so I decided to give it a shot. In truth, it is far more a drama, with the killings relegated to the background, yet I came to enjoy the film for what it was.

Nick (Lev Gorn - Maniac TV show) is a former American Marine who is now on a very long extended vacation in the Philippines, having left his job due to PTSD. He spends his days relaxing in bars, while he spends the evenings with various women that he meets on a local dating app. Things take a dark turn however when the bodies of girls Nick has been seeing begin to turn up all over the city. Due to the connection to him, a local Manilla detective, Cruz (Mon Confiado) pins him as the prime suspect, yet with no evidence Nick is free to leave. After the man moves to a beachside town he thinks all his troubles are behind him, and even meets a woman (Delilah played by Lovely Abella) who could mean more to him than just a casual fling. The killings follow Nick however and he begins to realise that whoever is responsible has a deeper connection to him than he at first suspected. 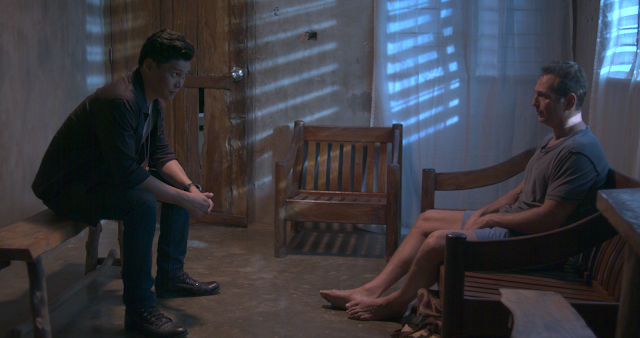 So, The Expat is far more a drama than a thriller and that is mainly due to the killings being almost treated like a side plot. They happen in the background and aside from one of them, they are not even something that is shown on screen. Typically the first the viewer knows of it is when Cruz is visiting a crime scene. The whole second act is almost completely murder free and instead falls into a deep look between Nick and Delilah, working on building the relationship between these two disparate characters who nonetheless begin to build an attraction. With Gorn you have an actor who always makes his character feel like he is a fish out of water, never able to shake the foreigner label. This can be seen both with his interactions with characters but also how he is shown on screen, often being accosted by beggars and being stared at by locals. The PTSD part of Nick is barely ever looked into, there are a couple of scenes where we are shown him having an episode, while this could have been used to implicate the man in perhaps killing people while under the effects of PTSD there isn't enough done to create that suspicion. The way the protagonist acts never once made me think he could actually be the killer, far too chilled out.

Outside of the murders there are just a few other scenes that would fit the thriller label. Cruz's investigations make up the main subplot and he becomes an important character. Being a local, he was a good contrast to Nick, though ultimately came across as a little bit bland and generic rather than a layered person in his own right, something the film tries to cure by giving him scenes with his family. While this was light on thrills the drama wasn't half bad. It leads up to a really well done open ending in which it cuts to credits with a big (drama based) plot thread hanging.

The Expat was a low stakes thriller that focussed a lot more on character development than the horror side. This can even be shown with the eventual somewhat underwhelming explanation for all that had transpired. I did come to like Nick however, a flawed protagonist, but those flaws made him more relatable. The Expat became available to rent and own on HD and satellite platforms on May 24th via Freestyle Digital Media.