Life After: The Basement (2014) by Bryan Way - Zombie eBook Review 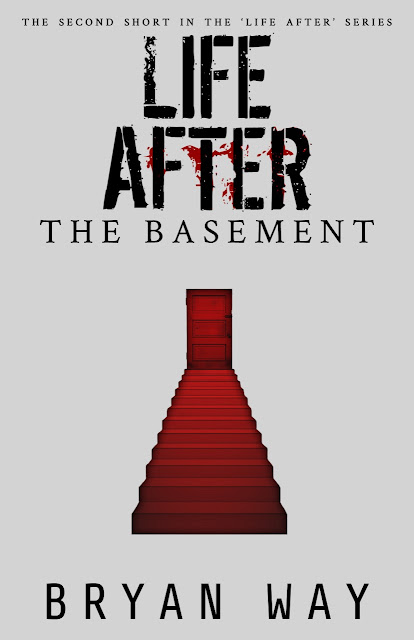 After the enjoyable Life After: The Cemetery Plot I was looking forward to reading the next short story from author Bryan Way. Life After: The Basement is that story and is the first to feature an antagonist force which wasn't undead. Again, some mild spoilers for the first book will follow.

The story here takes place at some point after zombie apocalypse has occurred. It follows the adventure of Eric and Mia who have been investigating the origins of the reanimation, and think they have found it within the confines of a shady corporation whose base of operations is near where the dead first rose from their graves. On the search for the truth however they take a misstep and end up at the home of a deeply troubled man.

I loved how this started, The Arising went to no lengths at all to provide an explanation for what was happening, instead, the survivors there were just doing their best to survive. I sometimes feel an explanation is not needed as it typically just goes back to some sort of shady government experiment gone wrong. Still, it was interesting to not only find out other people had survived in Grey's hometown (the protagonist of the first novel), but that they were more clued into things than he was. It was the titular basement where things got a bit too darker than expected. It once again confirms the old adage that the most dangerous thing in a zombie apocalypse isn't the undead, but other humans. It led to some unpleasantness over its thirty four pages that I hadn't yet experienced in this particular world. While this whole sequence was uncomfortable, it did have one darkly comedic part that shone out. By the story's end things had flattened out once again, finishing with a nice reference to the first book's group, I do love interconnected stories.

The Basement felt more stand alone than The Cemetery Plot and went to some surprising places. Even with the dark transition in the middle this was still a fun world to return to.