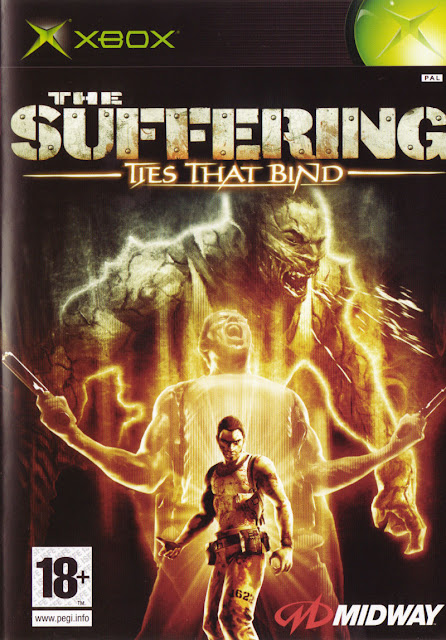 After a recent playthrough I can confirm The Suffering is still a fantastic video game, in fact I would put it in my top 10 games of all time. Back in 2005 I was beyond excited to see a sequel to that game; The Suffering: Ties That Bind, had been made, but my excitement turned to sadness when I found the game to be a shadow of its former self story wise, while the gameplay had been changed up to make it all so much more frustrating to play. Finally, some seventeen years later I have returned, would the game be as bad as I recalled, or would the distance of time have improved this?

The game picks up immediately after the end of the first one. Escaped convict Torque had survived the demonic horrors of Carnate island and escaped on a boat to the mainland. Arriving at the docks in Baltimore however he gets surrounded by a group of private soldiers from a shadowy organisation called The Foundation and taken into their custody. Their leader, a woman named Jordan, informs Torque that the demonic forces on Carnate were 'her life's work' and that he has been termed 'The Prime' whatever that means. Before he is given any more information there is a power blackout, and it is quickly revealed that the demonic forces from Carnate have followed Torque to Baltimore. Remembering that a mysterious man known only as 'Blackmore' has been orchestrating all the misfortunes in his life, Torque sets out into the demon infested city in order to hunt him down and finally get some answers. 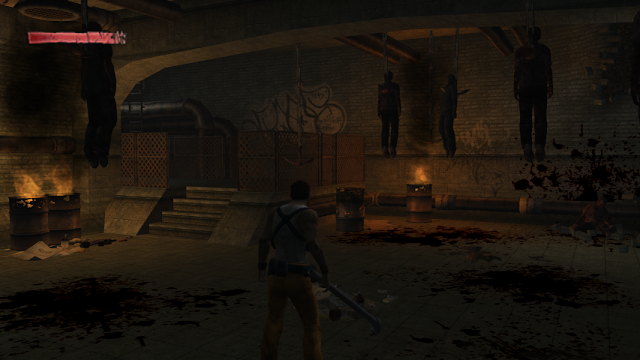 It must have been that I was playing The Suffering backwards compatible on the Xbox 360 that it looked so much better than Ties That Bind. This game (played on the native Xbox) looks extremely ugly, all blocky polygons for the characters, while the whole game looks like it has had Vaseline smothered over it. When you turn left or right there is a pronounced blurring effect, and the environments are blurry. It really brought to mind a Playstation game, though I'm sure it's not quite as bad. Having been impressed with how well the first game had held up it was bizarre to play its sequel and discover it looks so much worse graphically. An admission now, for two thirds of my playthrough of this I had the brightness setting turned down really low. All the levels seemed to be made up of just black and grey with it really hard to even see enemies. The game, unlike the first, has a real grindhouse feel to it, cutscenes have black splodges popping up all the the place, the game even ends as if a film reel has burned up. This all combined to make me believe the game was intentionally meant to be this murky, and so I came to appreciate this very dark look. Of course I then discovered the brightness setting and turned it all the way up. It made the locations actually have colour to them, but it didn't improve the poor graphics.

'If it aint broke then don't fix it' is an adage that I wish keenly the developers had listened to. The gameplay in the first game was spot on. The sequel was rushed out within a year and it seemed it was felt something needed to be changed as there are multiple changes that altered this one for the worst. Before you were able to stack up about nine health packs to use when needed. That is now gone, instead health is immediately used when it is collected. This led to many parts where my health was nearly gone so I would have to briefly attack and then retreat to wait for my health bar to recharge (it naturally goes back up to a quarter of your health bar) time and time again. Before you were able to hold onto every weapon you came across which helped making the combat sequences fun. This time around you can only hold two weapons at time so it was very common to completely run out of ammo and have to run around leading a conga line of enemies as you searched for either ammo or a new weapon to collect, very annoying!
The final big gameplay change is your rage ability. This sees you transforming into a powerful monster, before this was used as a last resort, as using it was one of the criteria that would lead to a bad ending. Here though you are encouraged to use it all the damn time, there are walls in the levels that can only be destroyed while in beast form, and even worse there are special metallic enemies that can only be killed while in beast mode. It leads to plenty of monotonous moments where you are being assaulted by hordes of monsters until you kill enough to be able to earn enough rage to transform and kill the metal ones. 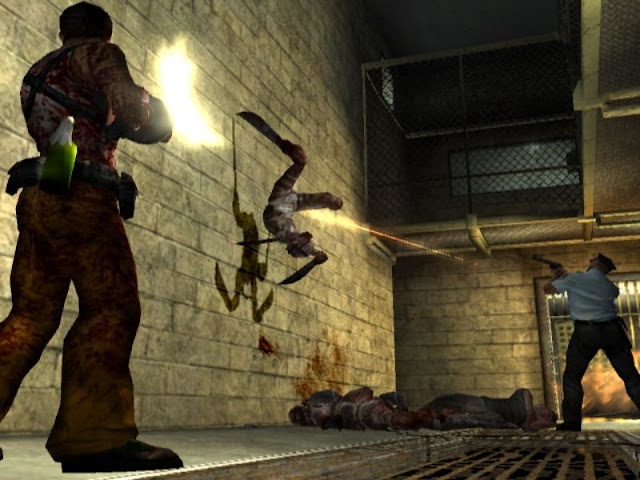 Coming back to this it wasn't initially as bad as I feared, in fact the first half of the game was kind of fun in its own bleak way. I will say I still love how this game starts, Torgue strapped to a gurney and carried through The Foundation's dockside HQ as story as spoken around him was a cool way to start the game, I also loved that it is a direct sequel picking up on the exact same night that the events of the first game played out. There isn't the natural progression that you had being on a island, but the city is laid out in such a way as you are still progressing cohesively. The locations are far less exciting though, there are levels set in warehouses and levels set in sewers which I recall were all the rage in the early 2000s. You also get plenty of levels set in the streets, crashed vehicles and crumbling buildings gating you into a linear path. The first game wasn't open world but it sometimes felt a bit like that with some of the larger outdoor environments, here everything is more enclosed and more industrial, from factories, to a large prison, it all looks similar.

The story isn't as interesting now, you are still haunted by the spirits of your dead family, but this time also by the enigmatic Blackmore who is the game's main antagonist. For this character playing such a integral role it seemed odd that he wasn't even mentioned previously Side villains include the returning Dr. Killjoy, joined by the ghost of a slave hunter and his pack of dogs, and a sick and very misogynistic serial killer who even drops the 'c' word at one point. These bad guys were fun but weirdly you can only fight whichever one of those last wo is closer to your alignment, rather than them both appearing as boss battles.
Before around 95% of your enemies were monsters, this time around it is probably 60% human, gun wielding soldiers and 40% monsters. It changed the game up a lot making it into more of a shooter, I found myself frequently having to switch to FPS mode to do these sections. I had missed the monsters to begin with, but by the end they are everywhere and annoying in their high numbers. Ties That Bind sure loves sticking you in a small room and then flinging wave after wave of enemies at you. While there are plenty of returning enemy types there are more new ones than I recalled. You have a super tough giant spider thing with guns strapped to it, a legless creature with a flashlight inserted through its head that patrols areas (requiring stealth to by pass as they are bullet sponges) and quite a fair few other original creations. To be fair the monster design in this game is darn good. 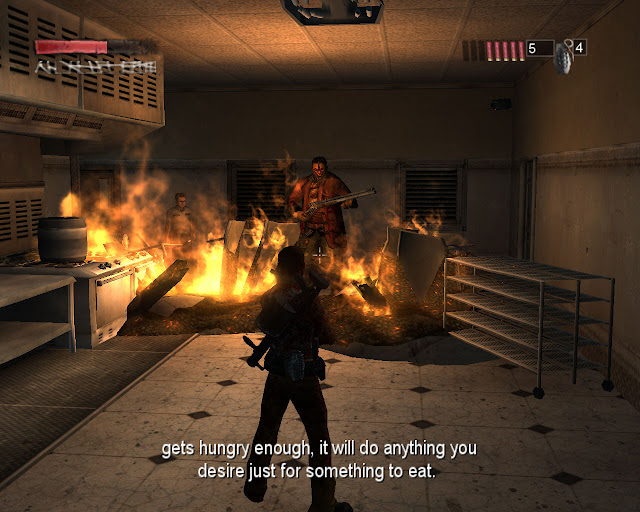 The Suffering: Ties That Bind is more of the same, but more of the same done in a far less enjoyable manner. This is a dark and very bleak game, I felt dirty playing it as it is designed to feel like a grim experience. I appreciated that part, I think if the gameplay had been kept the same I may have liked this so much more, as it was all the changes to me were baffling, making this feel more like a video game than the atmospheric first one did. Add in some ugly graphics (possibly due to having to rely on the original Xbox rather than being backward compatible), and a story that really didn't have much to it (including a very underwhelming and pathetically short ending) and this wasn't a great game.