The Rotting Zombie's News Anthology for 12th May 2022 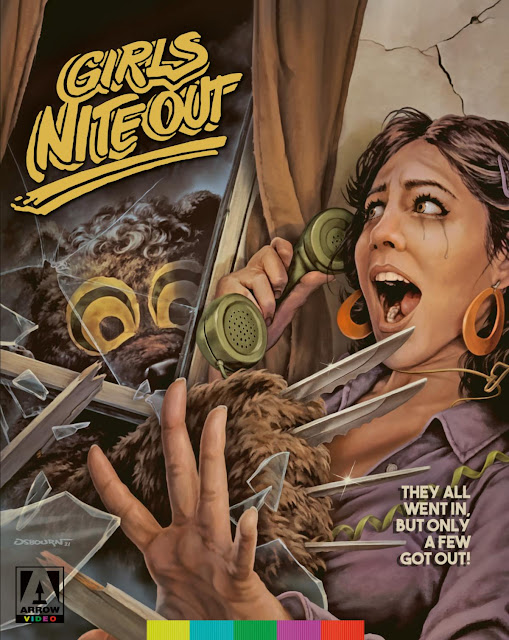 Now for a news round-up, it still feels so refreshing to be mostly up to date with my inbox, even if to get here I had to purge quite a lot of older news stories. As has been the case for most my activities of the past few weeks, I shall be writing this post with Rammstein's great new album Zeit playing in the background.
The Frenzy Moon is a practical effects werewolf movie that currently has an Indiegogo campaign running to raise funds for the effects team to work on sculpting. This is going to come from director and author Gregory Lamberson and is a spin-off of his novels The Frenzy Way, The Frenzy War and The Frenzy Wolves. The set-up for the movie has six college students and a mysterious stranger battling a pack of werewolves at a secluded cabin. While werewolves are one my least favourite movie monsters I can't deny the enthusiasm Lamberson talks with on the Indiegogo page. For details, including the usual assortment of perks check out the campaign page here.
Due out on May 17th in the US is Girls Nite Out (originally released as The Scaremaker). This is about a group of college students whose night time scavenger hunt is interrupted by a killer dressed up in a bear costume! The brand-new 2K restoration is due for release by Arrow and will include new interviews with the stars among other extras.
The Zombies Walking is a new single from New Zealand based System Corporation. While the track was written before the pandemic and the invasion of Ukraine it retroactively becomes relevant to those things as the song is about being led astray by those in power. Singer/lyricist Scott Newth says of this "Somehow, it's become way too easy to be misled by, what seems to me anyway, crazy ideas and theories. All this unease, it never seems to transition to real change in any way." While I admit including this news purely for the song title, it isn't a bad track, I liked the thudding drums.
Finally for today, Showtown American Pictures and Cineview Studios have released the trailer for another upcoming werewolf movie, The Beast Comes At Midnight. In this film an outcast teenager seeks out the help of four popular kids after he discovers one of them is being tracked by a werewolf. This is due to come to theatres Summer 2022 and stars Michael Pare, Michael McKeever, Madelyn Chimento, Kyle Oifer, Samantha O'Donnell, Dylan Intriago and Eric Roberts.
Posted by Daniel Simmonds at 10:05