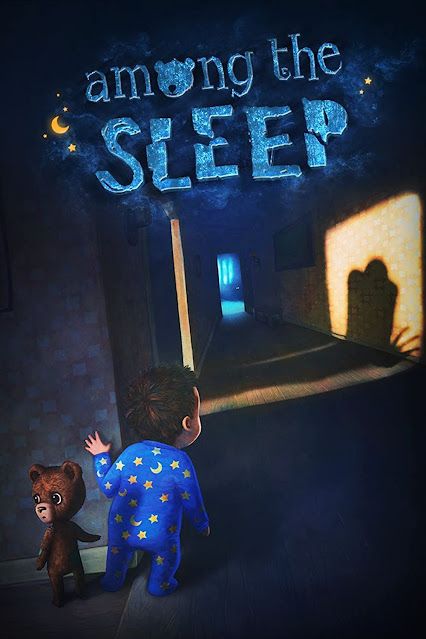 Among the Sleep is a game I have owned for years, yet I have never gotten around to playing it. The reason for the delay was that I recall there was a lot of interest when it first got announced, but upon its release it got a more muted reception than many people expected. It stands on its own for having the character you play as be a two year old child, but in a horror setting, seeing the darkness of their world through their eyes.

The game takes place on your second birthday, as one of your presents you are given an old teddy bear which you take an immediate liking to. Later that night, after you have been read a bedtime story and put to bed, you awaken in your crib to discover your bear has vanished. Managing to get out of your crib, you explore the house and discover the teddy inside the washing machine, which you manage to open. The teddy explains to you that something doesn't feel right, and that you should seek out your mother. This begins a journey through various different horror tinged locations as you seek out four items that relate to memories you have with your mother, in order to be reunited with her. 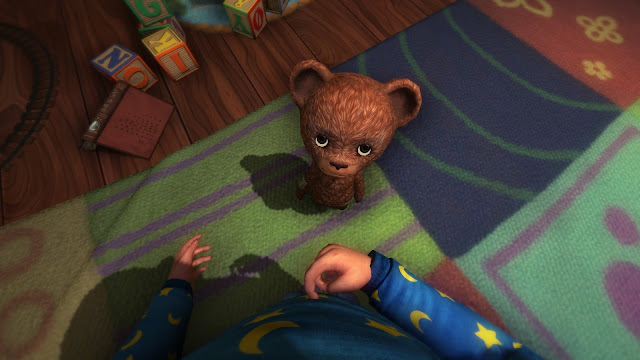 The idea behind the game is a good one, I've played games before where I have been a young child, but never in a first person horror setting such as here. This is a adventure game that is combat free, instead there are slight puzzles that must be solved, and some vague stealth gameplay in that each new location you visit has its own adult sized monster walking around in it. Playing as a toddler I expected it would be impossible to die, that isn't the case though don't expect any sort of gratuitous scene of death, instead the screen just fades to black. Death can come from drowning, or by being caught by one of the black smokey antagonists stalking the levels. As a child you don't really have any powers. You can drag stools and open drawers to climb up on surfaces, you can run, but do that too much and you will fall over into a crawl (actually kind of irritating). Then, for moments when things get too dark (fear represented by the screen shaking), you can press a button to hug your teddy bear which will create light.
Obviously you are a silent protagonist, you don't even cry out when scared, the story telling falls to the teddy bear, he is the one who sets out your goal of exploring these different levels. Story is also revealed by environmental details (packing boxes for instance suggest you have only recently moved into the house the game takes place in), as well as blurred flashbacks that feature a bit of muffled dialogue, I assume as the child wouldn't be able to understand what was being said.

The horror element was never that strong, I will admit to jumping at one point, but mainly the roughly two to three hour game has you walking around in dark potentially creepy locations. Starting off in the house itself, you get to a playhouse which serves as kind of a hub area for the game. A slide there takes you to each new level. One is set in an underground playground, full of giant ominous playground equipment. Another level takes place in a large mansion that has melded with a swampy forest, while the final area takes place in a maze like series of corridors full of small closet doors. Apart from the adult sized figures that walk the levels (one unique one for each level), there are no other enemies to be concerned about. The story comes together in a way that dispels a lot of the horror, with a far more realistic explanation for all that has gone on. I thought it was interesting and unexpected, but in terms of horror it always felt like this could have been scarier. Mainly it is the dark that is the biggest thing used in creating fear, but with a silent protagonist and a bear who doesn't talk half as much as it felt it should have, it felt like there was potential lost. 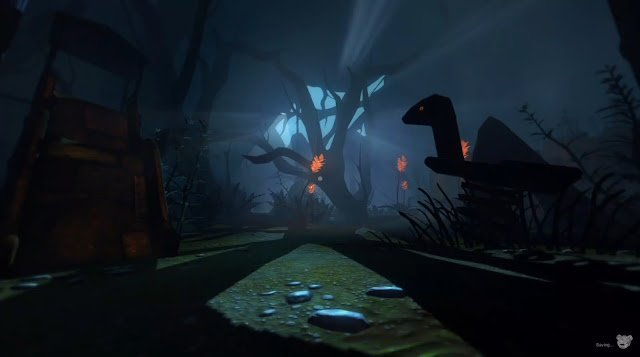 Among the Sleep felt a bit dated playing it in a modern setting, but that isn't the games fault. I enjoyed it for what it was, but it certainly wasn't a classic that I would play again and again. Hidden away (at least on the Playstation 4 version) is a prologue set before the events of the game, worth playing as it was the size of a whole level. There was also a museum area where you get to see ideas around the creation of the game, as well as get to see the original much darker ending envisioned for the game.