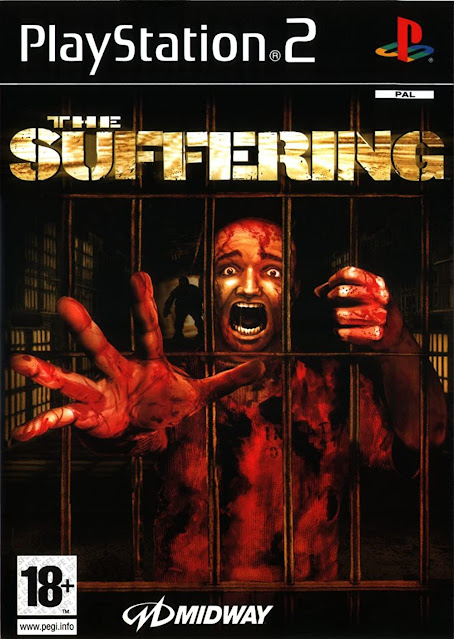 The Suffering has long stood in my mind as one of my favourite video games of all time. I fondly remember one rainy Sunday afternoon a decade and a bit back when I played the entire game from beginning to end in one sitting, having a whale of a time. I was reminded of it recently and so decided to dig out my Xbox 360 so that I could play the original Xbox version of the game I owned. My fear was that it just wouldn't hold up in current times. Thankfully that didn't come to pass, there were however more bugs with it than I remembered.

Torque has been transported to a notorious correctional facility on Carnate island where he has been placed on death row, having been convicted for murdering his wife and children. Due to blacking out during the time of the murder, Torque isn't sure of what actually happened. Not long after his arrival at his cell there is an earthquake which brings with it the arrival of Hellish monsters. Carnate has had a long and sinister past, and now it seems all the evils that have been committed there have manifested as these creatures. Freed from his cell, Torque must now find a way to not only escape the prison, but also search for a way off of the cursed island. 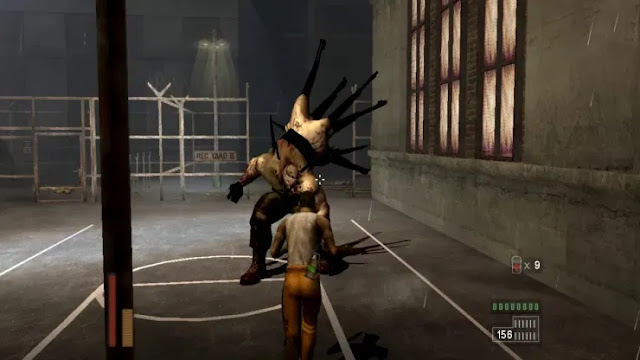 I love this game, even some eighteen years after its release it is still ridiculously fun, despite some sore spots. While this is level based, the design of the whole game feels natural, all locations feel like living breathing places, having a cohesive layout and naturally progressing the character from place to place. There is also lots of variation in where you get to travel, made all the better by entries written by in game characters, these get unlocked and shed background on these places (as well as musings on the different enemies). The island has a very dark history, from an army officer killing some of his subordinates during World War II due to baseless accusations, to witch burnings, a cave-in at a mine, even a slave ship which once crashed on the shore, the slave owners leaving the slaves to be eaten alive by rats while trapped in the hold. The island feels evil in a way which is represented so well. There is never a moment in the game that feels safe, with danger all around, from fire and electric obstacles to the enemies who constantly hound you.

Another strong point of the game is the enemy design, each of the enemies are specifically based on one of the evils that has occured. The main monster type you fight is a blade armed and legged humanoid which represents beheading, another is a small creature with needles inserted all over its body, which represents death by lethal injection. New enemy types keep getting introduced all the way to the end of the game. While there isn't a proper antagonist there are three main evil forces who pop up throughout the game to both help and hinder you. Horace is a ghost of a man who died by electric chair after savagely murdering his wife during a prison visit, Hermes is a former gas chamber operator who ended up using the chamber to take his own life, while Dr. Killjoy was the demented psychiatrist who ran the now derelict asylum on the island. All these characters feature boss battles, but these have more of a puzzle element than just shooting them.
The game is third person (first person is also an option but it never felt good enough to be useful) and features lots and lots of gun play. During the game you get access to a couple of melee weapons as well as dual revolvers, a tommy-gun and a shotgun. You also get a special power that lets you briefly transform into a monster yourself, that part still feels a bit weird. Combat can be bloody with you able to shoot off limbs and decapitate enemies (being monsters this only slows them down however). Sometimes, especially towards the end of the game, you need to finish off enemies when they are killed to ensure they don't resurrect. 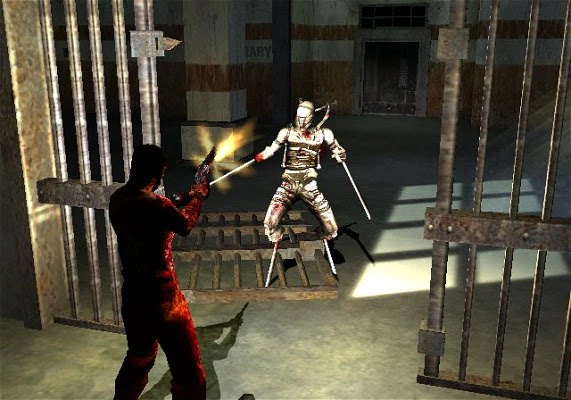 A lot of the storytelling is done via the characters you meet. Torque is in no way the only survivor of the Hell breach, instead the game is full of NPC characters, both inmates and prison guards. Brilliantly, while some of these characters either attack you on sight or don't have anything to do with you, others team up with you, creating little side quest type situations. If they take too much damage they can die, but they can also get their own little ending of sorts. Early on for instance I teamed up with an inmate and helped him escape the prison, another part saw me teaming up with an untrusting guard who over the course of being with him slowly came to respect me. This all also stems into the morality system. Rather than be black or white choices you actions are what matters. Team up with someone and they survive then good points go your way, conversely you could just gun them down right away. This all factors in to which of the three endings you get, and even write your backstory. It is never clear if Torque actually did what he was accused of, depending on your actions throughout the six hour game it could turn out Torque was innocent, or that he is plain evil. Due to this, Torque is a silent protagonist, something that felt a bit odd in current day. The history of the island is represented as flashbacks projected onto the game world, while flashbacks to Torque's fateful night with his family takes place as quick sequences of images overlayed over the game world at multiple points in the game.
The world feels so real because of all the characters dotted around the world. Nearly every location is full of corpses of inmates and guards killed in various brutal ways, while tannoy announcements, phone calls and radio messages all reveal the little mini adventures that other characters are going through.

While I would like to say this was all as great as I recalled, I did have some issues, specifically there were at least six occasions where I got the character stuck in or on the scenery, then there was one time after putting out some flames I went to walk through where they had been and immediately died as if I was on fire. There are a few first person gun turret sections in which waves of enemies appear as you mow them down, these felt very dated. The graphics while a bit old looking are still very functional, the game looks pretty great for its age, and the light and shadows in particular impressed me. Sound design was also strong, there is a load of dialogue in the game, and the music while not memorable did the job, and The Suffering knows when to just use silence to build atmosphere. 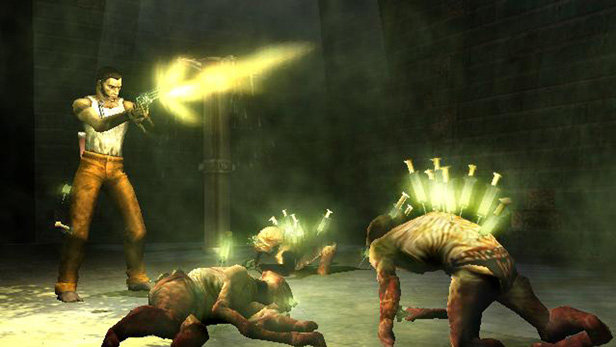 I had so much fun replaying this game, even if I did end up getting the neutral ending for the first time ever (I have always previously gotten the good ending). While this got a sequel, The Suffering: Ties That Bind) I always felt it was like a poor rehash of this one (being set in a city rather than the prison island many of the enemies were lazily repurposed, such as the needle monsters who in the second game are said to actually be representations of drug overdose). That second game has an extremely strong opening however, I feel I should revisit that one as well. Anyway, The Suffering remains a fantastic action horror game whose gameplay is still strong, and its world building very satisfying.

UPDATE 27/04/2022: I have since played through the sequel, a review of which shall be going up at some point next week.
Posted by Daniel Simmonds at 14:05