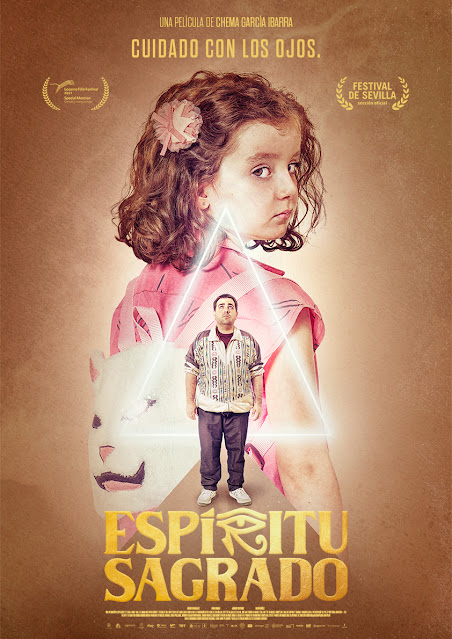 One of the many films joining the Arrow streaming subscription service in March is the Spanish comedy/drama/sci-fi film The Sacred Spirit (original title Espíritu sagrado). Written and directed by Chema García Ibarra this surreal movie plays its comedy with a super straight face and was all the better for it.

The film begins with Charo's daughter Vanessa (and twin sister of Verónica, played by Llum Arques) having recently gone missing with the story all over the local news. Elsewhere, Julio (José Angel Asensio), the head of a small group of ufology enthusiasts made up of misfits has recently died, he left his belongings to José (Nacho Fernández), who just so happens to be Charo's brother. Unknown to the rest of the group, who believe the aim for them is to be taken by aliens, Julio and José had a secret plan, one that involves bringing an ancient spirit into the world, using a young child as the vessel. 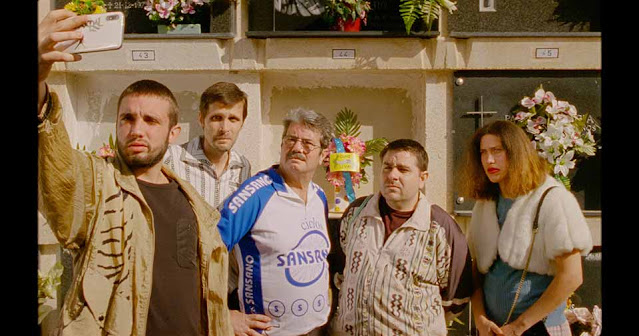 The Sacred Spirit takes place in a bizarre world, but one that within its context feels completely normal. The humour here is deadpan and comes from the many characters. I would say it kind of shares similarities with Napoleon Dynamite in the way the comedy plays out. There is nothing laugh out loud funny here, instead it is the dialogue that is said, and the way it is spoken by the deeply earnest characters. It seemed to begin with that Charo was going to be the protagonist, but this instead falls on José. This man, obsessed with Egyptian mythology (his apartment that he shares with his Alzheimer's afflicted mother is full of gaudy and tacky Egypt themed knick knacks) was strangely likeable despite the film hinting at a darkness that he may be involved in. He genuinely believes that an ancient spirit is going to return to the world, and that he alone is the one who can get this done, there is almost a sadness with José and despite everything I didn't want anything bad to happen to him. That comes with many of the characters who while extremely weird had an innocence to them that made them endearing. The UFO group for instance have share a strong bond.

The film often excels with its directing, at many points in the movie scenes play out in a single unbroken shot, typically just showing scenery. There is one part where José hides as a group of power walkers emerge into the camera shot, this scene plays out until the group are specks in the distance. Another scene had the UFO group setting up a timer on a camera and then standing together for the shot, all again in a single scene. Special mention goes to the fantastic ending shot, a Egypt themed bouncy castle being inflated as a soothing Native American song plays out and the end credits are superimposed on top. My very favourite scene had José on a fairground ride with his niece, the camera fixed on them as the ride spins round and round and a Spanish version of The Cranberries' Zombie song plays out. There is a realistic quality to the film, barely any special effects to speak of, outside of one small explosion in a scene. The rest has characters sitting around talking to each other. Frequently the TV takes over with long moments where the only dialogue is coming from the TV, usually a program on spirituality which feeds into Josés secret mission. This is also where the subplot of the disappearance plays out, some of the humour coming from the news anchors who grimly report on the unfolding story before breaking into a grin and switching to talking about happy news. 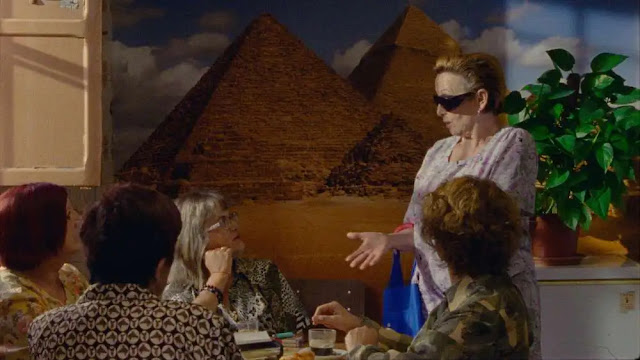 All throughout watching this I just knew it would be hellish to review. This is such a hard film to describe as it is so different to your typical film. It may not be horror but there is darkness to be found here. Despite the language barrier I thought this was amusing, I never got bored of the straight faced delivery of all the ridiculous lines. The Sacred Spirit was a great little darkly comedic almost haunting indie drama, full of fantastically understated performances, if you get the chance then definitely check it out.

Posted by Daniel Simmonds at 05:54