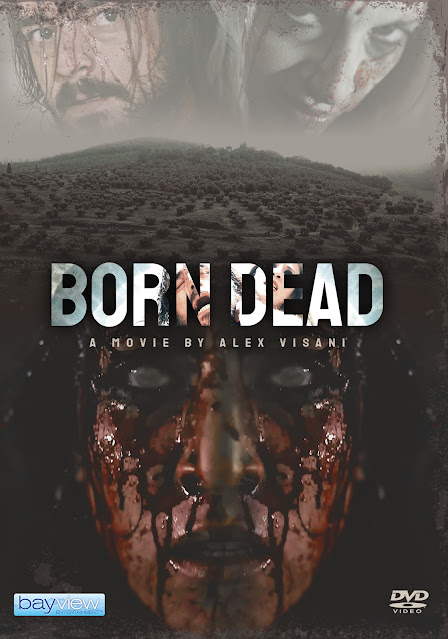 I didn't expect to be, but here I am with a second small news anthology for this week. I blame it a lot on me being lazy and wanting to play yet more Elden Ring than watch a film for review. How are energy prices treating you? I'm trying not to heat my decrepit abode as much as before so have infested (I meant to type 'invested' but shall leave that error as is) in some hoodies to wear around the place.
I have been brutal with my news box, slicing and dicing it down from over three hundred emails to a lean twenty nine. Here's to keeping more up to date with that hallowed place.

Freestyle Digital Media have acquired the horror-thriller Follower, since 29th March this has been available to rent and own on global digital HD internet and satellite platforms. The film is based on an alleged true story that occured in Northern Nevada in 2018, it is about a social media influencer and her two friends who became the targets of a violent killer while on a hiking trail. The killer live-streamed himself as he hunted down the girls and anyone else who got in his way. In a unique spin, Follower has an interactive element which 'allows the viewer the opportunity to follow the characters in real life' whatever that means. This was based on a story by Serena Kamlani, James Rich and Zachary Hersh and directed by James Rich.

Mastiff announced a partnership with Actual Nerds to publish dark fantasy 2D RPG, The Tarnishing of Juxtia back in March. The game is due for a PC release this Summer and looks quite attractive with a graphical style that reminded me of Blasphemous. It is described in the press release as a '2D love letter to 'Souls' games', with players taking on the role of a nameless hero who has been created by a dying God in order to get revenge against the beings responsible for a devastating supernatural plague. The game is to include fifteen environments, fourteen boss battles and plenty of secrets and sidequests in the twenty + hour experience.

The last bit of news for today is that of Born Dead which comes out on April 26th from Bayview Entertainment. The story is about a young embalmer named Luna who one day stumbles across two bodies out in the wood, one dead, and one barely clinging onto life. This 'gory and blood-soaked tale' comes from Alex Visani (The Pyramid).
Posted by Daniel Simmonds at 12:58