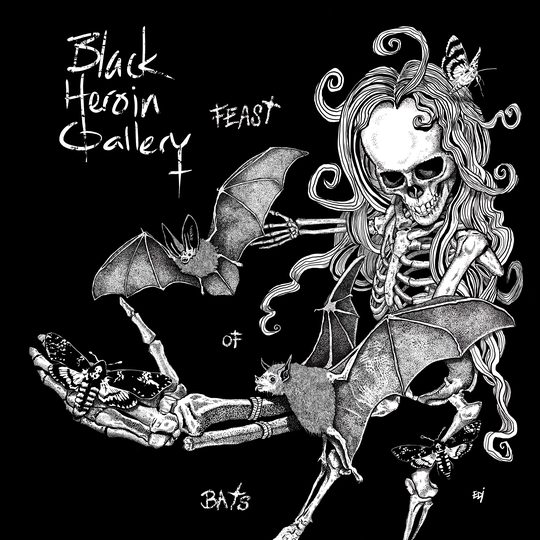 Earlier this week the news was all film focussed and now the Ying to that Yang this one shall be all about music news. On a side note, it is not yet midday on Sunday as I write this, and this being the final blog post I am writing this weekend means I have the whole day to do with as I wish.

Feast of Bats is the new album from Californian deathrock band, Black Heroin Gallery. This is the follow up to the groups' 2016 debut album The Dreadful Dead of Hoop Snake Hollow. The press release states 'Highly theatrical and overtly gothic...ranges from sprawling, labyrinthine, gloom laden epics and snaking dirges; to neo-tribal deathrock and snarling dark punk'.

Gothic group, Black Angel have released their fourth studio album titled The Black Rose. The nine track album takes inspiration from eighties bands such as The Cult and The Mission while adding their own flavour, with the press release stating a 'slightly more sinister, edgy feel to the tracks'.

Gothic rock band Cathedral In Flames have released a cover of Nick Cave and Blixa Bargeld's The Weeping Song in support of the people of Ukraine. The band have announced that all royalties and proceeds from their Hang Me High And Bury Me Deep record will go to the country, specifically going towards Nexta, an independant news channel operating in the area.
Posted by Daniel Simmonds at 07:51