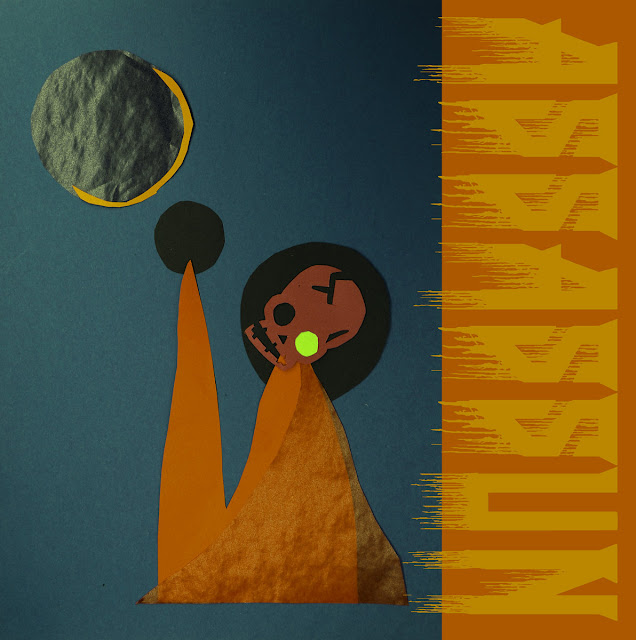 I'm back with another ill-judged music review to do. I think the first thing I will do if I ever win the lottery is hire someone who actually knows about the medium to do these as my vocabulary and knowledge is somewhat lacking. Sure I like music, but that interest peaked around the early 2000s so most of what I listen to nowadays is kind of old. Sunset Skull is an album by Assassun, this is a new incarnation of the Berlin based musician Alexander Leonard Donat who last year released Nebonkörper under his Vlimmer moniker. A criticism I had from that review was that my compliments sounded almost passive aggressive, something I didn't intend, so I will try better this time around! While I was given a download code for this, I actually listened to it on Apple Music without using the code.

I have spent the past several days moving my furniture and belongings back into my front room after having a new carpet, so I have had plenty of time to listen to stuff. Despite listening to Sunset Skull twice in a row I actually have very limited notes on what I heard. The album is described as 'dark and raw electro-punk synth', I would agree with that. The album is made up of eleven tracks over thirty three minutes, each track from my memory feeds into the next, or at least follows a natural progression.
After opener Burial Shroud we head into Winter Is, the music here sounds to my mind like the type of music that would be playing if you went into a dark and dingy club in the mid 1980s, I love that decade so no slight there. The sound has a low-fi attractive quality to it (Devours Itself), that coupled with echoey voice effects and synth beats on tracks such as Over Again creates a unified feel to the vibe of the tracks. There is a slight off kilter edge to the sound, such as with Your Scheme? (with echoes of the Friday The 13th theme tune), and at times almost otherworldly, which can be seen in The World I Will Leave.
The second half of the album was where I really began to get into the music. There is the sinister sounding Janine with its thudding Industrial end, then after Another Hook To the Chin comes Achilles Tendon that sounded more electronic. This leads into penultimate track Light Coming Out with its Industrial ambient start, finally finishing out with I Need It Gone.

Sunset Skull isn't a happy record, the singing has a bitter tone to the words, and the music has a warped feel. This all combines into something good for the listener, I liked how each track has the same certain feel to it, yet musically is a lot different. Good enough that I listened to it twice back to back, and am in fact giving it a third go as I write this review.

Posted by Daniel Simmonds at 05:29