On the Trail of UFOs: Night Visitors (2022) - Documentary Review 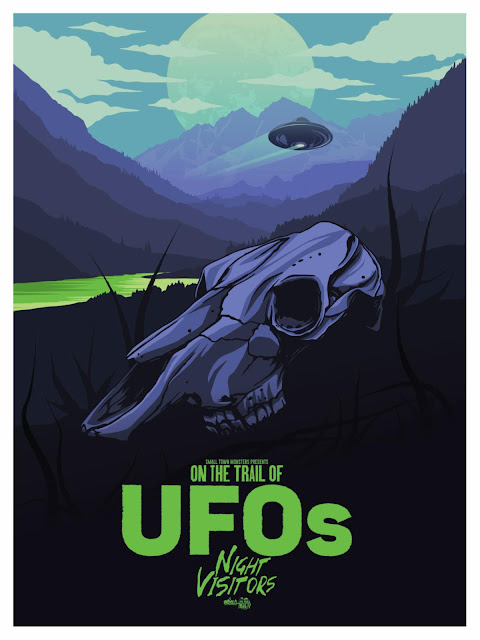 On the Trail of UFOs: Night Visitors is the latest documentary from Small Town Monsters (Momo: The Missouri Monster, Terror in the Skies), and from the title it should be super obvious this is part of their UFO series. This one, the press release states, 'takes viewers into the most disturbing aspect of UFOlogy'. I would perhaps say one of the most typical aspects, that of cattle mutilations. As I began to watch this however, I realised that despite that long being associated with UFOs, I didn't actually know that much about it. With Small Town Monsters never failing to make interesting documentaries I was happy to explore the topic.

Directed by Seth Breedlove, investigator Shannon LeGro (On the Trail of UFOs: Dark Sky) once again takes on the lead role. The eighty minute doc was filmed in Colorado and is made up primarily with various interviews with eye witness accounts who have been involved in some way either with seeing unexplained sightings in the sky, or having owned cattle that has then been found mutilated. It starts with a brief history of cattle mutilations, something it later returns to with a segment about the very first recorded cattle mutilation (was actually a horse nicknamed Snippy). There are various subjects covered here outside of that particular event, as well as lights in the sky, there are parts about people who have been apparently abducted by UFOs in the area, the notion of secret underground military facilities inside hollow mountains, even a part about the mysterious silent black helicopters that are linked to the subject matter. 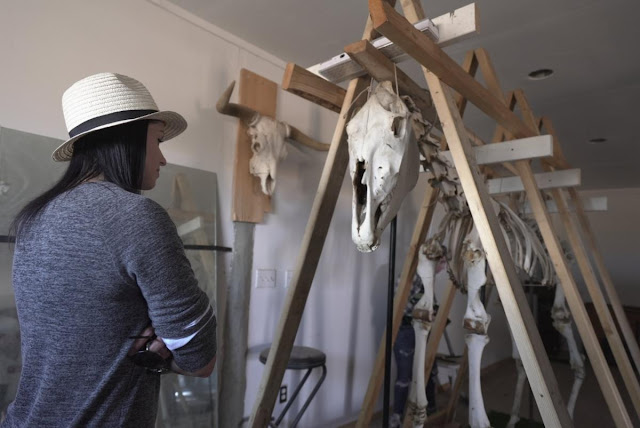 To add spice to what is being discussed there are the usual assortment of both artwork and simple CG effects used to simulate UFOs in real world settings, nothing too amazing was shown with these but they added flavour. One part that I didn't think worked as well was a glitching effect used with the editing, usually when switching between various photos of dead animals. Still, the interviews themselves feature a bunch of eclectic people, from farm owners, to a particularly haunted looking man talking about his abduction experience, to the owner of a UFO based tourist trap who says she has had many unexplained sightings over the years of being based in the area (and who owns the skeletal remains of the previously mentioned Snippy). Intercut are many wide scenery shots, and shots of LeGro gazing out at various locations. Again set in America, I never get tired of seeing the countryside, the flat plains of Colorado lending themselves well to the idea that so many sightings could have happened here. As to the explanations, there isn't anything concrete concluded, with an admission that with so many more knowledgeable people exploring this and not finding answers, that they too couldn't really pinpoint the actual cause. Being firm believers, or at least very open minded to the idea of UFOs, there is no challenging of peoples accounts, but I didn't expect there to be, and am kind of glad there wasn't as many of the people being spoken to seemed genuine.

I didn't think the subject matter quite fitted the press release, but regardless, there was plenty here that I hadn't really ever looked into before and so it was interesting to watch and listen. Maybe not the most exciting of documentaries but I enjoyed my time with this, with Small Town Monsters documentaries there is a rhythm to them that I always find quite chilled and this was no exception. On the Trail of UFOs: Night Visitors debuts on major streaming platforms on April 5th, from 1091 Pictures.

Posted by Daniel Simmonds at 10:30