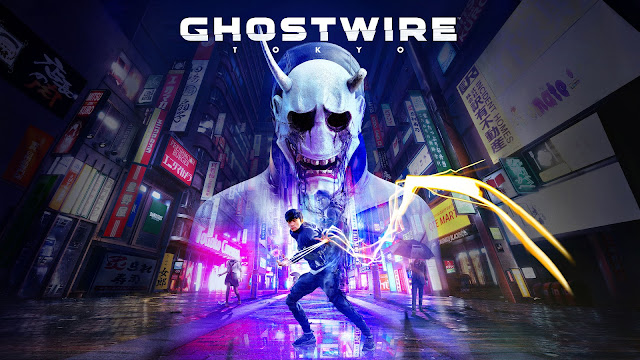 I preordered Ghostwire: Tokyo long before I realised it was a first person game. I needn't have been concerned as despite that perspective this was a pretty laid back game. Closer to release I have to say I was very relieved to find out this wasn't a long game, as a child I always wanted a game that would last forever, but in this modern age of games being needlessly long a twenty five hour experience was a nice appetiser. Despite the relatively short length however this felt almost fit to bursting with padding, which even for someone who loves collecting things and doing inane side quests in an open world setting began to drag before I reached its climax.

Tokyo falls victim to a supernatural attack in which the spirit world and the real world are pulled together. For nearly the entire population of the city this is a disaster, the mystical fog that appears separates their souls from their bodies. Seemingly only a young man named Akito is sparred, and this is due to his body getting semi-possessed by a former spiritual detective named KK. They soon learn that a mysterious figure wearing a Hannya mask is behind it, with his grand plan being to unite the world of the living and that of the dead so that he can be with his deceased wife and child once again. Granted special powers due to KK's possession, and discovering Hannya (to abbreviate the antagonists name) has kidnapped his younger sister from the local hospital where she had been in a coma for many years, Akita sets out to defeat the insane man, in order to both rescue his sister, and hopefully restore Tokyo back to normal. 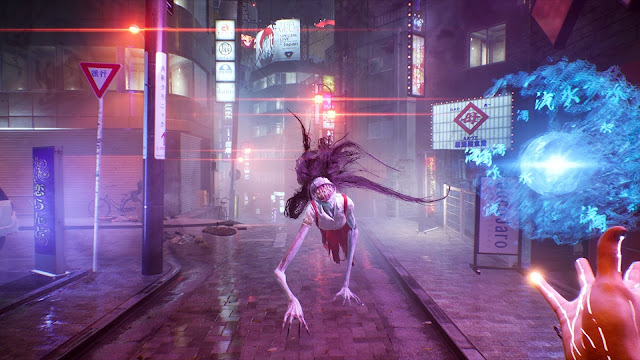 If you were expecting a horror game then you may well feel a bit deflated by Ghostwire: Tokyo, to me it felt like Yakuza if instead of fighting gangsters you were instead battling evil spirits. The game takes place entirely in Tokyo, I don't know how accurate a depiction it is but there were plenty of landmarks that even I recognised. The game as a whole looks pretty attractive, I wouldn't say the graphics were stunning but they were decent. The incremental rain that falls utilises the Playstation 5 controllers rumble function by simulating raindrops falling, a nice touch, as was KK's voice which comes out the speaker in the controller, as opposed to Akito's which comes out the TV speakers. Split into five chapters, the main game didn't feel like it had much to it. I finished the game after around twenty six hours and that included doing all side quests and gathering all the collectibles. Towards the end of the game I realised what a pointless task that all was. The side quests were interesting enough (more on that later), but the hundreds of Japanese themed items I was collecting (in order to sell to the magical cat shopkeepers) was the real meat of the game. The city felt varied enough in its design, the main shopping areas, more suburban type locales, as well as a large woodland. It is also full to the brim of lost souls, one of your powers being to gather these souls, which can then be deposited at any of the hundreds of telephone booths in order to exchange them for experience points.

The main hook of the game is to be going to mystical gateways and cleansing them in order to open up more of the city, as to the main story itself it was purely functional. Personally I really wish the antagonist had more to him. You are informed the reasons why he is doing what he is doing, but there is zero attempt to humanise him. At least his design is fantastic, as is the design of his three henchmen, each of which is wearing a different grotesque style of Hannae mask. As would be expected, over the course of this you battle these three stooges in the form of boss battles. Side quests are a mixed bag but there is at least variation here. They mainly involve helping a spirit out with their lingering business so that they can move on to the afterlife. These range from the goofy (fetching toilet paper for a ghost on a toilet) to more horror based ones. The only real horror aspect of the game comes from some of the more darker and cooler side quests. A train that takes you to a cursed station if you ride it along at night, a building where people who die there are cursed, forced to spend eternity as malevolent ghosts unless they manage to kill someone themselves, and the spirit of a young boy who causes his victims to get fatally lost during twisted games of hide and seek. 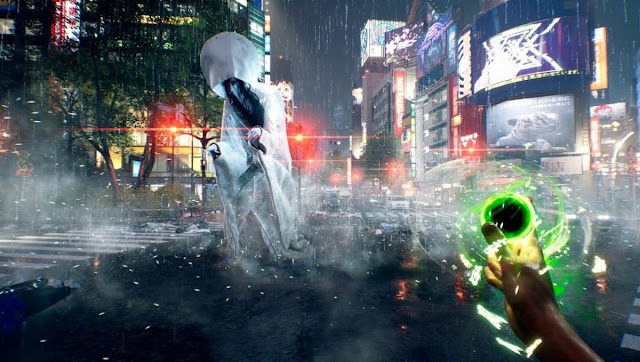 Combat is magic based, you get access to three types of magic, green, which is the default, blue, which is wide and intended to be used on crowds, and red, which works as a powerful explosive. You also get a magical bow and arrow. Fighting ghosts requires you to wear them down enough that their 'core' is exposed, this can then be destroyed to kill the ghost. Just four weapons felt a bit basic, especially with the magic which I wish there had been more types of. Enemy design is also quite limited, it felt like there should have been far more enemy types. For the most part you will be fighting different styles of faceless men in business suits, headless school girls and boys, and cardigan wearing faceless women. It was nearly always fun to battle, but I did wish there had just been more variation. There are a bunch of big bosses you battle, the design for these were often kinda cool, such as a huge spider like woman.
Experience points net you upgrades to your abilities, but the skill tree wasn't very exciting with minimal difference really to your skills.

Ghostwire: Tokyo succeeds at presenting a bizarrely empty Tokyo, music still plays out of shop fronts, adverts still play out on TV screens, and everywhere are the clothes are the inhabitants who have been spirited away. It was only in the final act I began to wish the game had presented more of a sad and sombre atmosphere, something it only began to do right at the finish, with music that really tugged at my heartstrings, especially during the downbeat and bittersweet finale. This did feel at odds with the mostly goofy atmosphere of the main experience, a goofiness that only Japanese games really excel at. Sure, I did enjoy my time with this, but even for me there was far too much collecting than what was needed, something that surely was designed to stretch out the players experience nearly at the cost of fun.