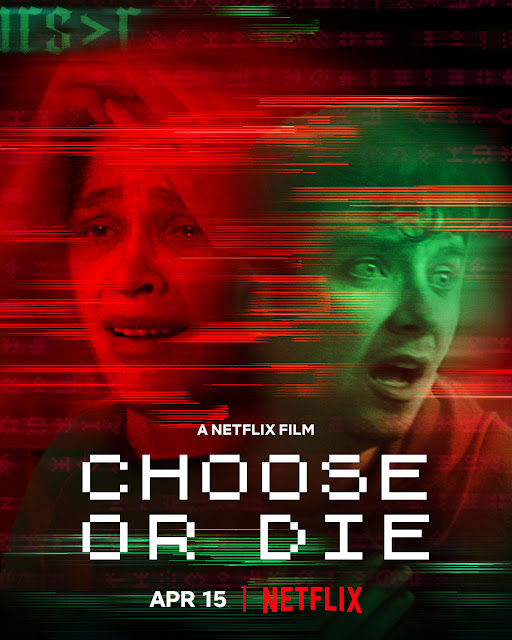 Choose or Die is a Netflix original film that marks the feature length directorial debut of Toby Meakins (Lot254), who also co-wrote this alongside Simon Allen and Matthew James Wilkinson. The only thing I had heard said about this horror was that it was surprising it wasn't a choose your own adventure film, due to Netflix having dabbled with those in the past. The idea of a cursed video game from the eighties appealed to me, I have fond memories of my Acorn Electron from when I was a child and so was happy to see some retro based horror.

Kayla (Lola Evans - The 100 TV series) is a young woman really struggling with life. She is in threat of being evicted from the apartment she shares with her mentally unwell mother in a poor crime ridden neighbourhood. While she is a computer programmer, she is unable to find a place that will accept her, so she is forced to work as a cleaner. While at her nerdy friends place one day (Isaac, played by Asa Butterfield - The Wolfman) she discovers an old video game that the box its in states has a huge cash prize for whoever should beat it. Figuring that it can't hurt to try she decides to give it a go. This turns out to be a bad move as Kayla soon finds herself forced into a brutal text adventure, one where she is made to select choices that lead to real life violent consequences for those around her. With each level of the game taking place at the same time each day, her and Isaac in the downtime seek a way to find the origins of the game and how to successfully escape its curse. 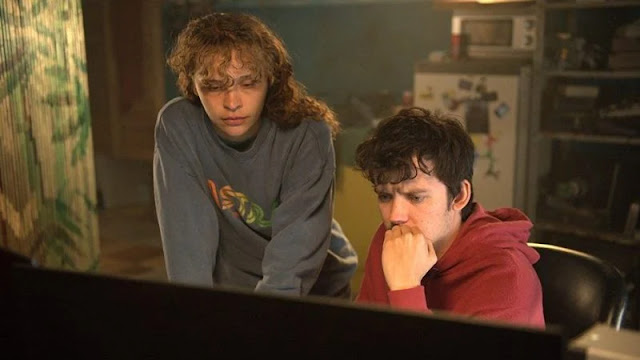 If you had stopped watching around the halfway mark then you would probably leave this thinking it wasn't good at all. This is one of those films that gets better as it goes along, by the end it has gotten suitably messed up. I wish the first half had been as inventive as it felt like just another teen horror film up to the midway point. It starts in an interesting fashion in that after a short prologue in which a middle aged man begins the game (a wonderful stand-out performance by Eddie Marsan - Feedback, The World's End), the rest of the prologue takes places as text during the intro credit sequence. The initial problem for me was how sketchy the game is, it seemed each time Kayla played the rules were completely different. The very first challenge she gets takes place entirely in the real world, in this case she accidentally causes a waitress to start force feeding herself broken glass. Later on though the ideas get more inventive. There was one part in which a victim is appearing as a character on a computer screen, both playing out in real time and as the game. Another moment has a victim appearing as if they are on VHS, Kayla able to fast forward and rewind their actions. That part in particular looked really cool. It leads up to a third act that was actually great, both calling back to an earlier moment in the film and being quite disturbing.

I thought the green graphical style and all the sound effects accompanying the game were effective, and I also thought everything that dealt with exploring the origins of the game were very interesting. Special effects are perfectly fine, there was nothing that blew my mind, though I did enjoy the effects that made characters look like they were glitching. The actors were passable, they never had too much to them, Kayla was fine as the protagonist, and the eventual antagonist character was not bad. It was cool to have Robert Englund (A Nightmare on Elm Street) in a guest vocal appearance here (he plays himself voicing the pre-recorded message that runs when the game's prize number is called). 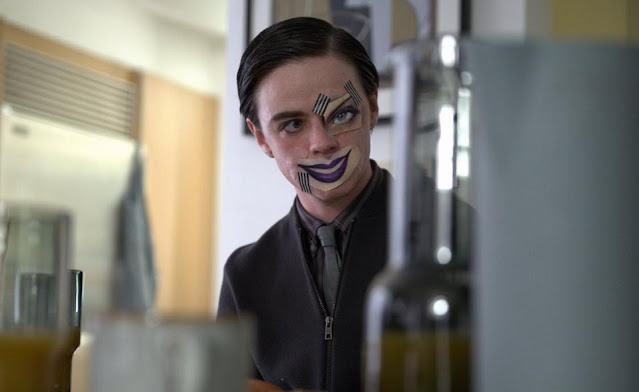 Choose or Die was a strange one as it felt like it only really came into its own during the movie's second half. I feel this would have fared better if each level of the game had been as inventive as the later ones, as a few of those 'levels' sure were a bit bland. It would also have been good if the writers had came up with concrete rules for the games, as each level felt like the rules were random. I would be lying if I said I hadn't enjoyed this though, in no way a classic but it was enjoyable for what it was.