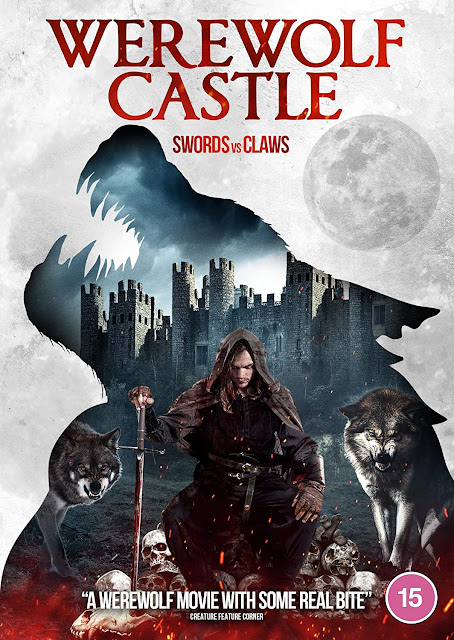 Out of all the movie monsters I would probably rate the werewolf somewhere near the bottom. I don't know why, but I just do not get excited by them, even the very best of the genre, such as An American Werewolf in London, The Howling, and Dog Soldiers I thought were merely ok. Due to this I can't say I had much excitement in my heart when I sat down to watch Werewolf Castle. This horror film, written, directed and co-edited by Charlie Steeds (Death Ranch, An English Haunting) I'm please to say, broke the mould and was pretty darn great considering its indie status.

It's Dark Ages England, or perhaps a fantasy world, but either way, a pack of werewolves is plaguing the land, wiping out village after village in their savage attacks. After his own village is attacked, a young timid man, Thorfinn (Peter Lofsgard - Vampire Virus, The Mummy) teams up with a roving band of knights. Their goal, to travel to the castle of the local King in order to seek his help in stopping the attacks. However, every step of the way the group are under attack by the werewolves, and with the groups numbers ever dwindling it may well fall to the weakest member to complete the mission. 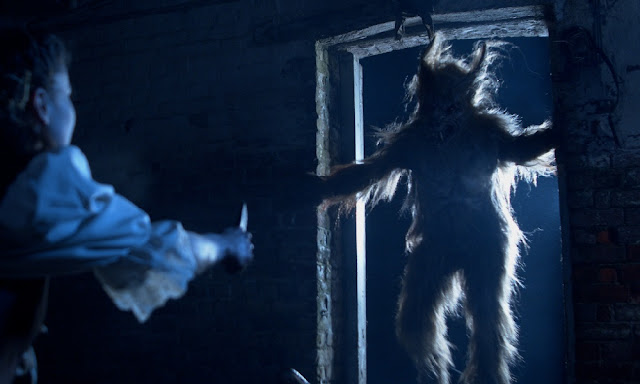 Things didn't start off well, it pretty much opens on an awkward sex scene involving Thorfinn with a girl in a barn, which is thankfully cut short by the werewolves attacking. You can tell my initial lack of interest in the film in that I'm not one hundred percent sure what the aim of the group heading to the castle actually was. It may have been to seek the King's help, it may just as well have been that this was where it had been reported the werewolves had originated from. I admit I wasn't really paying attention. However, over the course of the film I began to really get into this. The first part I began to pay attention to was the locations used to film at. The location scout did a fantastic job, sure a lot of this is filmed in woodland, but it appears ancient and not just like any old wood was chosen. The same goes for the waterfall and cave locations, both looked very old and were used to the best of their abilities.The one part that lets this down a little bit is the titular castle, it is in complete ruins which didn't make the most sense, but the more jarring thing was the obviously modern additions such as the white painted metal handrail that is attached to the spiral staircase. Obviously they wouldn't have been able to remove these due to health and safety laws, but it did detract slightly from the atmosphere.

The werewolves here are people in costumes who walk upright, but there are a lot of them. It may not have been the best, the jaws on the heads don't move for instance, but they fitted into the vibe of the film well, and they were used in plenty of fun scenes, including a cool fight sequence near the film's conclusion. The special effects in general were decent, arrows thudding into characters, plenty of glistening blood, and a nice looking part where someone has a sword shoved point first down their throat. Adding also to the feel of the film was the score by Simone Cilio, it brought to my mind a sound that reminded me heavily of the music from the Castlevania: Lords of Shadow video game. Replace the werewolves with vampires and this could well have worked as a Simon Belmont origin story. 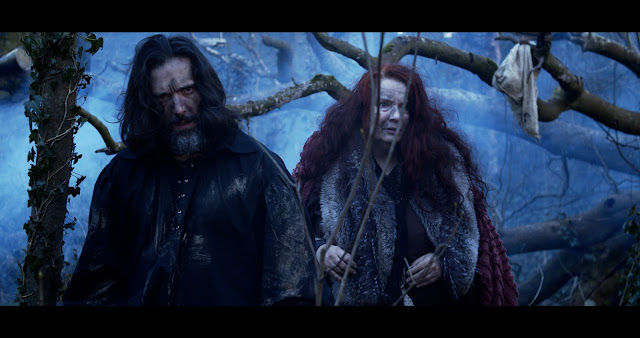 To say the acting was always fantastic would be stretching the truth, however many of the cast seemed to really be into their roles, the over acting at times adding to, rather than taking away from my enjoyment. Top of the list was Reece Connolly (A Werewolf in England) as the human face of the werewolves, he did a good job of stealing all his scenes. Despite a poor start I liked the progression of the character of Thorfinn, there were some issues at times with how he was handled, such as two moments in the film where he gets knocked out in the most pathetic looking ways possible. Despite that, Lofsgard made his ascension into being a hero believable.

I expected to dislike Werewolf Castle but it turned out to be the opposite. For all my praise, this is still an indie film, so don't expect the world, but for what it is this was supremely enjoyable to me, into this enough that I could look past some of the more suspect acting and the obvious low budget. Werewolf Castle is due to be released by High Fliers Films.