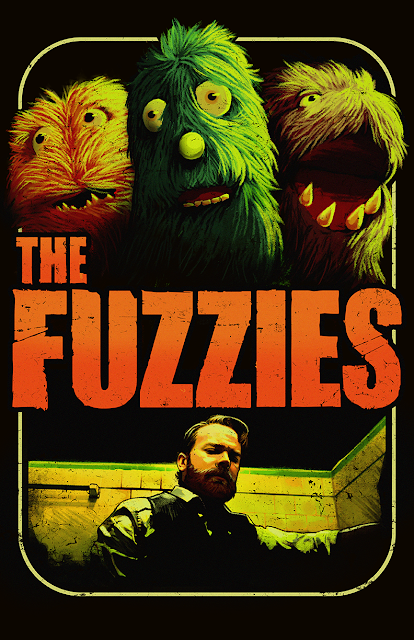 I wasn't planning on doing a news post this week, I had intended to review the first two episodes of the new audio drama, Haunted: The Audio Drama. I couldn't get the link to work unfortunately, but with the release of the show this past weekend I will just delay my review of that by a week.

I mention this mainly because of the cool poster art, but Josh Funk's short horror film The Fuzzies won Best Horror Short at the Astoria Film Festival last year. This is about a man who wakes up in a strange bathroom where something is hiding behind the walls. Funk said his inspiration for this was filmmakers who blend puppetry and stop-motion.

On December 7th The Reenactment had its North American digital debut via Freestyle Digital Media. This comedic horror movie is about a film crew who get into trouble when the abandoned house they have chosen to shoot at turns out not to be quite so abandoned after all.
Finally for today, dark alternative band, Amulet released a video for their song, Last Ditch in October. The song comes from their album, House of Black + White and is about only being able to deal with so much tragedy before you reach breaking point.
Posted by Daniel Simmonds at 14:01