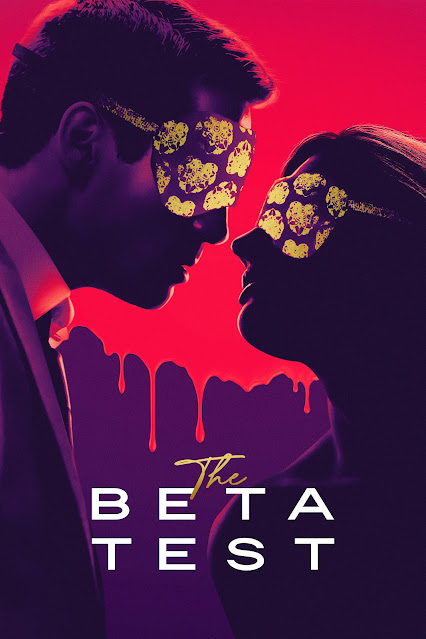 During my news round-up for last month I mentioned some of the new releases that were heading to the Arrow streaming subscription service in March. One of those was The Beta Test. This comedic thriller was co-directed and co-written by Jim Cummings (The Wolf of Snow Hollow) and P.J McCabe, and fittingly they play best friends in the film itself, with Cummings taking on the role of protagonist. I admit I wasn't that interested in seeing this, but after being given the opportunity to review it I thought I may as well, to see what the fuss was about that made this the premiere March title heading to the service.
Cummings plays Jordan Hines, a Hollywood agent for a company that is rapidly getting outdated in an evolving digital world. His salesman, larger than life persona has gotten a little out of control, with himself not really being able to tell what is real with him and what isn't. One day he receives a mysterious hand delivered letter in the post, the letter is an invitation for him to have completely anonymous sex with someone else, all he has to do is state his preferences and return the letter. Despite being engaged to his fianceé Caroline (Virginia Newcomb - The Walking Dead TV show), Jordan is unable to resist the temptation and agrees to the meet-up. However, once he has done that, and unable to find out the identity of the person he met, and unsure of who contacted him in the first place, he begins to fall into a downward spiral of paranoia and an increasing slipping of his sanity. 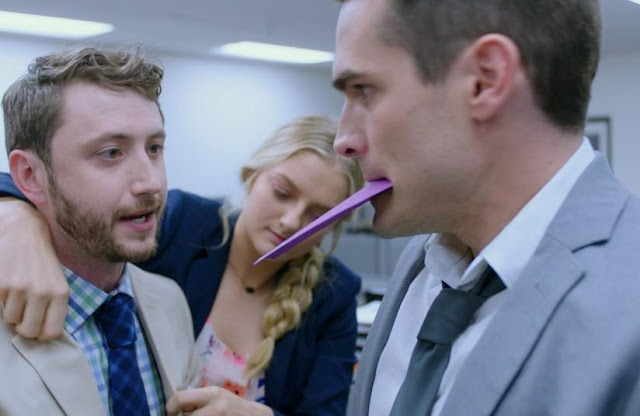 Any worries that this wouldn't be a thrilling film were washed away in the prologue, in which a woman confesses to her husband that she cheated on him and that it was a life changing time (all thanks to a mysterious letter she received in the post), before he promptly brutally stabs her to death. That was an element that interested me of course. Part of the story here is about how everyone exists online, how the wrong person could target anyone and build up a strong picture of the type of person they are based on their large digital footprint. The antagonist (if they can be called that), has made it their life to bring together unknown soul mates determined by mining these details. Much of the darker part of The Beta Test comes from people getting murdered by their significant others when the adultery is discovered, while the thriller element mainly comes from Jordan and his drastic methods used to hunt down why he was targeted.
The comedic element comes a lot from the protagonist and his ever more unhinged behaviour. Cummings was great in the role, his vapid portrayal of an ever talking salesman gave him a Patrick Bateman vibe from American Psycho. Though he reminded me a lot of this character, Jordan is much less violent and a little bit more likeable. He seemed like someone who was aware he was caught up in the Hollywood lifestyle but was powerless to stop playing his part in it. Rather than feel over the top, his outbursts remained amusing, especially with the relatively non response his zany behaviour garners. There was one moment in the film where he was doing something crazy and another character walks in and catches him, their look at him in that was scene was priceless. It was moments like that which really brought the characters to life. 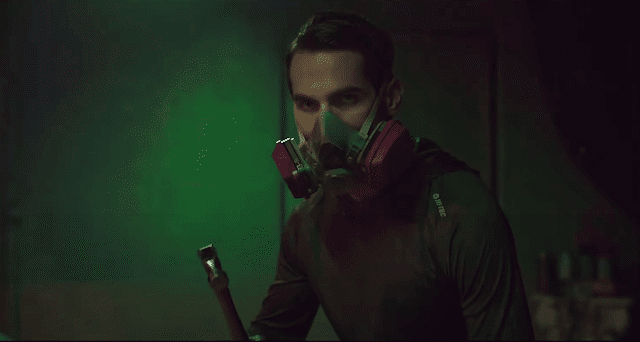 As a critique of the digital age, and of the soulless world of Hollywood and agencies The Beta Test ticked the right boxes. Some of the story I got a little lost with, but regardless I didn't once get bored watching this, and a lot of that was down to the core cast. The Beta Test will be released on the Arrow streaming subscription service on March 11th.
SCORE: