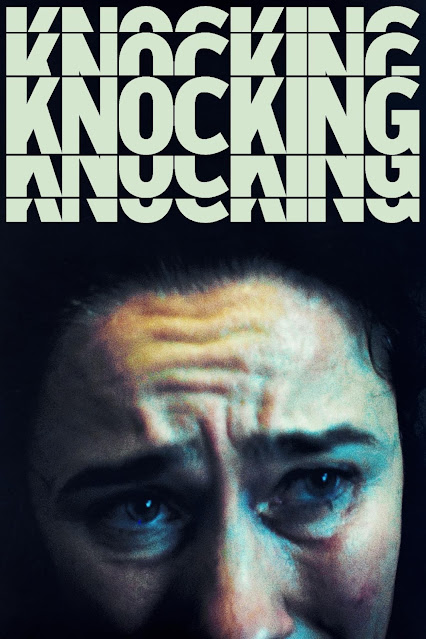 Knocking is a Swedish horror film that comes from director Frida Kempff. It's a film that deals with mental illness and follows this path right from the start. I'm always on the fence when it comes to films that could be considered 'slow burns', and Knocking certainly fits the criteria for such a film, but I found that the intriguing story, as well as a wonderful performance from the primary actress made for something fresh feeling.

Cecilia Milocco (The Circle) stars as Molly, a woman who at films start is leaving a psychiatric institute after having suffered some kind of mental breakdown. She moves into an apartment complex but right away things begin to go wrong for her. Molly becomes convinced she can hear a knocking sound coming from the apartment above, she confronts the tenant who lives there but he responds confused. Eventually she comes to think the knocking is some sort of morse code, and that there is a woman being held upstairs against her will. However, it seems she still has some problems as she displays clear signs of still suffering from mental illness, such as hallucinations both visual and audible. With her sanity beginning to unravel, is the knocking real, or another part of her damaged mind? 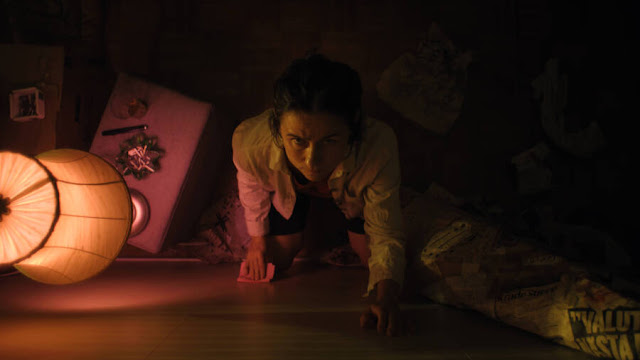 Knocking establishes early on to take what is being presented with a grain of salt. The film centres on Molly and it is her perspective we are being shown events from. It isn't long before it becomes clear she really is hallucinating events, such as a scene where she witnesses a woman in the apartment block opposite plunging to her death, yet when Molly races to the scene she is surprised to see no sign whatsoever that what she had seen actually took place. Milocco is fantastic in this central role, she gives a believable performance as a troubled woman and never exaggerates her characters troubles. The actress brings an uncomfortable realness to this character, she seems like someone at war with her own mind, but losing the battle. While she is alone for much of the film, it is when she is around other characters that you can see how unbalanced the character is, and that is down in part to the style of filming. One early scene that has her out shopping manages to create a claustrophobic and bewildering feel, creating a feel of anxiety from the shots used. A key scene around the end of the second act has the actress wearing a body cam to give a dizzying perspective of her actions, this body cam mainly has the view of her face, but also included a bit showing the back of her head.

The way the story is presented makes you as the viewer constantly question her actions, I felt uncomfortable at many points as I could see how unsettled Molly appeared to be, yet she was oblivious of her own state. While the film is shot to represent what the character thinks she is seeing, she never comes across as anything less than someone who is barely holding it together. The sound design in particular was a strong point, the knocking was an essential sound effect to get right. There were a couple of flashback sequences set at a beach, likely the source of Molly's mental breakdown, many of these flashbacks utilised drone shots which added to the alien feel of them. Special effects are used sparsely but they all worked well. As to the language barrier, the English subtitles were simple to read, and well written. To be honest there wasn't too much dialogue anyway. 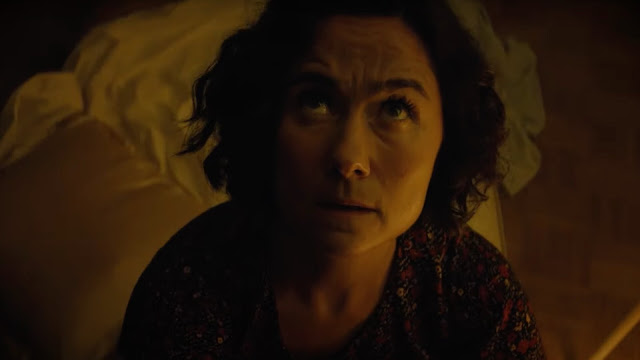 Knocking was a slow burn claustrophobic horror that worked, and one that kept you guessing. It is all too easy to represent mental illness badly on film, but here, Milocco gave a grounded performance that made me both care about the character and pity her. It maybe gets almost a little too slow in places, but by the end it pulled it together for a satisfying and bittersweet finish. Knocking came to the Arrow streaming subscription service on March 11th.