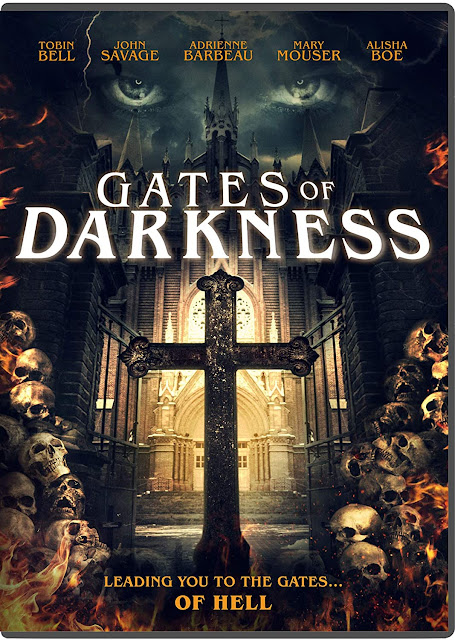 I will preface this by saying my head is not really in a good place at the moment. Even with that in mind however I don't think the Don E. FauntLeRoy (Anaconda 3: Offspring) directed demonic possession film Gates of Darkness could be described as anything more than subpar. While it takes a look at a real world issue (in this case the historic abuse of priests in the Catholic church), it is done in such a weird and unenjoyable way that it left me feeling more cold than than the characters in their supernaturally chilled dwelling were complaining to be.

Very awkward Goth teenager Stephen (Randy Shelly - A Gothic Tale) is becoming more and more distanced from his on the surface happy family, much to the worry of his mother and to the annoyance of his step-father (Elimu Nelson - The Summoning). Meanwhile, Stephen's devoutly religious twin sister, Michelle (Mary Mouser - Cobra Kai TV series) begins to experience sudden flashes of memory from her brother that hints he may be suffering from a real darkness from his past. Oh, and also Stephen may be possessed by a demon. 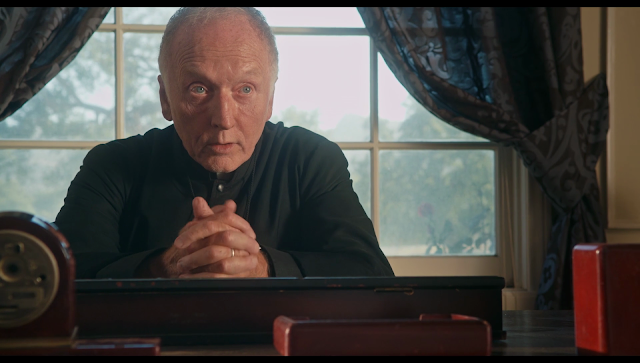 It felt at times that Gates of Darkness only grudgingly wanted to be a horror film. The many quickly edited flashbacks that Stephen/Michelle has hints at an obvious root cause for Stephen's current sullenness. It is only after the halfway point that a visible supernatural element is introduced, but even then, with objects moving around on their own the family still think the boy is just mentally ill. Much of the film follows Stephen in all hs dark and brooding phases, such as refusing to come out of his room, listening to loud music at night, and not helping with chores. To be fair to the character, he wasn't irritating, he definitely looked goofy with his dyed black emo hair and constantly wearing a spiked neckband but there wasn't any real malice to him. Other characters were both bland and bizarre. Towards the end of the first act for instance a character who had been acting weird in all their scenes suddenly, and very publicly kills themself, and then there is Father Dumal (Brandon Beemer - Damn Sea Vampires!) who stands around in the background giving piercing looks at various other characters but not actually doing anything until the story calls for it. The one saving grace Gates of Darkness has is Tobin Bell (the Saw franchise) who plays Monsignor Canell, he, by proxy stole all his scenes as he didn't have much competition. While he tries to do all the heavy lifting to make the movie somewhat watchable, it was a bit too much for just the one actor to achieve.

The supernatural horror element is slight, but does feature more heavily towards the end. It leads up to a nice (if short) exorcism scene that has Bell's character rocking up to a house garbed in classic The Exorcist gear. He is even given a neat little lightning flash to accompany his knocking on the door. That was by far the best scene in the movie. The worst scene by the way was the pitiful looking CG ghost that attempts to scare the audience in the mid credits zinger. There were a few other ghosts in the film, but they felt more surreal than scary, I think one of them was meant to be a The Sixth Sense style twist, but it was painfully obvious no one on set was paying any attention whatsoever to the character so it didn't land when it was revealed they had died some months previously. I must also mention the bewildering editing that is going on throughout, the camera is constantly shifting angles for seemingly no reason at all, this coupled with the bland lines and lack of life some of the actors put into reading them and you have a movie that seemed uncomfortable in its own skin. 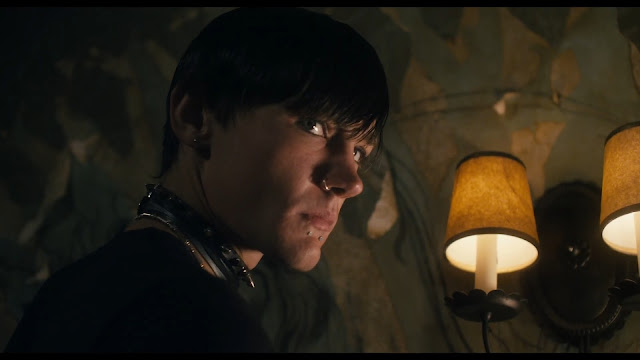 With regards to putting a spotlight on the crimes of priests that was all well and good, as there have been lots of terrible cover-ups that have been revealed in recent times. Adding in a supernatural possession element however didn't gel well. The horror was always slight, and the film was never more than a few minutes away from going into one of its spirals of fast editing. Gates of Darkness is due for release on 18th April thanks to High Fliers Films.