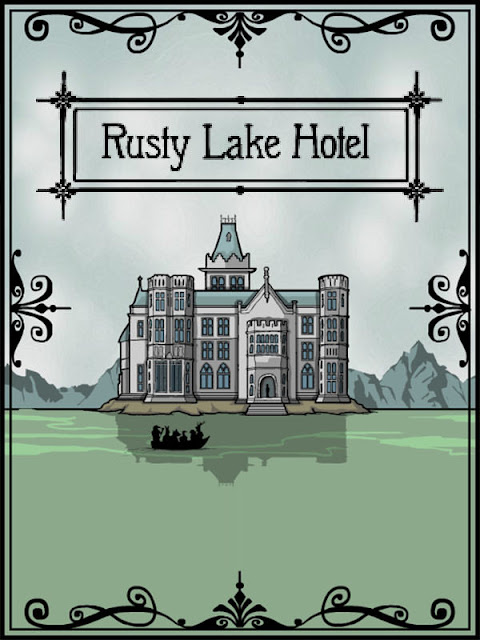 I have had a bad week full of bad luck and as such I have been unable to keep to my usual schedule of blog posts. It has led to me spending more time than usual in my bedroom, it was there I looked into what decent iPhone games there are. I learnt of an interconnected series of slight horror games that take place in a shared universe based around the mystery of Rusty Lake. Many of these games were included in the free to play Cube Escape Collection. Rusty Lake Hotel was the first 'premium' game, meaning I had to pay for it, but at around £1.50 (I believe), it was well worth the price.

In the grand order of the Rusty Lake series this is actually the seventh game and so some of the story around the edges here will not make much sense unless you have played the other games. Rusty Lake Hotel takes place in 1893 in the titular hotel. This hotel, owned by Mr. Owl, and run by Mr. Crow, has invited five guests to stay for five nights, they are Mr. Deer, Mr. Rabbit, Mrs. Pigeon, Ms. Pheasant, and Mr. Boar. Each day they will be treated to a new meal, one in which you have to collect the ingredients for. The darkness is revealed in the recipes themselves, each one is a meat dish, the meat coming from one of the guests... 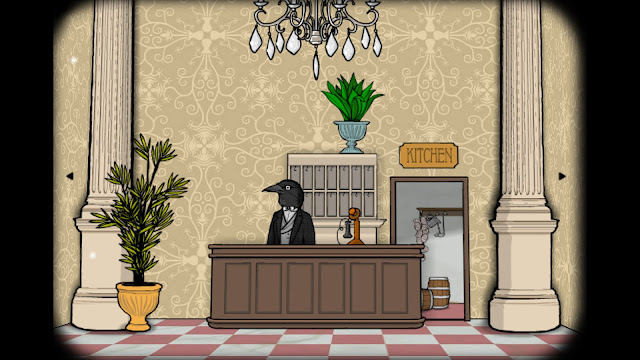 Like all the other games in the series this one is an escape room game. Instead of escaping however, each of the five rooms takes place in one of the hotel guests' rooms, the goal is not to escape, but to find a means to kill the guests. Each of the rooms is full of simple puzzles to solve. Clues for these puzzles are dotted around the room in pictures and notes, often the prize for solving these will be keys used to unlock cupboards that in turn reveal either more puzzles, or items used to progress. Most the rooms have a theme to them, Mr. Rabbit for example is a magician, so his room is full of magic tricks, Ms. Pheasant wants you to take photos of her, and so her room is set up for a photo shoot.

Compared to some of the other games in the series I didn't find this one as difficult. For each meal you cook there are two optional ingredients, one to be found prior to starting the escape room, and one hidden within it. Getting all five meals done perfectly provides you with a code to use in the next game in the series, Cube Escape: Birthday. I enjoyed the wraparound element of this being based in a hotel, and the bright but slightly creepy vibe was as attractive as always. The story wasn't the strongest part of this, there were more revelations to the overall story, but if you hadn't played any of the other games it really wouldn't make much sense. 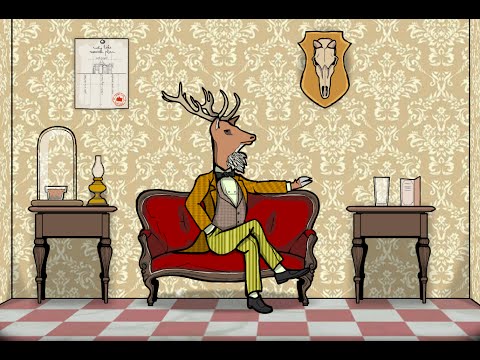 I've never been one to put much stock into phone based games, they just feel far more throwaway than proper games. This week, with my TV somewhat off limits to me I have come to appreciate them more. With such a cheap price I can't really complain about Rusty Lake Hotel, I got my monies worth, I would only suggest that it isn't really worth playing if you are not committed to playing the series as a whole.

Posted by Daniel Simmonds at 03:41