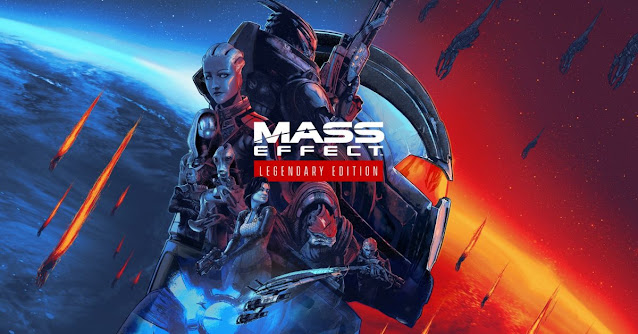 Mass Effect is one of my favourite series of video games despite fair criticisms drew against some of the entries. I have previously reviewed each of the games in the Mass Effect Legendary Edition separately, this being made up of Mass Effect, Mass Effect 2, and Mass Effect 3. Due to that I won't give an involved insight into each of the games, more speak about how they hold up in modern day.

While some didn't enjoy the first game in this sci-fi action RPG series, I always loved it. It had some clunky parts to it but for me I thought the story and world building was amazing and so could overcome these small issues. For the remaster it has been brought more in line with later entries, some parts made easier (such as the Noveria boss fight against an Asari squad) and the gameplay made smoother. The much hated Mako parts have also been improved, mainly thanks to a neat new boost button. This has obviously dated the most, the locations are very similar in look with the same tile set often being reused, but the story still holds up. One part that is missing here is the Pinnacle Station DLC. It is a shame that this wasn't able to be included, but truth be told, as much of a shame as it is, that was by far the worst DLC, essentially just a training mode that was a bit dull to play through. 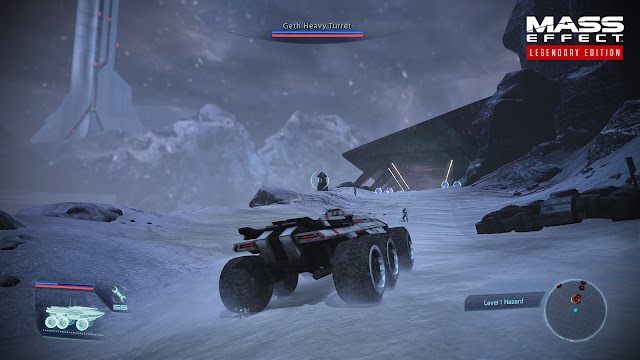 Mass Effect 2 has always been the gem in the crown of the original trilogy, and remains one of my favourite video games of all time. I love that the Shepherd in this one is a rogue, forced to team up with the villainous Cerberus group in order to stop the mysterious Collectors from abducting the populations of human colonies. Again, this has dated a little, but I find it hard to fault this game, some of the smaller side missions may be a little pointless, but the loyalty missions, as well as the characters themselves are what make this entry so special to me, plus the music is sublime.

Finally, the bad seed of the trilogy, the much maligned Mass Effect 3. I actually enjoyed this far more than I expected to, sure the ending is still atrocious, leaving as ever a bad taste in the mouth, but the lead up to this is fun, I found the more action focussed levels more enjoyable than I recalled them being, while the three main DLC missions are each cool in their own way, especially Citadel which gives you plenty of time to spend with characters from both past and present games, as well as a goofy but exciting story involving Shepherd's evil clone. With all the additional armour and weapon sets added to the game I did discover that no matter how you play it is not possible to buy everything, a shame as I like to collect everything. This entry sure did introduce some lame characters though, from the pathetic edgelord antagonist of Kai Leng, to the bland new teammate of meathead Vega, few really stood out as well as the returning characters. Missing here is the multiplayer segment, truth be told I never once played it in the original release so have zero concern it not being here. 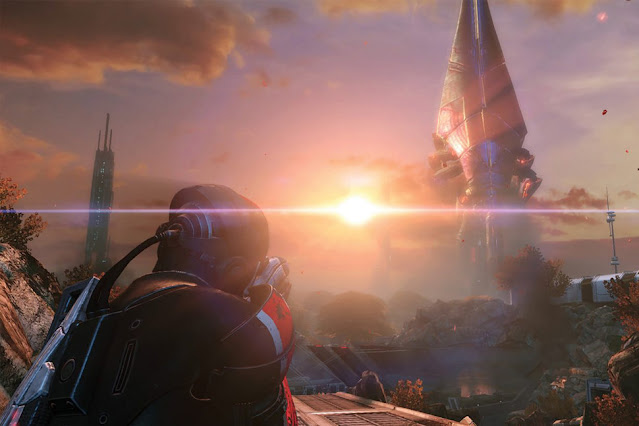 For such a huge fan of the series Mass Effect Legendary Edition was always going to be something I couldn't help but like. It is a shame that it isn't totally complete, but the improvements to graphics and with the first game at least, gameplay means that this holds up today as much as it has in the past. The Mass Effect trilogy is full of great characters that you really come to love over the three games, while the story frequently is something special, helped in no small part by the amazing world building, and often brilliant soundtrack. A lot of value for money and a great package, this comes highly recommended.