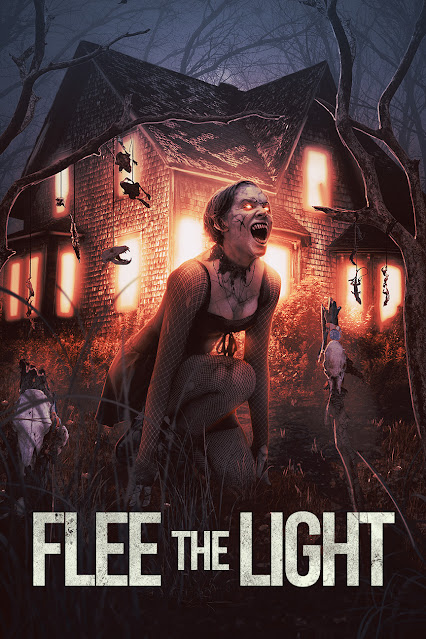 Flee The Light is an award winning demonic possession film that was the directorial debut of Alexandra Senza, with a story written by Jennifer Mancini in her first writing credit. Due to a terrible week I only managed to watch this in small bursts of about twenty minutes at a time. I appreciate that will affect my feel for the movie, but even if that hadn't happened I don't think I would have really understood the story being told.

Delfi (Ariana Marquis - Worms) has suffered apparent mental health issues her whole life, and when she once again begins to see and hear things that aren't there, her sister Andra (Annie Tuma - Wasteland) gets her to visit a psychiatrist. The man suspects however that Delfi's issues may be supernatural in nature and is unable to help. It seems there is a dark entity that has plagued Delfi her whole life, and Andra's attempts to help her sister may result in the entity turning its attention onto her. 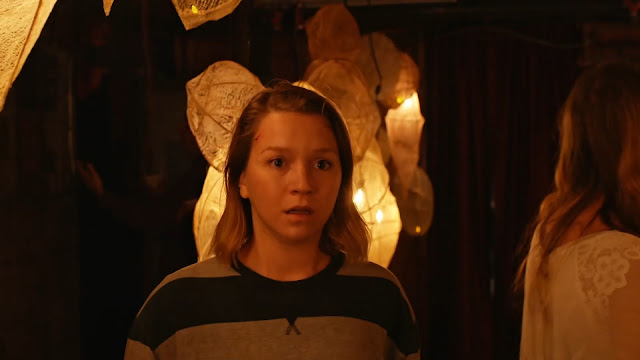 Thanks to a prologue set hundreds of years in the past, we know that the trouble with Delfi isn't down to something explainable, though it takes her sister a whole lot longer to realise this. Maybe it was due to the fragmented way I watched this but I was a bit confused by the plot. At some point the focus switches from Delfi to Andra and I'm not sure exactly why this happened. Out of the two Marquis was the better at acting manic and crazy as their seemed a frailty to her, the character of Andra was a lot more angry and generically insane. Then there was the character of Sid (Jamar Adams Thompson - Kubric), he appeared at the halfway point and didn't seem to serve too much of a purpose. He did during the final act, but there was so little to his character, not helped by the fact he only appeared in around three scenes. That was a problem with the characters in general, they were never fleshed out enough to make me as a viewer care about them.

The horror is slight, the entity depicted as a black CG smog like figure, while frequent flashbacks to the prologue suggest at how this first got involved with the characters. Towards the end there was some decent looking makeup effects for a possessed character, all black veins and grotesque teeth. In a The Evil Dead style fashion characters can get picked up and thrown around psychically by the possessed. Much of the film however isn't really focussed on the horror, and it isn't bad. It leads up to a trippy experience in a club Delfi and Andra visit, there was an effective dreamlike vibe achieved there. 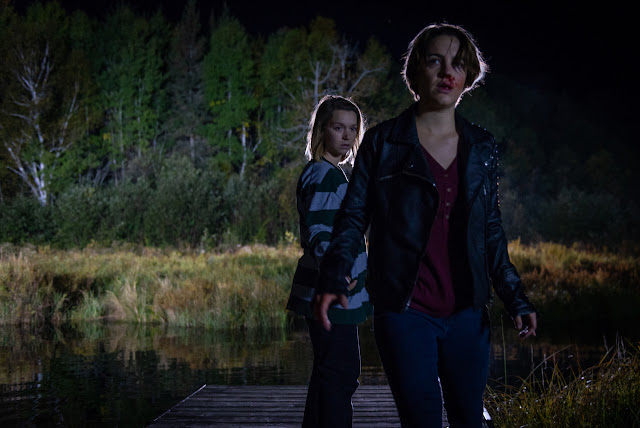 Flee The Light wasn't a bad film, for me it just never really achieved a cohesive story that I was able to follow, while the few characters didn't have enough to their personalities to stand out. It never went as far as I would have liked into horror, while the witch type plot didn't really satisfy either. Flee The Light was released on February 15th from Breaking Glass Pictures.

Posted by Daniel Simmonds at 10:42