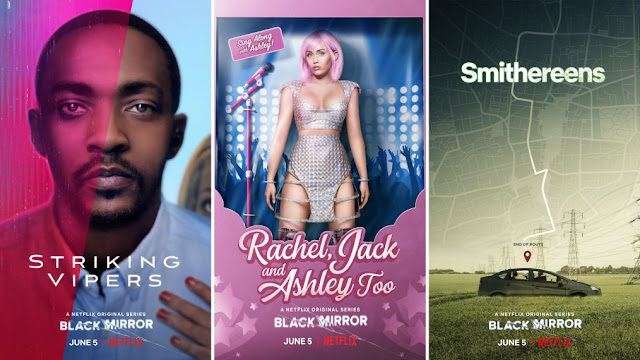 I have long loved the dark anthology show Black Mirror, in my opinion the fourth season was quite possibly the best in terms of consistency. For this fifth and at the moment final season, the show has gone back to a three episode season length. The show is still good, yet this, compared to previous seasons, is far more mellow, and the stories not as dark and disturbing.

Starting off with Striking Vipers which explores just what it means to actually cheat on someone. Danny (Anthony Mackie - Avengers: Endgame) and his best friend, Karl (Yahya Abdul-Mateen II - Aquaman) have got a hold of a revolutionary new VR fighting game, the titular Fighting Vipers. When the two discover the intensely realistic virtual setting allows them to have virtual sex with each other it threatens to ruin the somewhat stagnant relationship Danny has with his wife, Theo (Nicole Beharie - Sleepy Hollow TV series). Much of this episode made me cringe in a bad way with how awkward it all was. So much so that it took me a good six months to pick my way through it. A look at technology that hasn't been done before in the show, yet it wasn't one of the darkest episodes out there and didn't really have much past its central idea. 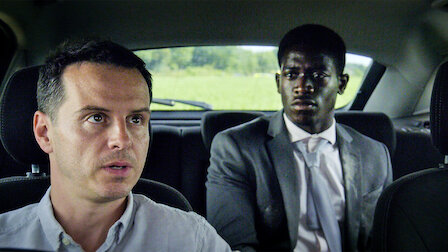 The middle episode is Smithereens in which a desperate man, Chris (Andrew Scott - Sherlock), takes hostage a young intern from a Facebook like social media company (Damson Idris - The Twilight Zone TV series). This one was far more grounded in reality and explores today's societies obsession with social media, how people live within the internet rather than appreciate the world around them. This was my favourite of the season with a good performance from Scott that leads up to an ending that slightly confused me until I read up on just why it ended that way.

The final episode was the one that got the most press as it features pop singer Miley Cyrus in a starring role. Rachel, Jack and Ashley Too had the potential to be really dark but instead came across as one of the more light hearted episodes, that didn't really fit the typical Black Mirror vibe. In this one, Cyrus plays a popstar named Ashley, secretly jaded and hating the fake persona she has to present to the world, and stifled from going her own way by her controlling agent Catherine (Susan Pourfar). Elsewhere a lonely teen (Angourie Rice - Spider-Man: Far From Home) befriends an Ashley doll with a simulated personality who it is discovered is far more real than initially appeared. A.I has appeared many times in other Black Mirror episodes, here there is a far more less miserable approach to how things play out, I found myself enjoying this, but it doesn't take that serious an approach to its topic. It was also interesting to see Nine Inch Nails songs repurposed as more poppy alternatives in this alternate reality. 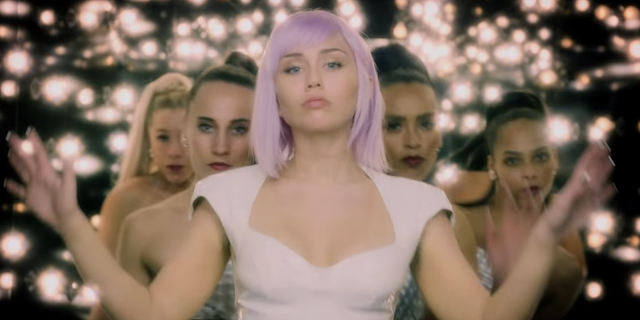 Season five of Black Mirror was perfectly fine, some nice casting choices and put together as well as it always has been. Personally, I'm always after darker episodes, the more harrowing the better, and with only one of the three here going vaguely near that territory I was left feeling a bit like this wasn't really designed to appeal to me. Due to the pandemic the series creator Charlie Brooker has declined to make any more seasons as he apparently said the real world is depressing enough already. Hopefully there will be more seasons to come, and that the time away from the show will have given him plenty of time to come up with more ideas.