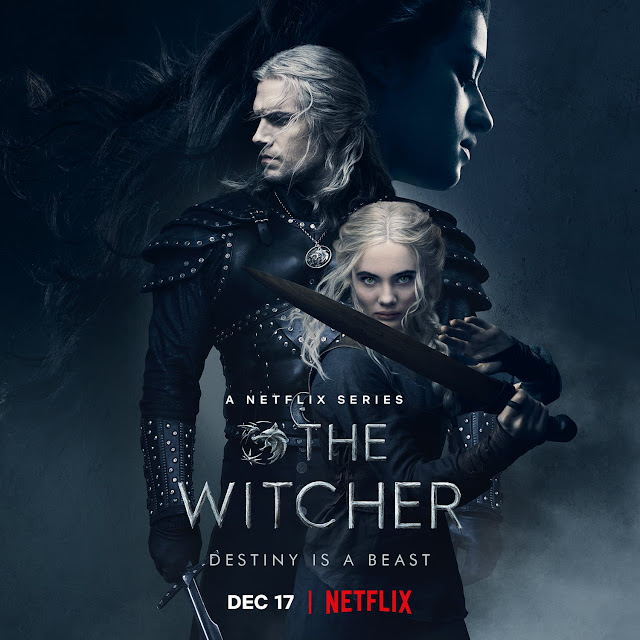 The Witcher was a video game series that I enjoyed playing through a few years back (The Witcher, The Witcher 2: Assassins of Kings, and The Witcher 3: Wild Hunt). At least that was my introduction to this dark fantasy world. The games were actually based on the Polish books by Andrzej Sapkowski, which the Netflix show also uses as a base. In my review of the first season of The Witcher I didn't say much as for some reason I declined to review it. A very quick review would be that it was good enough that my non-fantasy liking friend was fully on board, though perhaps wouldn't have been if not for Henry Cavill (Batman v Superman: Dawn of Justice). Mild spoilers for the first season to follow.

With the Witcher Geralt (Cavill) finally having located the girl he had sworn to protect, Ciri (Freya Allan), he decides to take her to the safest place he can think of, the secluded Witcher stronghold of Kaer Morhen. Meanwhile, the sorceress Yennefer (Anya Chalotra), believed to have died at the battle of  Sodden instead survived, and finds herself a prisoner of the invading Nilfgaardian army. Elsewhere, a powerful witch sets plans in motion to escape the confines of the magical prison from which she had been sealed in centuries earlier by a group of Witchers. 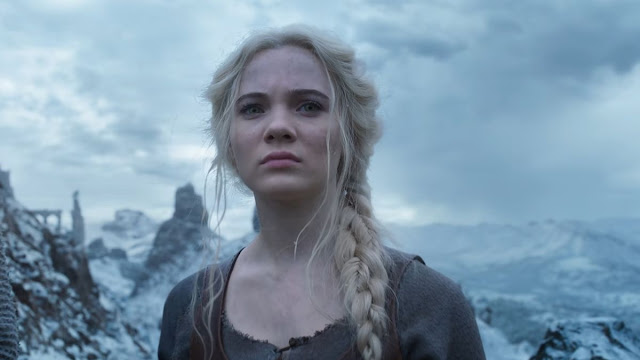 A complaint people had with the first season of this show was how confusing it became with all the leaping around in time. Personally I thought that was quite a clever concept, one that was able to happen due to the principal main characters who don't age as normal humans do. Maybe taking that criticism in mind, season two follows a far more traditional route through its eight episodes run. The first season at times felt like each episode was a separate self contained story, which makes sense seeing as many of the The Witcher books were in fact written as a collection of short stories. Things start off similar here with A Grain of Truth, this taken from the first Witcher book, The Last Wish. It was an excellent start to the new season, showing the morally grey world where good and evil are forever shaded. Flipping all the way to final episode, Family I have to say how much better this worked than season ones finale. There you had what was essentially a flashback episode as Geralt lay severely injured and reflected back on his childhood, while this finale is a culmination of a grand overarching story.

Cavill was once again fantastic as Geralt, it is hard to imagine anyone else being able to so effortlessly portray the gruff and brooding loner. This is a show full of great actors and it was nice to see plenty of returning ones, such as the bard Jaskier (Joey Batey), the mage Istredd (Royce Pierreson - The Irregulars) and too many others to name. Even characters who have previously died manage to come back, either via the plot device of flashbacks or dreams. My fault often wasn't with the standard of acting at all, but with characters, for one I found Ciri's youthful innocence to get me despairing at the frequent stupid decisions she makes. As a whole I was invested in these characters, you believe that they care about each other and the things they believe in.
All of this acting is supplemented by lovely sets, some pretty decent special effects and often good directing. There seemed to be more fighting in this season, typically against grotesque monsters, but it leaves room for a couple of violent looking scenes of Geralt fighting humans, none more so than in episode six, Dear Friend... Here there is a long scene that incorporates sudden slowdown during key moments that looked great, but I admit was a bit distracting as this is the only time in the whole series this occurs, and reminded me of the fights from The Kingsmen series of films. 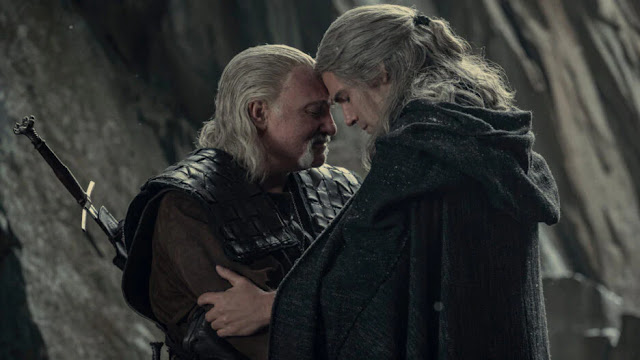 The Witcher: Season 2 as a whole isn't better than what came before. Episode to episode however it is better, there is a more cohesive story, a much better finale, and generally a better feel to the world of The Witcher. It isn't all perfect however, parts that take place at the HQ of the mages often felt a bit convoluted and confusing, while some returning characters who had large roles to play left me confused due to not remembering their importance. With all that out the way however, me and my friend binge watched nearly the entirety of this in one sitting, which goes to say how good a show it was, especially if you had any idea what my friend's attention span is like! The Witcher can be viewed on Netflix.

Posted by Daniel Simmonds at 10:36