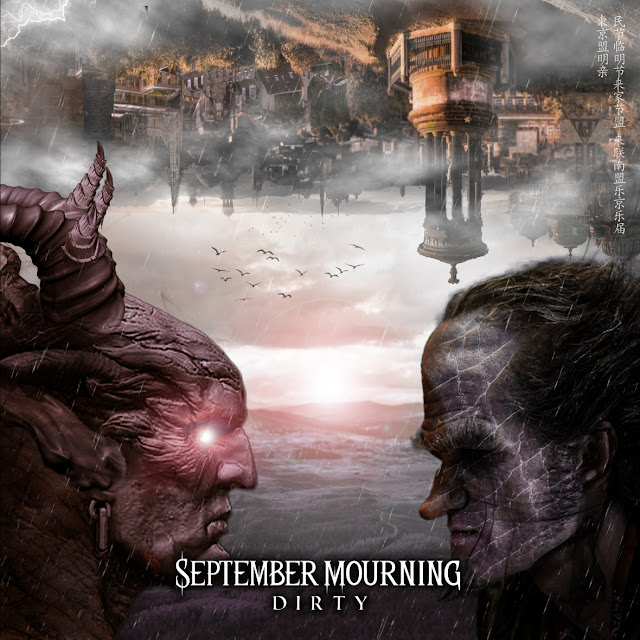 I got away without doing a fifth blog post last week, I probably should though, as long as I got one day out of my three day weekend to not do any kind of work I am happy. With that in mind here's a lightning quick news post with the top two emails and the very bottom one from my digital news sack.

September Mourning revealed their new music video for track Dirty, exclusively on ZORA NFT platform. This single (the first since Falling Awake) is only available via front-woman Emily Lazar's NFT Media Box Monster Rehab collaboration, September's Monsters. I didn't anticipate how much into the public consciousness NFT related things would come, but its been creeping into everything from art to video games to music. Lazar says of this decision "If you want a one of a kind piece of merch, there will only be one of these. Making it more special, this music video I wrote and conceptualized is my directorial debut..."

Small town crime thriller Harvey arrived on VOD platforms on January 7th thanks to Midnight Releasing. This is about the titular Harvey who awakens after a night of heavy drinking to discover he just may have murdered a man during the missing hours that he blacked out. In my review I said of this "...Harvey improved steadily...I found myself getting more into the small town vibe..." VOD platforms include iTunes, Vudu, Google Play, Xbox Video, Vimeo, YouTube, Fandango, and Direct TV.
Finally for this week, some music news from September (the month this time, not the band) last year. UK industrial/metal one-man project Raze the Altar released their self-titled track from their new album Cataclysm Eden that came out in October of last year. Dylan said of the track "Everybody deserves better, and nobody should be struck down for the sake of another. Stand up for yourself and know your worth, don't be a sacrifice, raze that altar that you've been placed on".
Posted by Daniel Simmonds at 10:25