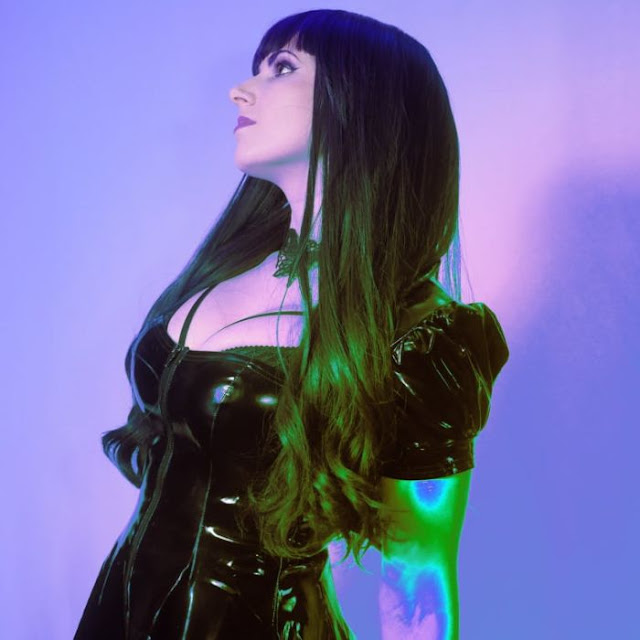 I have found myself with an unexpected four days of annual leave I was required to take by the end of January so will try and put that to good use. I often complain about my fit to bursting email inbox and so today I will try and expel some of the music news, however old it may now be.

Back in September electro-pop artist Eva X released a video for their track, Machine. This was directed, shot and edited by Erik Gustafson (Grendel/Adoration Destroyed). This track was the first look at her album, I Dream Of A Reality (due out this year) and is about "...what being beautiful in the alternative community looks and feels like, and how far we go for aesthetics...a video that captured both the sexiness I wanted and the reality of cutting and injecting ourselves for it."

Then towards the end of last year came her second single taken from the upcoming album, this one titled Whipping Girl and was the first to be directed and shot by the singer. She says of this track "...one of my favourite songs from the upcoming album. It's kind of the resident breakup song. It's about looking someone in the eye and telling them you won't take their bad treatment any longer."
October 1st saw the release of Vazum's single Frankenstein Gurl. This electronic dance track was taken from their album, Unrated V. The song 'tells the story of a genetically engineered human who questions their existence'. For more details check out their Bandcamp page.
Talking of Unrated V, that released on October 22nd. It is made up of twelve electronic tracks 'inspired by classic horror tales and ghoulish characters'. This album is the electronic counterpart to 2020's Rated V.
The final bit of Vazum news is that new double single, Gallows was released on the 31st December. This includes both a version of the song performed in deathgaze fashion, the second is an electronic, dancy version titled Lost Forest Mix.
Chicago based Bullet To The Heart released a music video for their track Heathen in October. The track is about the decision between fighting your demons or joining them. The track can be streamed on Spotify and follows on from Tortured Pleasure and Birth Of A Tragedy.
Sticking with the Halloween month, this saw the release of Lore, the new LP from darkwave band The Blue Hour. The press release says of the EP; 'Lore is a journey through struggle, transcendence and love. Dreamlike, each song tells a true story imbued with nature and fantastic worlds.'
Goth/post-punk band The Funeral March released Flood in October, this was their sixth release. The concept for the EP was created in the same sessions as Useless. The aim with this EP was to create something different to what they had done before, it also includes a remix of song Flood by Hide Tepes from Carrion.
Finally, Thomas Crane is apparently best known as a music video director and the head of killDevil Films and back in October (again) he released the official music video for his new track Monsters Walk Among Us. This award winning video has Crane playing the part of 'The Gemini Killer'; a 'ruthless but flamboyant serial killer'
Posted by Daniel Simmonds at 07:39