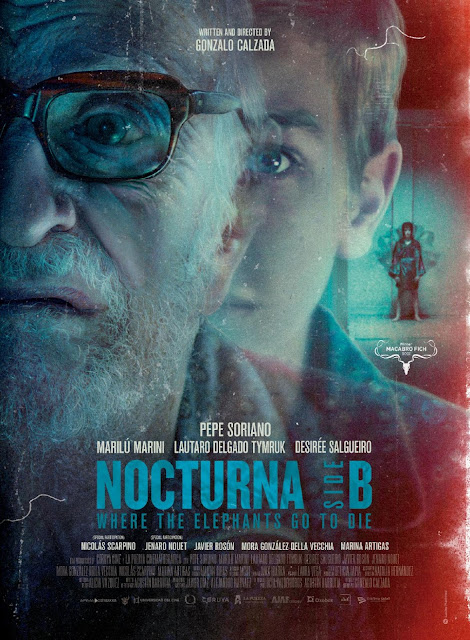 Nocturna: Side B - Where the Elephants Go to Die is a companion piece to the brilliant Nocturna: Side A - The Great Old Man's Night, both of which were written and directed by Gonzalo Calzada (Luciferina). I had heard this part of the double bill was more experimental, but I wasn't prepared for just how experimental this turned out to be. Was this arty? Sure, but for me personally, was it interesting? Not so much.

Side A focussed on the elderly Ulises (Pepe Soriano), this second part instead focuses on his wife, Dalia (Marilú Marini). This is vaguely a retelling of that first movie, in so much that key parts of that story are represented here. More than anything though this is a monologue from Dalia as she tries to explain her mindset of the world, and how hard it is to let go. 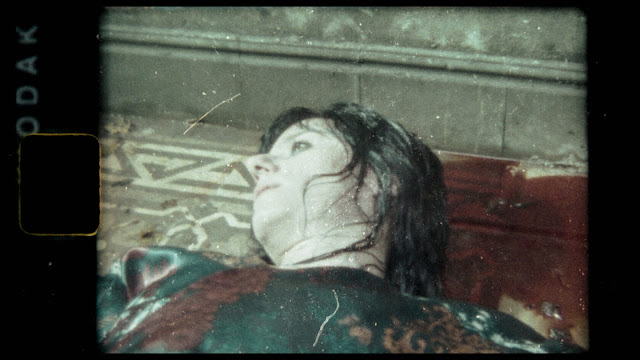 Thankfully this wasn't too long of a film, running at just over an hour long. To me it felt like it was a lot longer and found myself frequently clock watching or even worse subconsciously picking up my phone and starting to browse various websites. Of course, this is an insult to the director but while I appreciated this I could not get into it. I think part of the problem is the subtitles, dubbing is the very worst thing in my opinion, I always listen to foreign language films in their native tongue, but with Part B at times there is so much dialogue being spoken that I found my eyes glued to the bottom of the screen reading it, missing out on the various images that are meant to combine with the words. There is a lot of repetition here, both in what is being said and what is being shown, so eventually this became less of an issue, especially after the very fast editing that makes up the prologue to the movie.

The whole film is presented as if it was footage recorded on a Super 8 camera, and much of what is shown is constantly repeating on short loops. This plays in to what Dalia says at the start of the movie, that older camera and video formats were able to trap in time memories and emotions. I did find this a bit exhausting to watch though. This does show the events of Part A but also includes a bunch of new footage, albeit short moments that are looped, mixed in with what I assume was re-use of footage from the first movie. While this didn't have much of an actual plot to it I will admit that it did work at providing more details about aspects of what came before. For me, the man who Ulises assumes is a thief gets a lot more backstory, revealing something that I didn't realise before. In that regard it made the first film that tiny bit better than it already was. 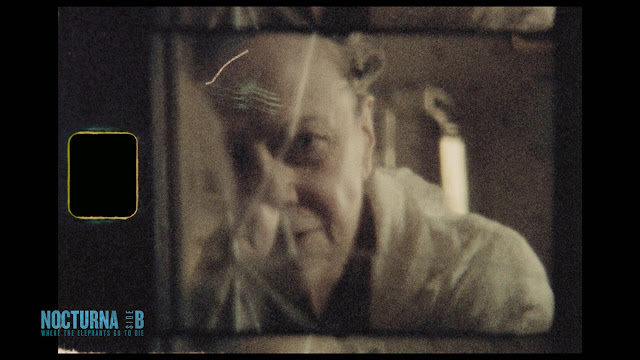 Nocturna: Side B - Where the Elephants Go to Die isn't an essential watch if you have seen Side A. While it does give some better context for parts of that one, as a stand alone film it was a bit too experimental for my liking. My criticisms shouldn't detract from the artful creation this is, more that you should be prepared that this isn't too interested in pandering to audience expectations and so may leave you a little bored. This releases alongside the first one on January 18th.