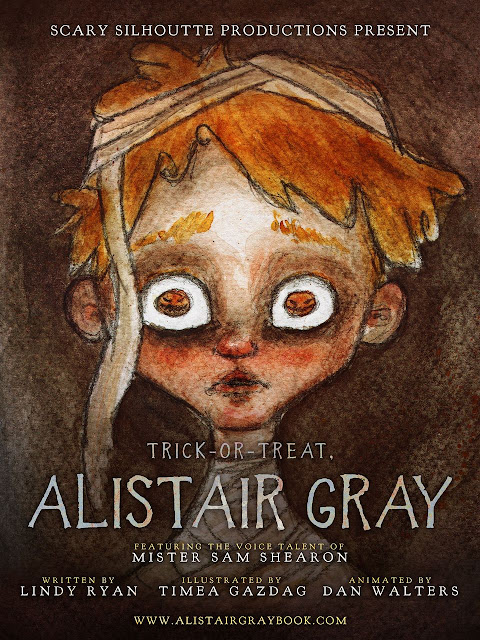 Trick or Treat is a short eight and a bit minute film that was based on the book of the same name by Lindy Ryan. It features illustrations by Timea Gazdag and was narrated by Sam Shearon, with animation by Dan Walters. This was the winner of the Outstanding Achievement in an Animated Film at the Cult Critic Movie Awards 2021.

Alistair Grey is a young boy who is disillusioned by his school's trick or treat event. While he is dressed as a mummy he is disappointed that many of his classmates haven't dressed as scary monsters. He decides to head outside in search of real monsters, and along the way learns the true meaning of Halloween.

There wasn't much to dislike here, the short is made up of rhyming couplets, and geared for children it obviously wasn't designed to be frightening. It was interesting that the explanation for Halloween was actually informative, providing such explanations such as the purpose of lit pumpkins and the reason for treats. The illustrations are sparsely animated but they looked nice, obviously inspired by Tim Burton's style, as well as Lemony Snicket's The Dark (that later one something I'm not familiar with) while I thought the simple tune that plays throughout was effective, quite fairy tale like. All in all, aside from a few moments where I couldn't quite understand what lines were being said, this wasn't bad.