The Rotting Zombie's Round-up of Horror News for December 2021 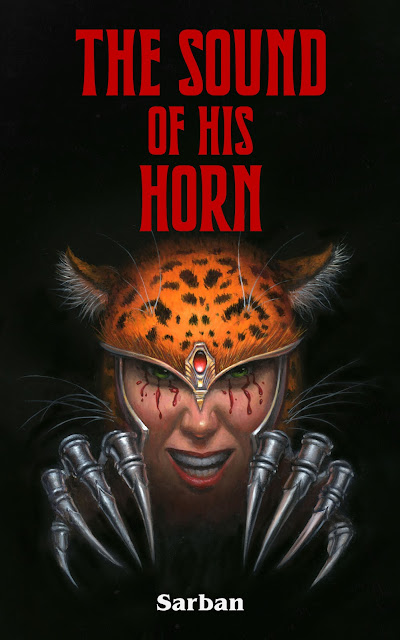 Another strange elongated year is about to draw to a close. I don't think back in January I thought we would still be in such a bizarro world, but here we are, at least in the UK things are better than they were twelve months ago. The only thing that has changed with regards to my blog is that I no longer have a cinema card and so barely ever go to one. When I went to see Halloween Kills back in October it was a bit of a chaotic free for all, it made me realise how much I really hate being in crowds of people nowadays, not that I ever did enjoy that, being an introvert as I am. Anyway, enough rambling, onto the news!

Erica Summers' Obsidian came to VOD on September 3rd from Midnight Releasing. This horror stars Henry Frost, Olivia Peck, Frank R. Wilson and Hick Cheramie and is about the demonic side effects of a revolutionary tissue regeneration drug during clinical trials. 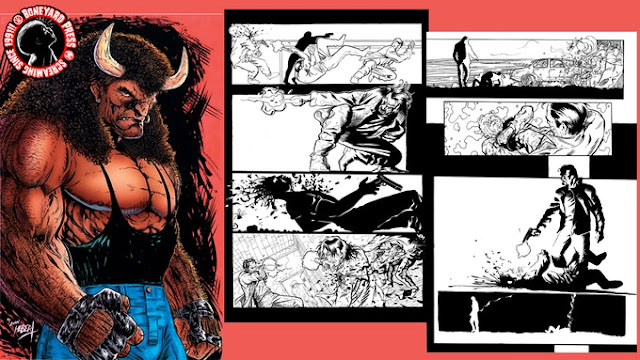 Cassondra Windwalker's new book, Hold My Place is due for release on January 25th, 2022 from Black Spot Books. This is about a woman named Sigrun who falls for a married man. After the man's wife dies suddenly Sigrun discovers that every previous partner of the man's have also died of sudden illnesses, something that may have to do with dark magic and the dead inhabiting the bodies of the living.
I actually have a copy of this to read for review, though it is the fourth or fifth in an ever growing list.
October saw the release of Anthony M. Caro's book Universal Monsters & Neurotics: Creatures of the Night and Their Hang-Ups. This does as the title suggests with a deep look into the various Universal monsters to explore their psychological issues.
Kane Hodder and Stacey Dixon star in Old Habits Die Hard which came to DVD on October 26th from Bayview Entertainment. A young woman hopes to leave her family and their business; the Hollis Mortuary behind, the only problem is her mother who will do all she can to not let that happen.
JustWatch is an international streaming guide with apparently more than 20 million users across 74 countries. They have released their list of the top 10 movies and top 10 TV shows streamed in the UK in 2021. Not all of these entries are relevant to my blog but I told them I would mention a couple. Perhaps unsurprisingly the Netflix sensation Squid Game is in the top half, here it is in at number 2, it was cool to see my personally favourite show The Walking Dead feature in the charts, at number 10. Elsewhere on the film side of things we have A Quiet Place Part II taking the top spot, with Godzilla vs. Kong in second place.
Texas based darkwave band Sevit have released a new single and video for their song It Can't Rain All The Time. This song was inspired by James O'Barr's comic and the movie The Crow, in particular protagonist Eric Draven's fictional band, Hangman's Joke. Jackie Lego (vocals/guitar) says of the track "I wanted to revisit my hearts emotional vault and I wanted the words to belong to the film's character, Eric Draven, who I imagined to be dark, poetic, theatrical, daring, passionate and beautiful."
Arrow Video US have revealed their January 2022 releases. Coming on January 18th is Mario Bava's Shock. This stars Daria Nicolodi as Dora, a woman who moves into her old home with her young son and husband after going through electroshock treatment. Here she finds herself haunted by memories of her deceased first husband. This is a new 2K restoration from the original 35mm camera negative and the film was Bava's final movie before his untimely passing in 1980.
Also out on the 18th is Yasuzo Masumura's Red Angel, this is a war movie that takes place on the front lines in China during the second Sino-Japanese war.
Final release is the German horror Sleep. I gave this a grand eight out of ten rotting heads in my review, and I said of this '...slowly got better as it went along, and thanks to its visual style, the directing and the wonderful soundtrack was something that I had a good time with...'
Darkwave actor and actor Eric Oberto has released a new single, Darkness Never Lies. The song is 'about the lies people tell and the fears that rule their lives. It's a warning to live honestly, intently, and urgently. In your final darkness, all untold truths become your last regrets'. The single featured on the movie Amityville Cult, the video features as an extra on the DVD/Blu-ray national Walmart release that came out on November 16th.
Now to be honest I have had two huge cups of coffee today and some tea, so am suffering a queasy caffeine overdose currently, so this next bit will be my final bit of news for 2021...
Scottish film company Hex Studios announced its publishing wing, Hex Arcana last year and released a hardback short story anthology The Book of Beastly Creatures. Next for the publisher are pulp horror paperbacks, starting with the 1952 novel The Sound of His Horn by Sarban. This novel looks at a world in which the Nazis won the war and in which people are now hunted for sport. Horror critic and scholar Kim Newman provides a new foreword to the book. I hope everyone has a fantastic 2022!
Posted by Daniel Simmonds at 08:25