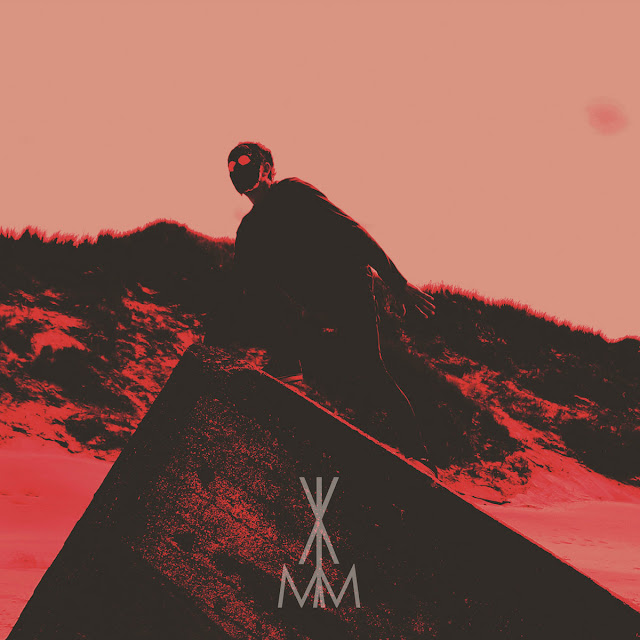 I'm never that comfortable at writing music reviews on this blog. This is mainly due to the fact I do not know the first thing about music, I like what I like, but can't put to words why I do, or have any idea about how music is created. Nebenkörper (secondary body in English) is the debut album from Berlin based Vlimmer and was #1 in goth and #1 in industrial on Bandcamp in the past.

So, trying to translate my notes I made while given this album a listen. It all begins with Farbenmüde, a short minute long interlude which goes into second track Fensteraus. This one features vocals that have an almost chant like sound making a backdrop to a tune that felt like the moody atmospherics of a Hell based video game level. Following this is Mutem that reminded me of a slow downed version of the type of music that would play during an Attack on Titan battle sequence. Next comes Restfall that was more mellow and had more of a tune to it, not that what came before wasn't musical in sound. I had expected atmospheric dreamscapes and instead these all felt like actual songs, albeit ones that have been translated and brought to our realm from a bizzaro alternate dimension. Fittingly this is what fifth track Meter encapsulated. Sixth track at the halfway point is Minusgesicht which sounded like music playing through a broken cassette tape speel, I described it in my notes as 'Robert Smith fell into a blender'. None of these words are criticisms by the way, the music sounded alien to me but not in a bad way.

The second part of the album opens with I.P.A. of which the music video can be viewed above. To my ill trained ears this was like the Knight Rider theme, lots of synth and mutates into drum and bass sounds. This in itself feeds into Ad Astra that was quite industrial, the sound made me think of early Marilyn Manson. Wangendruck has a great title and was atmospheric, but it was the next track after that, Kartenwarten that was my favourite, a Hotline Miami dreamlike eighties synth that remained somewhat melancholy in sound. Kron was pretty wild, a heavy pumping track that fades into a sort of devil horned sound before coming back for the final minute that was like a last deathly musical scream. Closing out the album is Nebenbei, a comparatively chilled finish.

While this is Vlimmer's first album it comes off the back of an eighteen EP series created between 2015-2020. It was far more musical than I expected, but also not like much else I personally have heard. The German lyrics add to the alien feel as do the tribal style pounding drums that ends up (to steal from the press release but which is true) 'creating a vibrant, dystopic industrial atmosphere'. Nebenkörper is out now from Blackjack Illuminist Records.