Call of Duty: Vanguard - Thoughts on the Zombies Mode 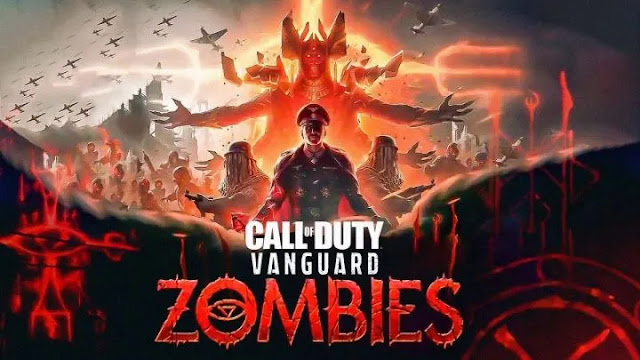 The main reason I buy Call of Duty each year is for the Zombies mode. Sure multiplayer can be fun but it is the horror I'm there for. Call of Duty: Vanguard released at the start of November, and it had just the one Zombies map in the form of Der Anfang. My first impressions were very negative, but, while currently extremely limited it has improved with time.

Eschewing the traditional round based survival of previous Zombies modes, this time around you instead must complete objectives, each of which takes place in its set level and accessed via a low threat hub area. Don't expect Der Anfang to have any original components to its map design as it is a Frankenstein's monster of cobbled together pre-existing maps. The hub area uses the mutliplayer map Red Star. From this map you teleport to one of three other maps. Hotel Royal is another multiplayer map, Operation Tonga is taken from the single player campaign, while Shi No Numa is a remake of a classic Zombies map. Making these even worse is that they are only partially used. Red Star uses just the central square area, Hotel Royal uses just the rooftop section of the map, the one saving grace you think would be the Shi No Numa remake. This is a straight up remake, there is nothing done to it to make it stand out, in fact it is the opposite with only a third of the original map making its transition into the game. 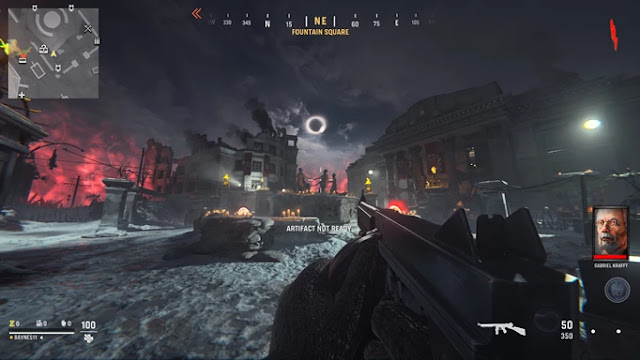 Adding to the barebones feel of this mode is that the aim of the game is to teleport off to mini areas to complete objectives. Der Anfang launched with a measly three objectives. You have Blitz in which you have to survive against the undead against a small time limit, Harvest in which you must collect glyphs from fallen zombies to feed into a machine, and Transmit in which you must follow a marker around the map until it reaches its goal. Based on its launch state this is easily the most disappointing Zombies map, the only saving grace is the potential it will have. I really hope that over time more maps and more objectives get added, with at least double the variation this could be a neat little experience, as it stands it is very limited. I hope that future Zombies maps will appear as proper wave based ones and not just be recycled maps tacked onto Der Anfang, a mix of the two styles would be preferable.

Stick with Der Anfang and it does improve, the gameplay loop is fun albeit limited, and there is plenty of exposition from the various characters and demons talking to you over the radio. Time will tell if this experiment has been a complete failure or if Activision can turn things around, I'm quietly optimistic for the later.

Update: Well, they have released details of the Zombies content coming in the next month or so...its not good. Instead of a new map we are going to be treated to a new...room. Elsewhere there is going to be just the one new objective to take it up to a whopping four. To have any chance of pulling this around they really need to be doubling the map and objective numbers, this mode at the moment is near enough pointless.