The Rotting Zombie's Round-up of Horror News for November 2021 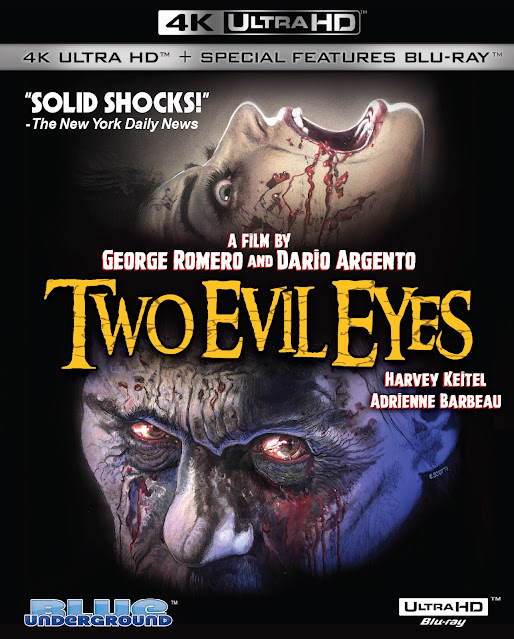 Another month closer to 2022 and my news inbox isn't getting any smaller, in fact I now have over two hundred emails waiting to be sifted through. I will try my best to include as much as I can this month. As always time is at a premium so I guess that will have an impact.

Gothic/post-punk band Cyborg Amok have released a new video fro their song Burden Away which appears on the band's self titled album. Greg Bullock (synth/vocals) says of the song "...was one of those songs that came together start to finish in a few hours one afternoon...We felt that "Burden Away" best represented the direction Cyborg Amok is going in."

Sci-fi film Vortex: The Dawn of Sovereignty won five awards at the Cannes World Film Festival; 'Best Mystic/Spiritual Movie', 'Best Sci-fi Movie', 'Best Realtor of the Future', 'Best Director of a First Long Film' and 'Best Sound Band' and is now available from Bayview Entertainment. The film takes place in 2047, a future in which all humans are tracked by large surveillance and censorship networks. A small group have created an encrypted network, including a teenage girl, Serena, who has developed special glasses that reveal doorways to other dimensions.
The Arrow streaming subscription service platform has released its December sizzle reel. Highlights coming in December includes the exclusive premiere of the stylish The Last Matinee, films from the prolific director Rainer Werner Fassbinder, martial-arts films from the Shaw Brothers and a history of giallo films.
Darkwave band Tigercide have released a new single, I Of Tiger. The press release states '...taps the soul, a reminder to be aware of the chaos of one's external and internal world. It's a song of discernment and following one's true path regardless of the way the world moves'.
On August 24th George Romero and Dario Argento's classic horror film Two Evil Eyes came to 4K UHD and Blu-Ray in a two disc set. This anthology film brings together Romero's The Facts In The Case of Mr. Valdemar and Argento's The Black Cat. This new release includes a whole host of extras.
Texas based industrial metal group Daedric have joined the FiXT Radium label as their first female fronted group. Daedric released a music video fro their track Wretched in August. The press release states 'Drawing from a wide variety of genres including metal, electronic and industrial, "Wretched" establishes the project as a musical force to be reckoned with...'
Jared Masters post-apocalyptic vampire horror film Quartz Vein is now available to rent or own on Google Play and Comcast with more platforms coming soon. The DVD of the film is also out. Another film taking place in 2047, this is about a gold miner, Eon Pax who goes up against a mutant race of gold-injecting vampires.
The Pit came to VOD in August and can be seen on iTunes, Vudu and Vimeo from Midnight Releasing. This is about two men who fall into a huge pit while hiking. As the days turn to weeks these former friends become willing to do anything to survive.
Finally, during lockdown Nicholas M. Garofolo created Insomniac Frightmare Killers. Each scene was limited to a maximum of three people for filming. In the film a disturbed loner suffering insomnia experiences a spell of bad luck. In his sleep his nightmares appear to become reality. The cast includes Garofolo, Lauren Collier, Taryn Danielle, Virginia Bell, Meredith Binder, Emmeline Prior, Mat Drinkwater, Steven Wishman, Dave Sweeney and Drew Samuelsen. The film screened at the Free Independent Film Weekend back in October.
Posted by Daniel Simmonds at 09:19

I agree, it was fun.