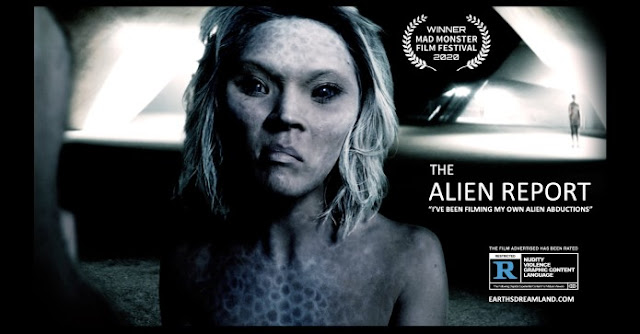 The Alien Report is a found footage sci-fi horror that purports to recreate actual witness testimony from people who think they have been abducted by aliens. It has some great make-up effects on the one hand, but a very unlikeable protagonist and not much of a plot. Still, there aren't many found footage films to my knowledge that deal with a topic like this, so should be commended for that.

Braxton Hale plays a troubled young man whose life has been made even harder than it already was due to frequently being abducted by aliens. In desperation to get the truth out there he chronicles his daily life using a variety of secret cameras built into his clothing, his bike, and his hearing aid. There is no splash screen to say where the footage we are being shown is put together from, but it follows a somewhat linear path. Two thirds of the film has the character in his day to day paranoid existence, spouting 'Trenchcoat Mafia' style musings as to the nature of life, albeit with a laser point focus on his abduction experiences. Spotted throughout is the other third of the film which takes place aboard a UFO, with the character in a passive state as his camera picks up on all the activity around him. 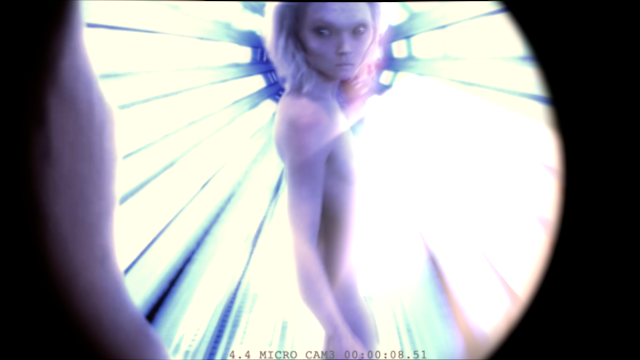 Where The Alien Report first falls down for me is with the central protagonist. I understand he is a serious person, but his obsession with aliens made him into a bland personality vacuum. He complains about constantly being taken, but I had to feel sorry for the poor aliens constantly having to deal with this killjoy. That is not to say that Hale gives a bad performance, he is believable in the role, helped by the long time he is on camera in-between scenes. There are several sped up long shots of him riding around on the subway while he stares into the camera, there are several chase scenes where he literally runs a few blocks in one constant recording. Aside from a few others he is the only face on screen with a voice. He attempts to explain what is going on and what the alien's motivations are, but this is all self important and a lot of guess work.

The aliens themselves are the best part of The Alien Report. The make-up for them was the highlight, they looked great (as well as strangely hot). There was quite a bit of repetition with these though, it seemed they would have the same movements to them replicated over various scenes, especially this alien who looked like a small middle aged man, who would play peek-a-boo by constantly hiding behind people in the background. The UFO looked fine enough, other effects like floating orbs, as well as cars that would vanish into thin air didn't look quite as realistic. I did appreciate the lighting effects on the aliens and orbs though, never failed to look impressive. 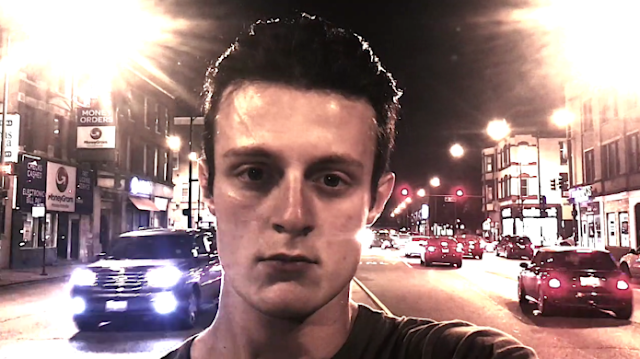 I never quite got the sense of a story from the film, things escalate a bit with the protagonist but then the film just kind of ends. The chapter title card for the whole movie is Part 1: The Abductee, with a second title card; Part 2: The Test Pilot appearing right at the film's conclusion. I don't know if that was setting things up for a sequel. The vibe of the film is so serious, everything is played super straight that sometimes gave the UFO segments a bit of a silly feeling to them. Characters never quite seemed to fit in their environments, which comes to a head in the ridiculous 'Frankenstein' moment that was unintentionally amusing.

It was interesting to see abduction as greys presented in the style of a found footage, but the serious nature of this was to the overall detriment of the film as a whole. Maybe with a more relatable protagonist I would have enjoyed this more, still, it does have some wonderful make-up effects, and the paranoid feel is well crafted. The Alien Report had a pre-theater limited release on Vimeo, a wider release will happen later this year and into 2022.

Posted by Daniel Simmonds at 15:49