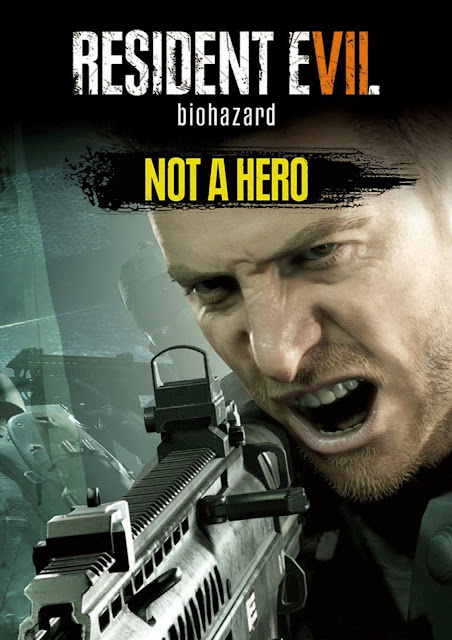 My time with the DLC for Resident Evil 7: Biohazard was a strange one. Despite loving the core game I just never felt in the mood to play the DLC, even after a second playthrough a few years later I only marginally dipped my rotted toes into the 'Banned Footage' part of it, which was a series of small mini-games that were actually canonical. To be honest I had totally forgotten about this extra content for the game, it was only after buying Resident Evil Village that I realised I now had to play it so that I was up to date with the story. Not A Hero was actually free so it will be hard to be too harsh on this.

This takes place immediately after the main campaign finishes. With Ethan airlifted out of the estate Chris Redfield is able to carry out his intended mission, that is to capture or kill Lucas Baker due to his connections to a black market bioweapon group known as The Connection. Your team identify his location as the Abercrombie Salt Mine. You find Lucas but things don't go to plan, with Chris ending up with an explosive device attached to his wrist. Warned to stop chasing him, Chris instead decides to head onwards, attempting to rescue various members of his team, who have been captured, along the way. 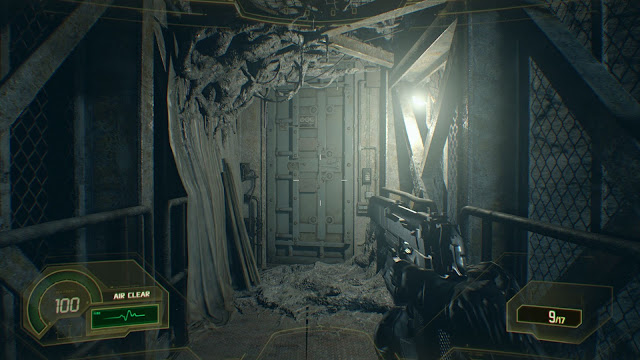 I had heard Not A Hero was far more action orientated than the main game and this was right. Weirdly you only have access to a shotgun and a pistol throughout the ninety minute story. I would have thought with the amount of enemies around you would have gotten more weapons than that. Ammo is also very scarce, so scarce that it can be possible to fail sections due to entirely running out of the stuff. Luckily Chris has an ace up his sleeve, if you stun an enemy you can then follow up with a swinging punch that knocks any enemy off their feet (Chris of course infamously once punched a giant boulder to death), and of course you have access to grenades, flame grenades and stun grenades.

As the game takes place mainly in the mine area I figured it would be a lot of reused locations. I was pleased to see the mine you visit is in a different area to that of the main game. The main part sees you in a central chamber with three doors leading to different sections. With Chris wearing a special helmet the game has a mild Metroidvania feel to it in that you need to collect upgrades to allow you access to different areas. You get a filter upgrade that lets you breath easily in poisoned areas and night vision lets you see in the dark areas as well as shows up mine sensors. Some of these areas were quite fun, I recall a part where you travel deep underground, became quite atmospheric with the green lit vision you get from the night vision upgrade. There is also a moderately sized laboratory area that really was something new. 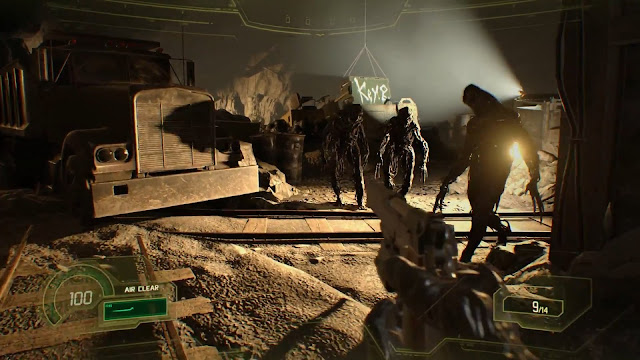 One of the core problems with Resident Evil 7 as a whole were its enemies, the molded. These are just not an exciting monster to fight, while you get a few variations here they still all like kind of similar. Special green molded appear here, which must first be shot from a special round from your pistol, and the DLC culminates in a boss fight against a new mutated monster. Along the way Lucas stays true to form, many of the captured allies you find are in Saw style death rooms, it gets quite messy with lots of violence inflicted on these poor characters. His way of fighting you remains very off hands, with traps his way of combating you. I didn't really have much of a problem outside of one small room in which you have to survive against waves of enemies.

Not A Hero was fun to play through, and it was important in showing what happened to the only Baker family member to escape Ethan's wrath. The boring enemy type though becomes even more of an issue when they have increased so much in number. Playing this in VR did give some cool new moments, I especially liked the whole helmet implementation, made it feel very Metroid Prime. If I ever do another playthrough of the main game I am sure I will also add this onto the end. Let's hope the other story DLC, End of Zoe is equally inoffensive to play.

Posted by Daniel Simmonds at 10:07