On the Trail of Bigfoot: The Discovery (2021) - Horror Documentary Review 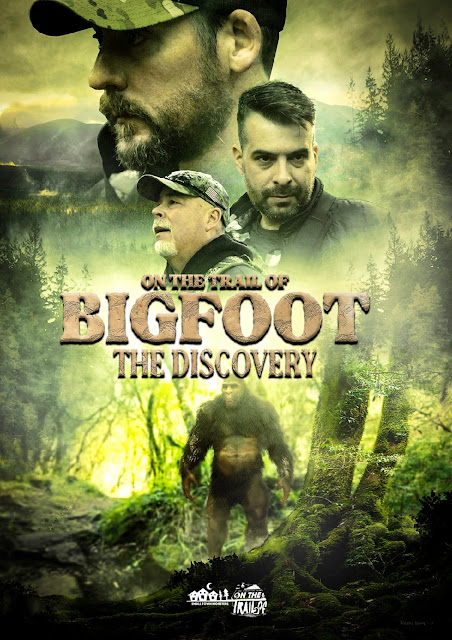 Whenever a new documentary from Seth Breedlove (Momo: The Missouri Monster, Terror in the Skies) is released I am always interested in checking it out. He has covered a variety of subjects over the years, mainly zoological explorations, so to call this a horror documentary is a bit of a misnomer. One subject that he has repeatedly returned to is that of Bigfoot, so it must hold a fascination for him, that or it is the more popular of his documentaries. Following on from On the Trail of Bigfoot: The Journey that released earlier this year, comes On the Trail of Bigfoot: The Discovery that promises real evidence of the elusive sasquatch.
Where the previous documentary was also exploring just what it is like to make one during a global pandemic, this latest one is a lot more insular. It is set in the one location, the Olympic Peninsula in western Washington and has Breedlove and his small crew joining up with a group of Bigfoot searchers, members of the Olympic Project. A lot of the doc has them leading the crew around the various parts of the peninsula where there have been sightings. Along the way there are plenty of interviews conducted, with many of the groups members having had sightings at some point in their life. Whether it be accounts one had as a child, to more recent sightings, these were all interesting in their own way, often accompanied by some simple animated recreations. With a seventy five minute run time this felt it flowed better than the last one. Even here there are many many shots of people walking in slow motion through admittedly beautiful looking woodland environments. 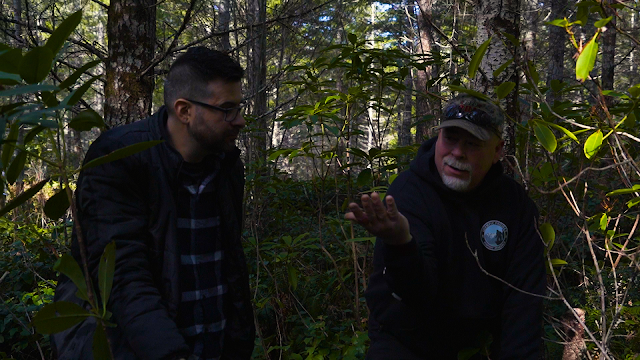 The cherry on top this time around, as the title implies, is the promised discovery, and this appears in the form of ground nests. While the nests were not still around at the time of the documentary, Breedlove is taken to the spot they used to be and speaks to many of the group who were there when they were discovered. There is plenty of evidence provided by the group as to the nature of the nests, what they were built with, and how they were built. It isn't known for certain what built these, but the group think it couldn't have been any known creatures and if it was a hoax then it was a strange place to have created it due to the remote and hard to reach location.
My Dad once said that out of all the possible undiscovered zoological creatures he believed Bigfoot is the most likely one to actually have some merit to it. Personally I'm not convinced, I would love for it to be true but I can't help but feel that surely if they did exist they would have been definitely found by now, especially with modern technology. The documentary isn't designed to give an unbiased view point, especially when you get Breedlove's viewpoint that closes this out, regardless though this remained interesting. At the very least there is some beautiful scenery here that made this interesting to watch. On the Trail of Bigfoot: The Discovery released on November 2nd on a variety of online platforms.
SCORE: