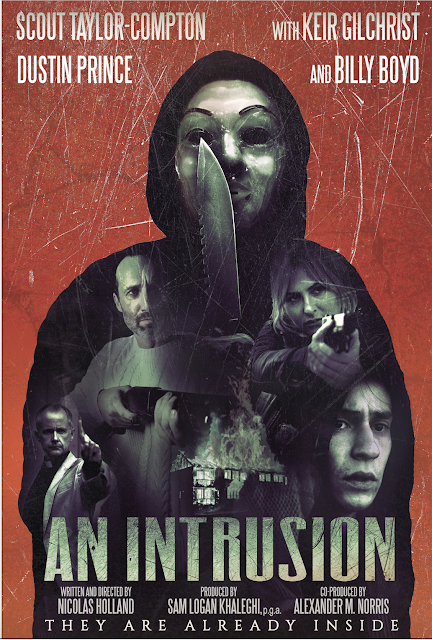 I'll start off with my whole spiel about how I never really look too deeply into films sent my way for review. I much prefer being surprised than going into a movie having a solid idea what it is about. Nicholas Holland's An Intrusion (directed, written and edited by him) I thought was going to be a home invasion thriller, instead it uses the home invasion idea as a leaping off point for one man forced to confront the demons from his past. This featured an unlikeable protagonist but as the story progresses it becomes obvious that this was the point.
It is the run up to Christmas and one dark night teenage Rebecca (Angelina Danielle Cama - Agramon's Gate) encounters an intruder in her home, her screams scaring the figure off. The next day, her father Sam (Dustin Prince - Last Call) receives an email that reveals the intruder was linked to him, and that this person knows that Sam has been cheating on his wife, Joyce (Erika Hoveland - Blood Immortal, Before I Wake). With Sam's increasingly erratic behaviour, and the disappearance of Rebecca's teenage boyfriend (who Sam had disliked) the police begin to suspect that he may be the person responsible for all the troubles. Wanting to keep his secrets safe Sam decides to try and deal with the mystery intruder himself, while trying to also deal with the police's increasing suspicion of his activities. 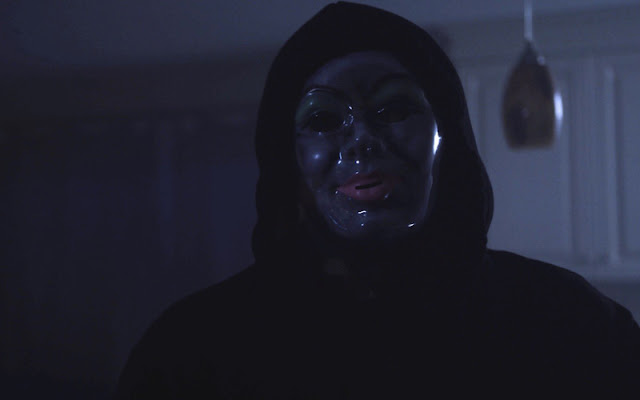 The biggest obstacle I had with An Intrusion was that Sam was the central character the film followed around. It was quickly established he was more than a bit of a jerk, and I was also put off with how easily he was able to lie and hide his actions from all around him. This actually was quite the point of Sam, his affair with another woman establishes that this ability to lie isn't a new thing, so becomes much less of an issue. The way the story plays out eventually explains away this deficit to his character in a way that was very interesting. In other films of this type it would have been the daughter or maybe even the wife who would have been the protagonist, so with them relegated to side roles it changed things up slightly. Joyce gets her own chance to reveal her innermost thoughts, but sadly Rebecca doesn't have that opportunity. This was strange, especially when her boyfriend goes missing relatively early into the film and yet she seems to show little to no reaction for the duration. Come to think of it nor do any of the other characters. This plot point helps in making detective Savannah Simpson (Scout Taylor-Compton - The Lurker, Cynthia) become suspicious of Sam, but that seems to be the only result, the movie ends with this part never resolved which felt a little odd.
The thriller aspect of An Intrusion was one of the weaker elements thanks to a lacklustre antagonist. They speak with a distorted voice that reminded me of the killer's voice from Scream, and their main way of communicating, via email was a little irritating. The few times they meet with Sam always resulted in them losing heavily which went against any feeling of peril you might feel for them. Again, they may be the foe here, but the point of their involvement is all to do with the character of Sam. Still, there were a couple of short but exciting fight sequences, and a tiny bit of blood that looked the part. This was almost a slow burn, the brief moments of excitement mixed in with Sam bounding around town with an obvious anger issue. The more downbeat moments were often the best, such as one great scene of Sam in a bar talking to a stranger he had met. 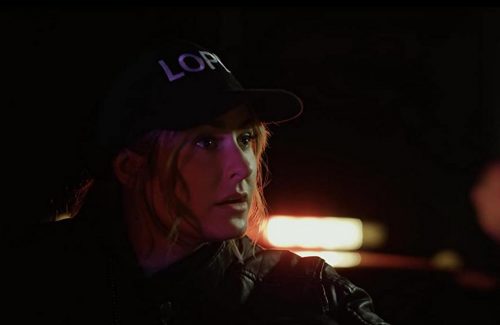 Following around such a flawed character was a decision that made much more sense as the story progressed. For too much of An Intrusion I didn't quite understand the importance of this. It all comes together in a neat way though I would have liked more to occur rather than have the film cut to credits. It may take a while for the pieces to all fall into place, but stick with this and it redeems itself somewhat past the murky first half, but throughout it all you have to deal with a proper unlikeable jerk. An Intrusion is due for release on November 26th in the U.S and Canada in a day and date theatrical run alongside DVD/Bluray/iTunes and Digital, from Gravitas Ventures.
SCORE: