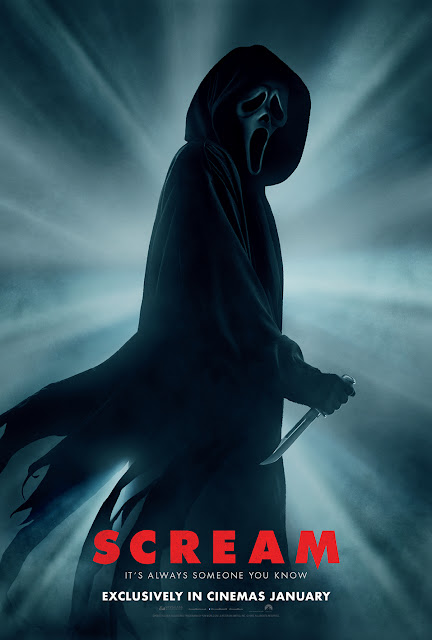 Who doesn't love the original Scream? The film was my proper induction into horror films, I remember watching it on VHS as a teen with my sister and being scared but also loving it. It only improved over time now that I have gone back and watched older slashers and realised just what a leap forward this was for the genre as a whole. The original trilogy was pretty decent but I thought the fourth entry back in 2011 wasn't good at all (my badly written scathing review of Scre4m attests to my dislike). Since then however there was a decent TV show that once again made me interested in the series.
The film is directed by Matt Bettinelli-Olpin and Tyler Gillett and follows in the footsteps of Halloween by having its latest sequel not numbered, it's simply called Scream. The film brings together Neve Campbell, Courteney Cox and David Arquette to reprise their classic roles once again. They will be joined by Melissa Barrera, Kyle Gallner, Mason Gooding, Mikey Madison, Dylan Minnette, Jenna Ortega, Jack Quaid, Marley Shelton, Jasmin Savoy Brown, and Sonia Ammar. Taking place twenty-five years after the events of the original film yet another new killer has taken up the mantle of the Ghostface killer in the town of Woodsboro. I really hope they take the brave step to kill off one of these series regulars as by this point it feels like plot armour will forever protect them from any lasting harm.
Domestic abuse thriller Typo was released on DVD and Digital on September 28th via Bayview Entertainment. This stars Melissa Hollett as Abbie, an aspiring writer in an abusive relationship thanks to her husband (Guy Barnes). Abbie's search for a way out of this leads to unexpected consequences.
Finally for today, an official trailer and stills have been released for the award winning short film Trick-or-Treat (winner of the Outstanding Achievement in Animated Film at the Cult Critic Movie Awards).
After leaving a school carnival a young boy is taught the true spirit of Halloween. This film is based on an award-winning book by Lindy Ryan. It is illustrated by Timea Gazdag, animated by Dan Walters, and features the voice of Sam Shearon. 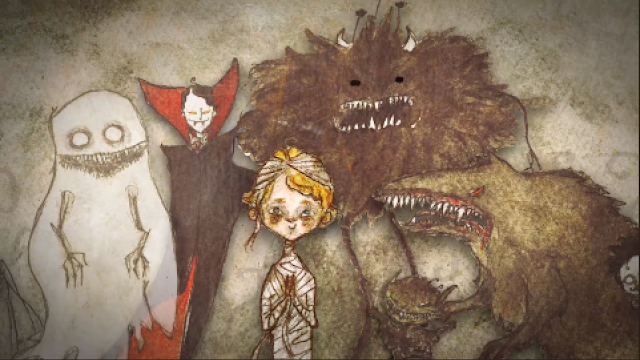 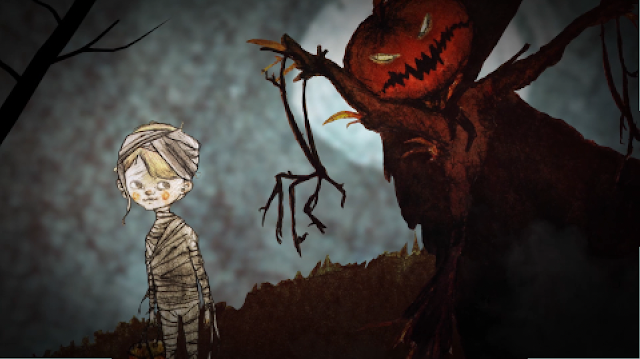 Posted by Daniel Simmonds at 10:04