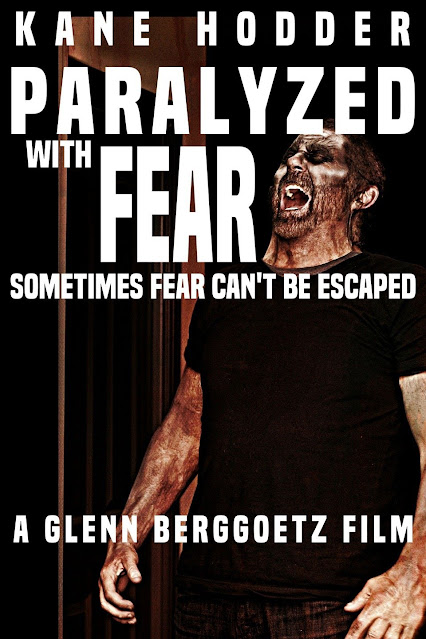 A brief news round-up today, with some stories plucked from the very bottom of my bloody news sack. It really needs a big shake up to get the best stories out within a sensible time frame.

Back in July an official trailer came out for Glenn Berggoet's Paralyzed with Fear. This horror stars Kane Hodder, Haidyn Harvey, and Andrea Rabold and has recently been acquired by Bayview Entertainment. In the horror a 15th-century demon is unleashed on a household of women. Eventually a preacher gets involved who is determined to stop the demon.

Indie zombie film The Last Ones came to DVD and Digital on August 10th from Bayview Entertainment. This is about two men (played by Algernon D'Ammassa and Mark Ocegueda) who team up after believing themselves to be the very last people left alive after a zombie apocalypse. The arrival of a mysterious woman (played by Marcelle Bowman) heralds startling revelations. In my review I gave this a respectable 7/10 and stated "...something really quite enjoyable with the bleak (and) serious world it creates."
Finally for today, paranormal thriller Hum was acquired by Freestyle Digital Media and was released on North American VOD platforms on August 3rd. This was written and directed by Henry Johnston, with the cast of actors including Tyler Ross, Andrew Oliveri, Sonaz Izadi, Sierra Miller and Bradley Smith. Johnston says of the movie "...is about how one community can be shaken to its core by an unexplainable event; how easily our belief systems and foundations can be upended."
Posted by Daniel Simmonds at 11:14