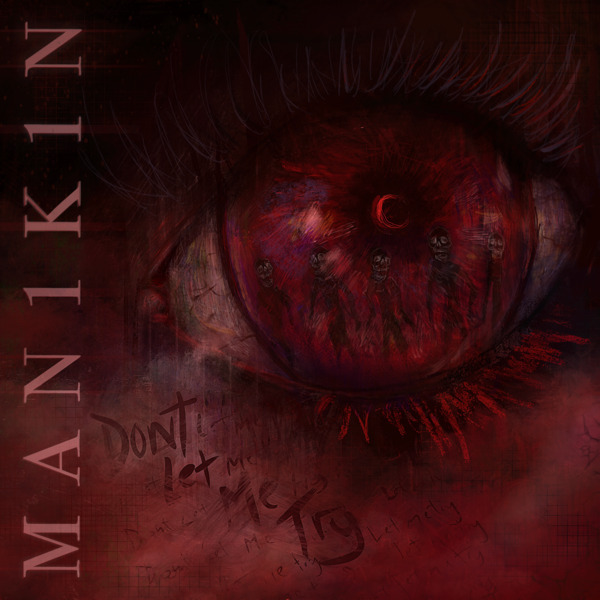 For todays news anthology I thought I would focus entirely on music news. Most the news I get in my inbox is to do with that and so I always have to skim through to see if it is really relevant to a horror focused site or not. It all depends on the genre, but also on the vibe of any tracks that are new. My music tastes haven't really changed much since my young adult years, I like what I like and that's that.

Dark electronic duo, MAN1K1N have released a new single, Don't Let Me Try. It was created after some personal loss, coupled with a year and a half of solitude, the press releases describes the track as a time capsule. The duo say of it "The heavy solitude of this past year during quarantine was a poignant influence in the moment this song exists in. Too often, suicidal ideation is regarded as a trope. But the anguish felt in those private moments is threatening and devastatingly lonely." In support of this release, MAN1K1N will be headlining this year's Endless Nights Vampire Ball in Salem, MA on October 16th. On a side note, back when I was doing my media studies A-Level decades back I had to design an album cover for a fake band, the band I created was called 'Manikin Jam'. Not anything to do with this news, was just a memory that got unlocked while writing this.

Industrial band FleischKrieg put out a video for their single Reach back in July, a track that features goth/industrial artist Nuda. The band say it is about how "we humans have a lot to learn about what's really going on in the greater scheme of things". Reach is going to be on the band's new album, Herzblut, which is due out this month. The sound reminded me a bit of the almighty Rammstein which is no bad thing at all.

The Man from Alphabet have done a cover of The Dickies punk rock song, Killer Klowns from Outer Space. The video for the track was directed and edited by Nina Hirten with production services by Oh Just Peachy Studios. The video finds the band being chased by the titular Killer Klowns and was nostalgically amusing. Killer Klowns from Outer Space was one of the very first horror films I ever saw back in the late eighties. Today's news post really is turning into a trip down memory lane!

Finally for this music special blog post, Mobile, AL based heavy rock band Love the Hate released a single for Solid Ground in July. The video was directed and filmed by Thomas Crane of KillDevil Films and takes place in Mobile's 'Outlaw Mansion'. This place has been coined 'Alabama's most haunted house' and in a spooky afterword, this mansion apparently burned down in mysterious circumstances shortly after the video was shot. Maybe the spirits didn't like all the noise?
Posted by Daniel Simmonds at 10:57