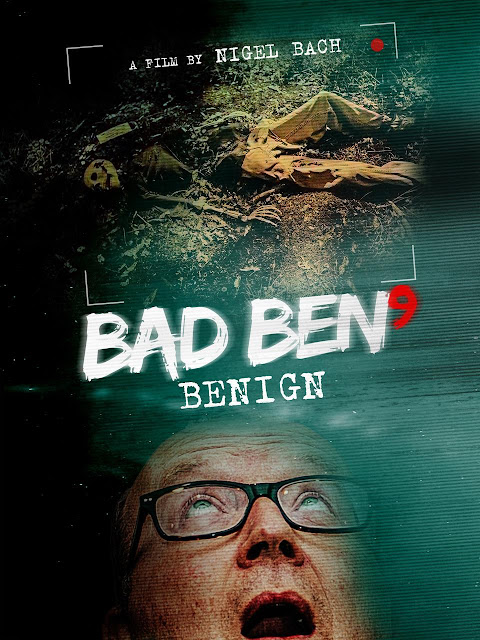 My Bad Ben voyage has reached the end now that I have seen the latest entry in the series that includes both main line films and spin-offs. While I didn't think Bad Ben: Pandemic was very good (due entirely to the fan made short films that made up the meat of that one), I did think Nigel Bach's character Tom Riley was as entertaining as ever. There will be a spoiler for the end of Pandemic as that cliff-hanger ending feeds directly into this one, with the events of latest film Bad Ben: Benign taking place on the same night, albeit in a different reality.

Pandemic ended with Tom getting apparently shot dead after entering an alternate reality in search of a cure of Covid and instead being mistaken for patient zero. Benign begins with Tom stumbling towards his house clutching his chest only to discover that bizarrely he doesn't have a mark on him. Being as belligerent as ever, Tom breaks into his house and is baffled to find it full of furniture and objects that he doesn't recognise, seemingly having forgotten he is no longer in his own reality. He soon discovers to his dismay that the house is once again haunted, this time by a multitude of different ghosts and demons. Tom sets out to do what he somehow does best, once again ridding his eternally haunted home from its latest supernatural occupiers. 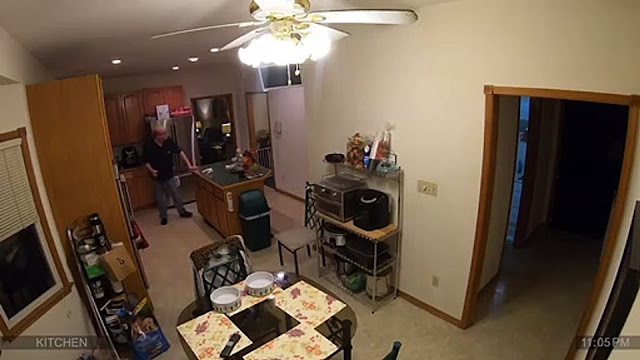 My scattershot approach to this huge series means that I have missed out on a lot. I know that the series has included everything from prequels, to dimension hopping, haunted car rides, and even a Christmas themed short. In the original film, Tom was filming himself for no apparent reason, while in a house that he intended to sell on. Nine films later and he actually has an excuse this time around. As he sees it, so much unbelievable stuff happens to him that he likes to keep a record so that he has proof whenever he is asked about it all. Separated somewhat from the plot here is a title card at the movie's start that states the next ninety five minutes of footage was picked up by cutting edge camera technology. It may be an alternate reality but Tom's house is still full of cameras, this time around they are joined by a hand camera he discovers. Cutting edge this film is not, the special effects are amazingly bad, but this is very much done on purpose. Despite how bad they look they still actually look kind of impressive...kind of. You get a disembodied head floating around, a sentient hand on the loose like something out of The Addams Family, and objects moving around on their own. What I found startling due to the only other two films I have seen of Bach's is that there are more characters than Tom this time around (I know that has also been done before in plenty of the other Bad Ben sequels). While this is the case their appearances are very fleeting, once again it is mainly Tom on his own.

The first act was good, I was happy to see Bach in full on Tom mode, swearing like a trooper while getting increasingly annoyed by all the supernatural activity happening around him. Unlike the first film, this time around horror based stuff starts happening almost right away. It culminates in Tom having banished a demon, proud of himself for doing so in such a short time frame. The whole second act was where the limits of the story came about. Much of this lengthy middle has Tom slowly walking around the house over and over while events play out. Outside of trying to banish the demons and ghosts there is zero story to speak of. I had began to get quite bored so it is very lucky that the final act really brings in the craziness. To say too much would spoil the surprise, though multiple dimensions come into play, as well as a very well place dance sequence in which Tom dances around his house to the tune of McMillin's happy sounding song All I See Is You! This last part also includes some genuinely enjoyable sequences that take place in the creepy woods outside his home. The hand camera really adds some life to the sterile fixed camera shots most the film is made up of. 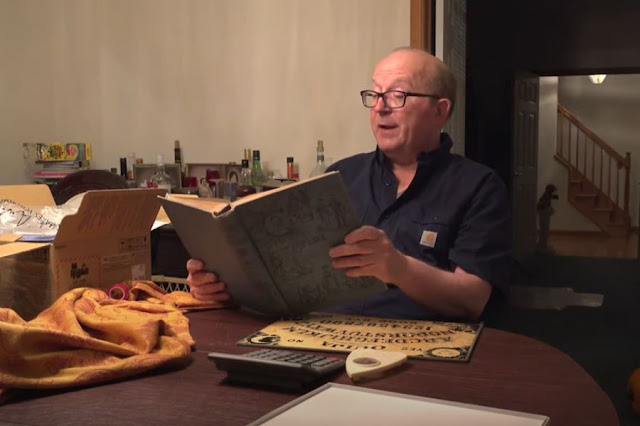 Nigel Bach is the heart of these movies, Tom is such an entertaining oddball to watch. This was definitely more comedic than the original Bad Ben, I lost count of the number of pratfalls that Tom does, whether tripping over things or being attacked by an invisible force. For all the dullness that the middle of Benign brought I actually found myself really enjoying this as a whole, and that McMillin song, it really was quite catchy and perfectly placed. Bad Ben: Benign releases on October 26th thanks to Breaking Glass Pictures and will be coming to DVD and VOD.