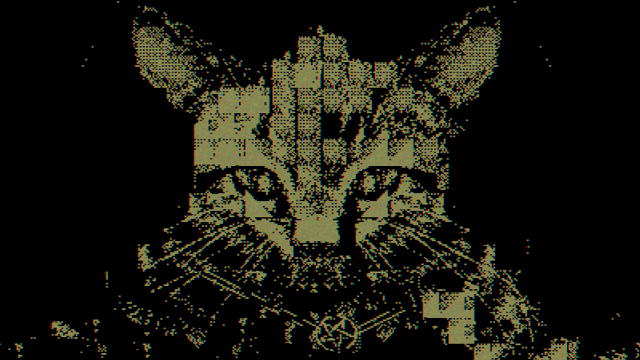 The Well is a micro game coming from indie game maker Yames, his previous work including Water Womb World and Discover My Body. The Well is based on a sonnet from H.P Lovecraft's Fungi from Yuggoth and the whole experience lasts roughly twenty minutes.

In the game, a father and son go mad after digging a well on their property. The son ends up murdering his father and is put in an asylum. You and another man have been hired to clear the property so that it can be sold. Curiosity getting the better of you both, you decide to look for rumoured 'pagan gold' that was said to be hidden in the well, and so the both of you work on lowering a rope into the hole to see what you can find. 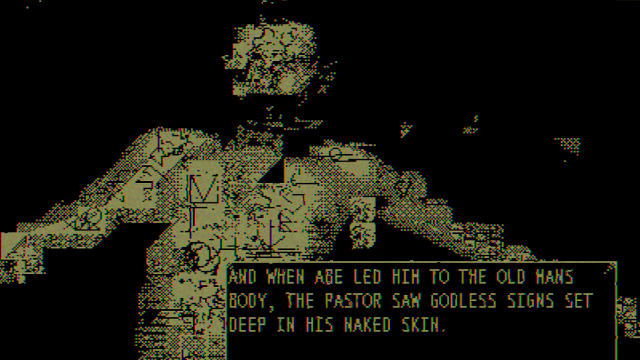 I've read the sonnet and this is quite faithful. In it everything is the same up to when the people examining the bricked up well seal it up in horror after dropping something in to hear where the bottom is and realising it is terrifyingly deep. Instead the game has you and your colleague alternatively lowering the rope and lifting it up when it gets caught on something. The only control is the Z button on the keyboard, this is used to go through the dialogue as well as to be held down to use the rope. There is a cat also in the game and by tapping Z you can stroke it.

Obviously this wasn't ever designed to be a game in the traditional sense. The biggest draw for me were the retro old computer graphics, everything looks so sinister and basic that you can't help but feel some anxiety from the visuals. Sound wise this was also pretty good, each time the guy in charge of the rope shouts out the distance it has been lowered it is accompanied by what sounded like a loud gun shot. Initially this made me jump in fright but I got used to it. The big draw was each time the rope snagged and you had to pull it up to see what was caught on it. The ramping up of this evil sounding noise made these moments the most tense yet they never really led into anything too exciting.

The story didn't lead to as scary a place as I had hoped but it was still fun and appropriately Lovecraftian. I did like how the rope pulling is used for a different context towards the end. The Well has a dirt cheap price and so it is worth seeing for yourself, like most things based on Lovecraft it doesn't manage to get to his levels of fear, but was an interesting and different experience.