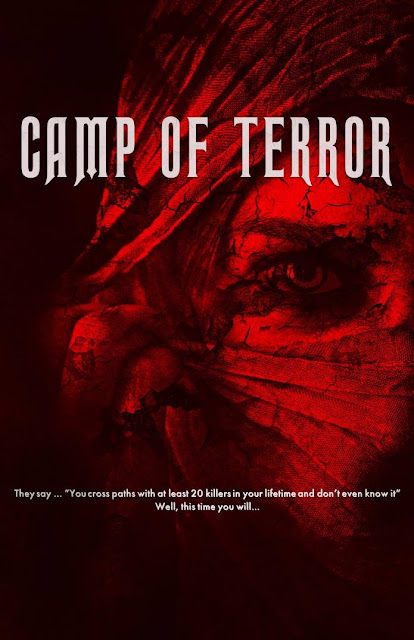 I'm getting towards the end of my blissful two weeks off of work. Well, I have to go in and do three hours on Saturday then I'm properly back on Tuesday. If I ever won the lottery I think I would do what I had been doing while off perfectly happy! Anyway, onto the news.

Described as a 'serial killer thriller', Taxi 121 was released on DVD and Digital on 29th July via Bayview Entertainment. This film purports to be based on real events that occurred in Czechoslovakia in 2014 had an alleged serial killer who went after three taxi drivers in Prague. The film builds on this with the threat of the killer not yet lessoned.

Also from Bayview Entertainment is Death Breed, this will be out in time for Halloween. I already like the sound of this as it is an anthology made up of three short films. First is Wolfsbayne that features Lloyd Kaufman (owner of Troma Films) and Linnea Quigly (Night of the Demons, The Return of the Living Dead). This is followed by Shudder that includes actors from the original Texas Chainsaw Massacre (Gunnar Hansen, Edwin Neal and John Dugan). Finally is Old Habits Die Hard, and this one features Kane Hodder (Friday the 13th series). I love anthologies as a rule, but one with so many notable names makes this sound like it will be worth a watch.

Thomas Walton and Jared Safier (Room 9) have announced their next horror film, it is to be called Camp of Terror. The tag line is " They say... "You cross paths with at least 20 killers in your lifetime and don't even know it" Well, this time you will..." and so far Shawn C. Phillips and Lauren Francesca are signed on.

Finally for this small news post is Miranda Veil which is now out on Digital and On Demand from Lionsgate. The synopsis has a wannabe serial killer who discovers his first victim, the titular Miranda, is unable to die, much to both their surprise. Directed by Levin Garbisch (I Shall Never Return), this stars Annabel Barrett (Detachment), Zach Steffey (Mindhunter), Kelton Jones (The Passion of the Christ) and Vida Ghaffari (The Mindy Project).

Posted by Daniel Simmonds at 12:53