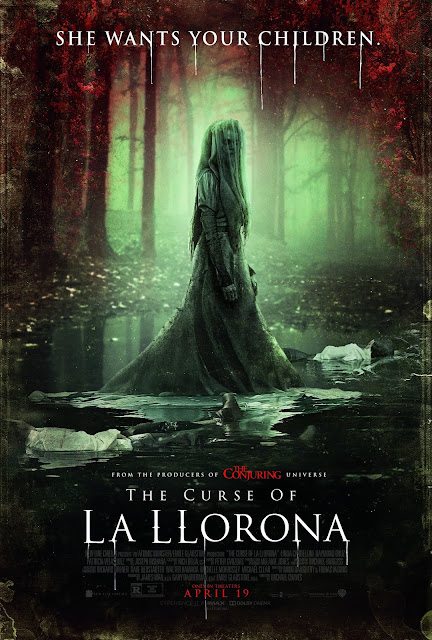 The Curse of La Llorona is the feature length directorial debut of Michael Chaves and is a film set in the Conjuring shared universe of horror films. While the film was the worst performing of the connected series to date (currently sitting on a 5.3/10 on IMDB) there must have been some faith in Chaves as he is the director for the upcoming The Conjuring 3: The Devil Made Me Do It. If you had never seen this type of horror before you might be impressed by what is on offer, however if that's not the case it is all too easy to see the very familiar path the story takes.

Anna (Linda Cardellini - Scooby-Doo) is a widowed social worker. One day, investigating a case of possible child neglect she enters the apartment of Patricia Alvarez, inside she discovers her two children locked in a small room with strange symbols drawn on it. Ignoring Patricia she tries to get into the room and is attacked by the woman. Patricia is arrested and the children taken into care, but later that night they are found dead, drowned in a nearby river. At the crime scene Patricia screams at Anna that this is her fault. It turns out the woman and her children had been the subject of a curse in which an evil spirit were haunting them. In her grief at losing her children she has now cursed Anna and her two children, Chris (Roman Christou) and Sam (Jaynee-Lynne Kinchen) to suffer the same fate. They are being haunted by the evil spirit of a woman from the 1700's who murdered her own children after her husband cheated on her, and then took her own life. She now goes after other families in order to take away their children to replace the ones she killed. With no option but to accept all this is actually occurring Anna seeks the help of a local priest (Tony Amendola - Annabelle), who puts her in contact with a rogue former priest, the eccentric Rafael (Raymond Cruz - Breaking Bad, Alien Resurrection). 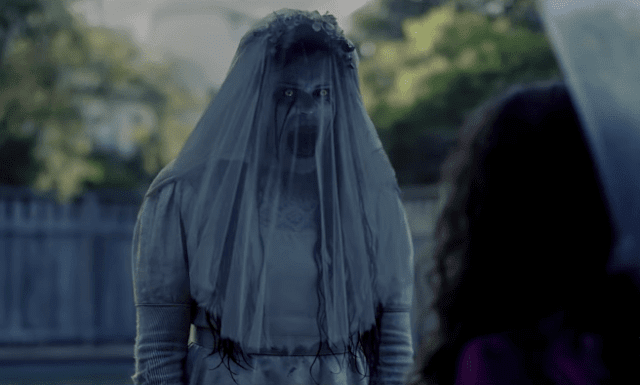 This film follows all the usual tropes of a supernatural haunting, it even copies from earlier films in the same series. You have a woman trying to protect her children, initially not understanding of what is going on, eventually seeking the help of a professional well versed in the supernatural, who then befriends the family and stops the evil. That could be the synopsis for any type of films and really shows why The Curse wasn't one of the better received entries. As I said in my prologue, taken on its own this would have been good. It is well shot, there are some occasional nice ideas, and the overall design of the evil spirit isn't terrible. Having seen countless versions of this film it was all so predictable and generic feeling. There was an over reliance early on with jump scares. The most striking moments came when the woman wasn't suddenly thrown on screen, but instead allowed to be in long shots as she slowly advances, her wedding dress making it seem like she was floating.

As for the woman, she was slightly different to other evil spirits, but not enough to make much of an impression. Her tears appear acidic, and her modus operandi is to drown her victims, so she inevitably tries to take them to water. People with even a passing observation of exorcists will know what one of the tools they use is made up of, so that leads to a nice moment at one point in the film. The horror moments are numerous, it could be I was watching this in the morning rather than in the night but I found all the elements so dull. You have doors opening on their own, people being dragged by something unseen, an evil spirit that is there one moment and gone the next, and people thrown around the sets. To be fair it is hard to innovate in this genre, but that's not too much of an excuse, it is possible and there just didn't seem to be much effort here. 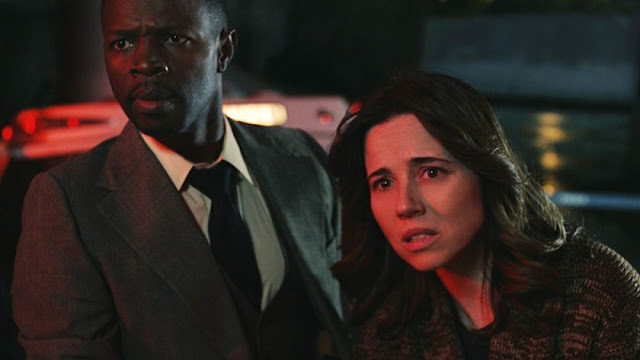 I watched this movie knowing it hadn't had a fantastic reception, but as the only entry in the Conjuring shared universe series I hadn't seen I felt it needed to be seen (it has actually been said by Chaves this isn't part of the series, but the inclusion of a flashback to Annabelle firmly goes against that). I imagine in a cinema this would have been more entertaining, but not by much. I feel a bit bad being so hard on the movie, despite the generic nature I didn't find it boring, I just found it forgettable. The Curse of La Llorona is currently streaming on Amazon Prime.