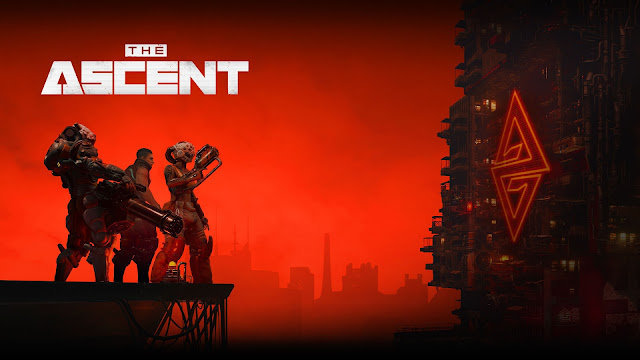 Whatever you may think of Cyberpunk 2077 (personally I'm quite enjoying it despite its faults) it can't really be argued it has pulled the whole cyberpunk genre closer to the mainstream. I hadn't really had much to do with that genre outside of Blade Runner but I really got a thirst for it and so had to try Neon Giant's new action RPG game The Ascent. As always for people who don't know, I happily class any kind of dystopian future as worthy of writing about on this blog, it sits close to the post apocalyptic genre after all.
The game takes place within an arcology on the futuristic dystopian world of Veles. People who have travelled to that world with promises of a bright future instead find themselves indentured to the corporations based there, often for life, in order to pay off the cost of their travel. You play as one such person, indentured to The Ascent Group. One day the corporation's all powerful A.I mysteriously goes offline, essentially putting it into administration. Initially working for stack boss Poone (voiced by Joplin Sibtain), who is attempting to consolidate power in order to stop rival corporations from taking over the archology, you eventually end up working for a rival group who are very interested in discovering just what happened to cause such a powerful corporation such as The Ascent Group to shut down. 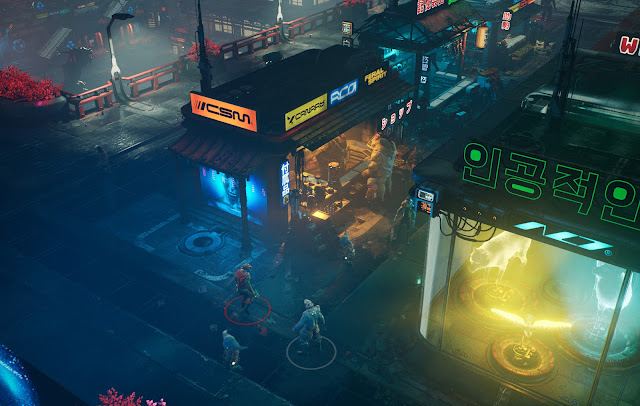 The Ascent is an isometric overhead twin stick shooter with RPG elements to it. So many times nowadays games seem to just never know when to end, it was refreshing to reach the end credits here within around twenty hours or so, having done nearly all the side quests. The game takes place within the archology that consists of four levels to it. Three of these floors are huge and include no end of smaller areas within them. The archology feels like a real living world, much of the game's locations are made up of shopping districts and housing complexes. In a real breath of fresh air there are civilians absolutely everywhere, gun fights break out and they go fleeing for cover but always inevitably get caught in the gunfire. Thankfully you don't get penalised for killing innocents outside of some annoyed radio chatter, as there are so many running around that you can't help but clip some of them. I loved how lived in the world felt, add in a sublime soundtrack by composer Pawel Blaszczak and the cyberpunk feel is amazing. The music was key to my enjoyment, and the way it goes from downtime beats to suddenly bursting into pulsing electro synth sounds was always wonderful.
You can have two weapons equipped at any one time, as well as a grenade type ability. I got a powerful rifle relatively early on, it was kind of disappointing to then play the entire game without ever finding a better gun, especially after I had upgraded it to its highest value. You also can buy and find armour for your head, body and legs, all of which is represented by cyberpunk type VR headsets and bionic legs etc. As well as the main storyline there are a bunch of side quests, they were all functional but none of them told compelling mini stories, and often the only reward was a bunch of money and experience. By the halfway point I had far more money than I knew what to do with, it was a shame there wasn't more for you to spend your cash on.  You also can gain various different cybernetic systems that work on a cooldown timer (I believe). For my playthrough I had the ability to throw out a device that would cause any damage I caused to enemies to replenish my health bar, as well as the ability to summon a small army of exploding spider drones. Instead of a grenade I was able to summon a mech suit that I could then clamber inside and use its huge mini gun. 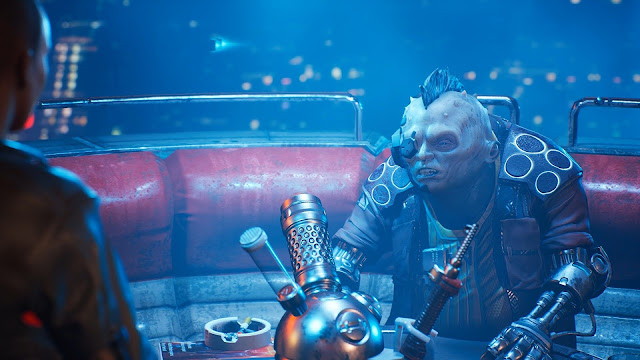 The games location did look a bit samey but there is variation between floors. The 'Deep Stink' is the lowest level, where the sewage works and server rooms are all situated. Mainly here you would be fighting mutant monsters who were the game's easiest enemy type. The next floor up is the poor area of the archology, there are plenty of different gangs who roam around. Up from that is a large city where it is always raining, this felt very Blade Runner-esque and had plenty of Yakuza style enemies who attack with samurai swords, while cloaked in shields. The top most level was basically the Citadel from Mass Effect but this was a tiny place compared to the rest. Being an RPG the enemies are different levels depending on where you are. I have heard complaints that there is a lot of grinding, but not for me. I found that as long as I was doing all the side quests offered to me I didn't have too much of an issue getting through this. The game never felt too easy or too hard, it always just seemed to be a sweet spot in the middle.
The graphics are both good and bad, character models suffer the most, especially apparent during the cutscenes where the camera zooms in real close. The actual environments look fantastic though, I loved the parts where the camera pans out to show the city going off into the distance. Of special note are the lighting effects, they are amazing, from neon signs to the splash of raindrops and all the explosions and gun fire, it never looks anything short of brilliant. This is a co-op shooter but I played it solo so I can't comment on the variety of issues that have been reported on that side. For me I encountered two noticeable bugs, both kind of similar. The first had me in a night club where I was meant to be ambushed. Despite the crowd all screaming and running around there were no actual enemies here. This was made all the more confusing when later on news reports talk of the carnage that allegedly happened there. The bug was that the enemies didn't appear. The same thing happened later on when I got into a boss fight against a boss that never materialised, I had to reload to an earlier save to fix that one. 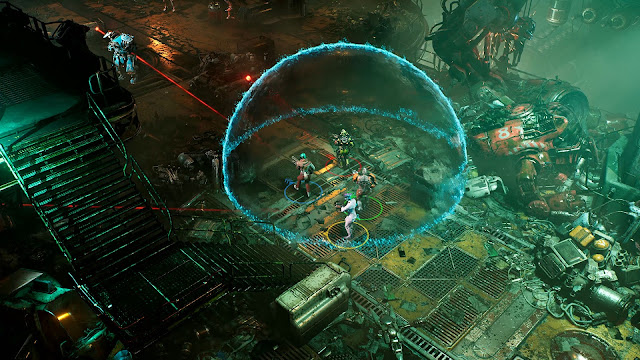 If you like your cyberpunk and especially if you enjoy the wonderful retro electric synth music that comes with it there is a lot to enjoy here. The story may only just manage to be interesting and the gameplay can get a little monotone and repetitive but the feel of a living world is achieved, and at a shorter length than many RPGs this didn't have time to get dull. The Ascent is included on Game Pass so you currently don't even have to pay money to play it.
SCORE:

Posted by Daniel Simmonds at 13:08