Skinwalker: The Howl of the Rougarou (2021) - Horror Documentary Review 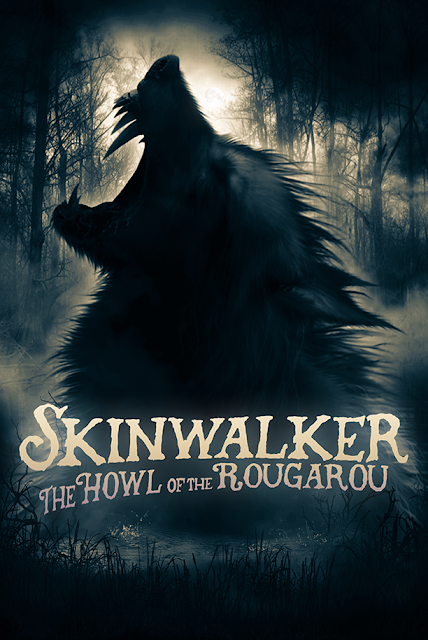 Skinwalker: The Howl of the Rougarou is the latest documentary from prolific director Seth Breedlove (On the Trail of UFOs: Dark Sky, On the Trail of Bigfoot: The Journey). For those who don't know (which had also been me prior to watching this), the Rougarou is a version of the werewolf, one that is primarily spoken about in the American south. I've come to expect a layer of quality with Breedlove's documentaries and in that respect this is a success. As I have said before though, I just don't know what it is about werewolves, I just don't find the subject very interesting, and so even with a relatively lean run time of seventy minutes I found my attention waning as this went on.

Beginning with a native American myth about the origins of the Rougarou that was very interesting, the documentary then heads right onto the subject with an opening witness account. Throughout the documentary there are many such accounts, many of which come across more like fables than real stories. I'm not doubting what people allege to have seen, more that, having been brought up on such tales I can't see it as too much of a stretch that these people would project these stories onto unexplainable situations they found themselves in. You have stories such as a man encountering his uncle in wolf form, a girl who was visited by a Rougarou after taking some relics from a native American burial site. Then you have another about a boy who went hunting on a sacred day and encountered the creature as a result. All of these accounts sound unlikely, but that doesn't affect the plausibility. The documentary features a variety of talking heads, one of which, the founder of an annual festival in honour of the creature speaks frankly about the likelihood of such things existing, but also goes on to explain how keeping the stories and traditions alive respects the people of the past. 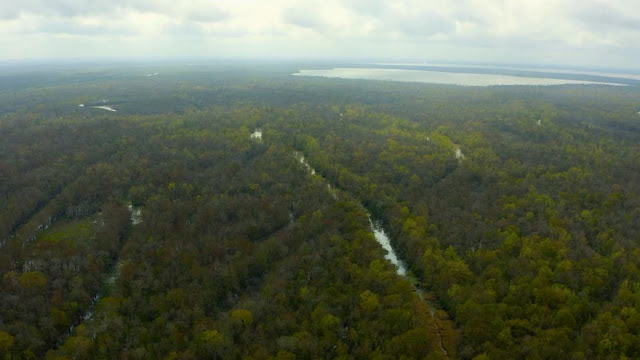 While the Rougarou is the main topic there are several other variations of it discussed. The most interesting to me was the side-line into ghostly hitchhikers, something I had read about before. With the Rougarou said to also be able to shapeshift into the form of a human dressed in white it led to a neat little unexpected diversion about accounts of ghostly figures seen on a notoriously deadly part of the Louisiana roadway system. This part while brief gave some variation to a topic that as I said in my prologue isn't that fascinating to me. It eventually all loops back around, but the epilogue to me seemed to take a while to really wrap up.

The best part visually in Skinwalker are the lovely found footage style recreations of sightings of this mythological creature. Presented via Super 8 style footage, CCTV footage, and handheld camera these little microfilms that play out as people recount their experiences were a joy to watch. The costume used for the Rougarou didn't look that bad, especially when used in conjunction with grainy footage. 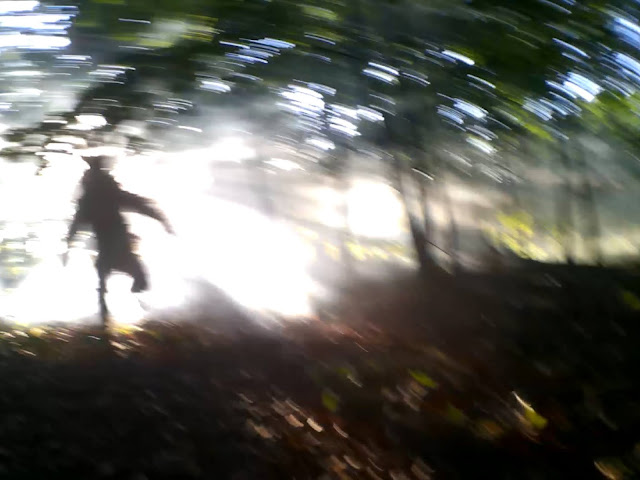 In terms of quality there is little to complain about with Breedlove's latest documentary. I always appreciate how distanced these can sometimes be, while there are plenty of interviewed people here talking about seeing the creature their accounts are presented neutrally. This isn't so much geared towards trying to convince people of these creatures, it is more a portrayal of the beliefs in place in this area of the world. Skinwalker: The Howl of the Rougarou debuts September 14th on VOD, Blu-ray and DVD.