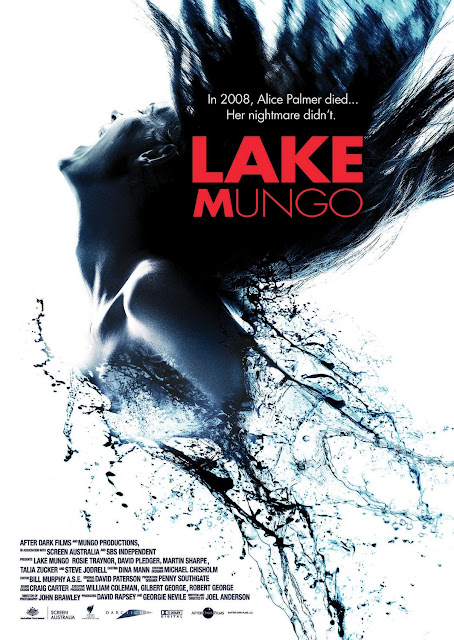 Back at the start of 2018 I had the pleasure of interviewing horror director Andrew J.D Robinson, and when I questioned him about his favourite horrors he mentioned the Australian mocumentary Lake Mungo. This was once again brought to my attention a week or so back when it came up on a list of the most scary films you shouldn't watch alone, especially at night. Well, I wanted a good scare and so I decided to watch this alone and at night. It's easy to see this was a big inspiration on Robinson's mockumentary We Are the Missing, and while this did create a creepy atmosphere it sadly didn't haunt my dreams.

The mockumentary explores the strange events that were put into motion when teenager Alice Palmer (Talia Zucker) drowned in a lake while swimming with her brother Mathew (Martin Sharpe) on a family day trip in 2005. Her death was a huge blow for the family, especially for mother June (Rosie Taynor). Things began to get strange for the family when some photos and videos later taken by both the family and other people in the local community were found to contain an image of what appeared to be a girl matching Alice's appearance. Despite father Russell (David Pledger) having identified his daughters body, the Palmer family began to hope that maybe there had been a mistake and Alice was somehow still alive. 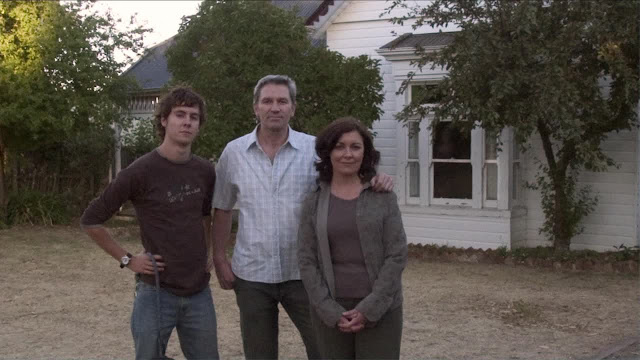 A necessary element of the mocumentary here is the talking heads sections, this includes friends and other family members of the Palmers, but mainly consists of Mathew, June and Russell. Due to this my expectations were tempered. As scary as the film was said to be, the main cast were not going to end up dead or even that traumatised, as they wouldn't be appearing on the fake doc if they were. The meat of this are the photos and video tapes that emerge after the death. Lake Mungo does a good job of drip feeding these to the viewer, they get more and more messed up as the film progresses, obviously with the best saved till last. An aspect I enjoyed is that the early photos are revealed to have more clues in them than is first suggested. Attention is drawn to what the filmmakers want you to see, so elements of the pictures that give greater clues are there for the world to see but unless you were looking for them they would pass you by.

The mockumentary feels most authentic during these found footage moments. Both pictures and film are very grainy and low quality which adds a layer of realism, making them quite chilling. There comes a point however where everything is revealed to not be as it seems, essentially neutering a good portion of the first half of the film. From this point no matter what I was shown I couldn't help but be more ready to disbelieve what was being presented. This becomes one of the messages of the film, that you shouldn't take everything you are given at face value. The other more emotional message is about dealing with grief and loss, and how to move on from such a tragedy. Watching this it's obvious that Twin Peaks was something that had influenced writer/director Joel Anderson. Most obviously with the name of the family being the same as the family of the murdered girl in that show, though also with revelations about the dead girl, a secret double life with sordid secrets that were totally unexpected. 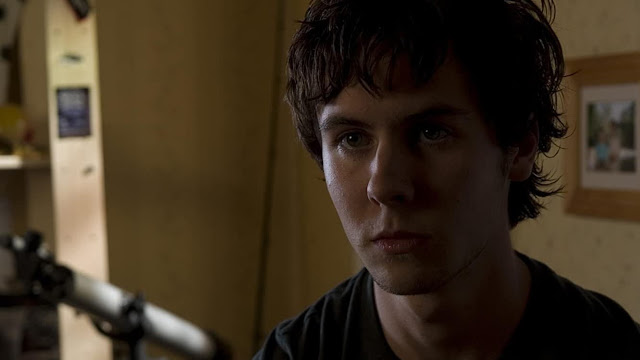 I enjoyed my time with Lake Mungo but it didn't live up to my hoped for expectations. The film excels at building up layers of chilling tension, though the pay off never quite matches this, I would find my fear misplaced even if it suggests some haunting implications for the story. Still, this has proven to me that the time of day you watch a horror really is key to how scary you may find it, with two weeks off work I intend to watch a whole lot more late at night rather than early morning. Lake Mungo is currently streaming on Shudder.

Posted by Daniel Simmonds at 05:28