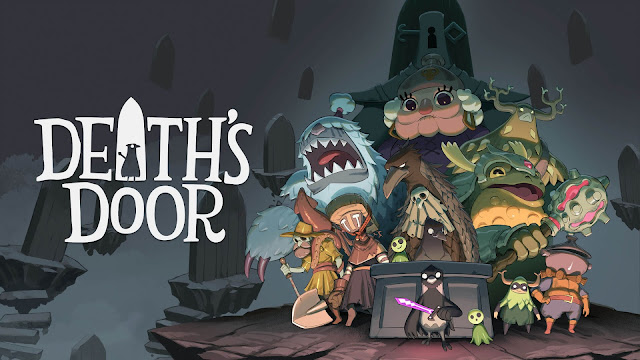 My best friend was the one who pointed me in the direction of Death's Door, and it was a TikTok video of all things that made her aware of the game. Published by the indie powerhouse that is Devolver Digital, this Zelda like adventure game looks and sounds like a dream, but perhaps a little too frustrating for my mindset.

In Death's Door you play as a crow, one of the reapers of death. Working for the mysterious Lord of Doors, you are tasked with collecting souls and it is one such soul that begins your adventure. Tasked with reaping the soul of a huge monster, you are successful, but not before a mysterious old crow steals the soul you were due to collect. Unable to return without the soul, you end up forced to work with the old crow, both your soul and the soul he was meant to reap are trapped behind a gigantic magical door. To open this door you must travel to three different corners of the stagnant world in order to reap the souls of monsters big enough to have the power to break open the door, thus allowing you to finish your mission and return back to base. 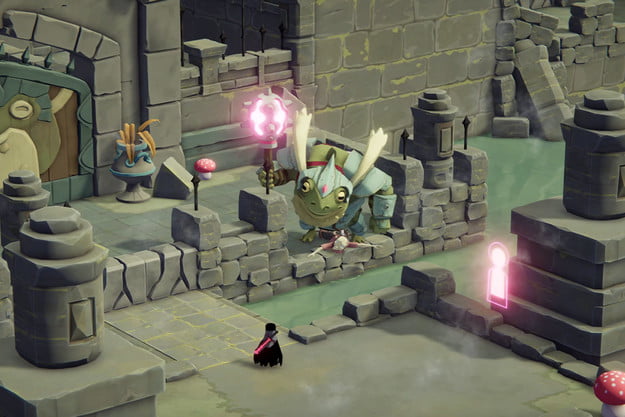 The game looks beautiful, that and the wonderfully mournful soundtrack were a definite highlight for me. The isometric world has you in a slight overhead viewpoint exploring in a way that Link would be proud of. The game takes place over one overworld that is split into four different sections. To progress you complete simple puzzles, battle monsters, pull switches, and gain new abilities. This is an indie game at a reduced price (I think it cost me around £16) and so the game never felt like it needed to be bigger than it was. Each of the four main areas are different in look. The central hub is set in an old graveyard, while the first new area takes place in and around a witches mansion and has you fighting various pot related enemies. The second of the offshoot areas is set in a flooded castle in the middle of a forest, while the third and final one takes place on a huge snowy mountain.

Obviously the three giant souls you need to collect represents three distinct boss battles. The boss battles were one of the more fun parts of the game. There are more than just the three big bosses, going on a path purely to completion I battled five bosses, and a whole bunch of mini bosses. Each of the big boss enemies are very varied. They have set attack patterns, and weak spots and each require something slightly different to be able to defeat them. The bosses are varied but none were a particular challenge. In fact, the witch took me many attempts to beat, but the second boss I did first try, while the third boss only took me two attempts. The final boss was a multi stage battle that included a load of platforming sections, it was hyper frustrating but satisfying to finally beat. 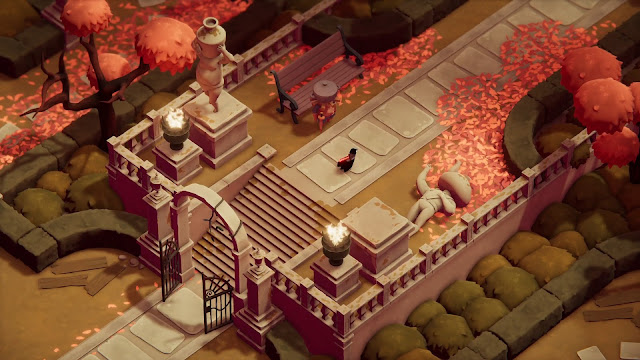 Frustration is what brought the game down for me. Unless you seek out hidden life containers you only have four hits before you die, and damage can come swiftly. Much of the platforming takes place around sheer drops, one of your main abilities is a useful dodge roll, but more often than I would like to admit I accidentally rolled off the edge of a ledge and caused damage, even more annoying in the boss attacks where you have to hammer the dodge button to break their grip on you. You happen to be facing the wrong direction and when you finally break the hold you immediately roll off the side of a ledge. It is also entirely possible to be hit multiple times with no chance to avoid damage. The dodge roll grants you a few frames of invincibility, but it seemed if I was hit once there was a good chance I would take a second or third hit before I knew what was happening. Thankfully checkpoints are all over the place, in the form of doors that can be used to head back to your base where various abilities can be upgraded in exchange for souls taken from the enemies you defeat. Over the course of the fifteen or so hour game you get four different items that help you get to secret areas and progress. You eventually have a bow and arrow, a bomb, a hookshot, and the ability to throw fire. All these can be used to traverse the game world, solve puzzles, as well as used to defeat enemies.

If you have a high tolerance for frustration then Death's Door is something you will probably like a whole lot more than me. I had periods of loving this, sometimes I would be in the flow and everything would be going like a dream. Just as many times had me red in the face beyond annoyed at what to me felt like poor decisions. To paraphrase Taylor Swift, Death's Door is a nightmare dressed like a daydream. It was enough that despite knowing there was a lot of post game content to do I was satisfied to hang up my reaping sword once the end credits rolled.