The Rotting Zombie's Round-up of Horror News for July 2021 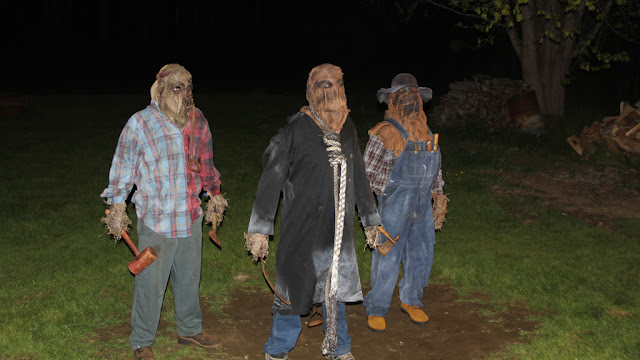 I usually like to stick these monthly news posts at the end of each month. This time around I am unable to do that, I've headed off on a weekend vacation to the seaside and when I suggested to my bestie that I take my laptop on the trip to carry on putting up blog posts she was none too pleased. To avoid her belligerent wrath I shall stick this up on 2nd August when I have returned. There won't be as many blog posts this week due to having to write a bunch of posts in advance a week or so back. Onto the news.

David Chuang's The Tag Along: Devil Fish was released in June by Bayview Entertainment. The confusing synopsis states 'The devil fish which manipulated by Juon-like ghost "a little girl in red dress" targets tiger-mans mother. Then, tiger-man tries excising his mother from the devil fish and a little girl in red dress'. This horror stars Vivian Hsu, Jen-Shuo Cheng and Hoe Shu-Wei Chang, check out the trailer below.

Paranormal thriller The Poltergeist Diaries is now available on Spectrum. Directed by József Gallai this stars András Korcsmáros, Kata Kuna, Péter Inoka and Eric Roberts and is about a man looking for his missing brother with the help of a documentary filmmaker. The film can be seen here, and the trailer is below.
Rise of the Scarecrows: Hell on Earth has begun production. This is a reboot/re-imagining of the 17 year old 'micro-budget cult classic'. This is written and directed by Geno McGahee with filming currently underway with a view to release this come October. The synopsis is that a young writer has returned to his hometown where he discovers a long hidden dark secret (likely featuring scarecrows I would imagine. This is to star Eric Michalian (Killers Club), Lorrie Bacon (The Love Triangle), Brent Northup (Sickle, Scary Tales) and plenty of other actors
Deadlife's track North Inertia is available now on all platforms via independent retro synth label FiXT Neon. The track is described as 'ferocious...with gritty, industrial-like attitude, its steely atmosphere punctuated by powerful percussion and understated synth melodies that permeate the track with a haunting ambiance'. Deadlife have also released Tears of the Juvenile which is the second release leading up to God in the Machine, the album that releases on August 6th and can be pre-ordered here.
Gothic duo Abbey Death have released a new single in the form of Death is for the Living. The duo are made up of Valerie Abbey and Abbey Nex and on this single they are joined by guest vocalist Addam Robert Paul (TheDestructPrinciple). According to Valerie Abbey the song was created in response to "the news reporting lots of deaths as a way to grab our attention. It all grew so frustrating! To balance this, I started writing this brooding-abrasive yet chilly romanticized track to give a traditional dark intensity back to the meaning of death in a remote, stylistic statement." The track can be found on PROJEKT's Bandcamp page here.
Finally in this shorter news post Puzzle Box Horror have released issue #1 of Anna Byrne which is available for order at Horror Hub Marketplace. The story is by Chad Dahlstrom and Mary Farstrom with illustrator Felipe Kroll. This ongoing series is based on the short horror stories The Anna Byrne Chronicles that were first published on the Puzzle Box Horror website. In the comic we follow the titular Anna, who from the age of 7 became obsessed with the supernatural. Now grown up she finds herself mysteriously drawn to haunted locations. In issue #1 Anna heads to the haunted Heceta Head Lighthouse where she finds an unexpected partner as well as faces one of her darkest fears. The comic can be brought here.
Posted by Daniel Simmonds at 11:26