The Rotting Zombie's News Anthology Round-Up No.6: Return of the August IV 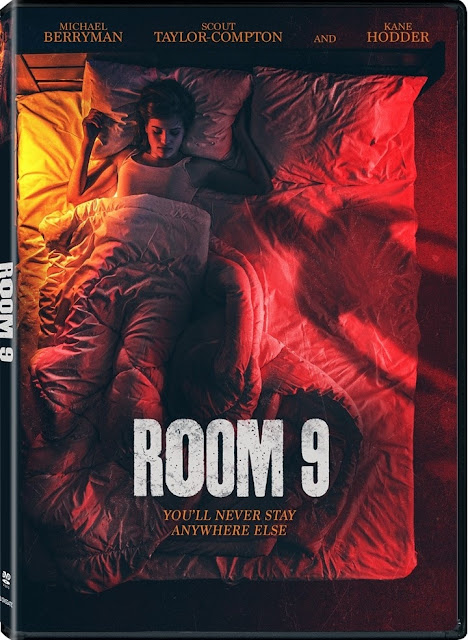 Lamentations and salutations. I've had an issue with my Blogger pointer for a while, there was a hosting issue. Now things have gotten worse in that the domain name the blog was pointing to lapsed and over 3,000 links on my site are pointing to an ad address that some domain squatters have put up. I am very slowly working through my blog to correct all this but it's going to take a good while! It's a darn good thing I do this for my own personal enjoyment and not in an effort to actually get a name out there. On the plus side I know have a new domain pointer and that is http://www.rottingzombie.co.uk/, much thanks to Dan for that!

Lionsgate released Room 9 on DVD and digital on July 20th, this was written and directed by Thomas Walton. This horror stars Scout Taylor-Compton (Cynthia, Rob Zombie's Halloween), Michael Berryman (The Hills Have Eyes) and Kane Hodder (Friday the 13th Parts 7-10). The synopsis is that the titular 'Room 9' at an inn in a remote town was the site of a violent double murder decades past. Now the mysterious killings have started again, a woman named Star arrives to investigate and begins to experience flashbacks to the initial killings that she can't explain.

Rebirth, an adaptation of George Romero's classic Night of the Living Dead is available now from Midnight Releasing. This comes from Roger Conner and stars Aswan Harris, Rachel Anderson, Alvin Hudson, and Conners. The adaptation has two brothers on their annual visit to their family grave site who get caught up in a zombie outbreak. The film is online to rent or buy, one such place to do this is at Vimeo. The original Romero classic was infamously not copyrighted meaning anyone can do whatever they like with it.
Finally, Anne, With Love is a new psychological thriller that is currently filming in Los Angeles. This is to feature Mena Suvari (American Horror Story) and Danielle Harris (Halloween 4: The Return of Michael Myers) alongside Blaine Morris (Skins) who is set to star. The film is to be directed by George Henry Horton (Dreadspace) from a script he co-wrote with Morris. The synopsis is that a painter (Morris) begins to struggle with her inner demons after her husband vanishes.
Posted by Daniel Simmonds at 13:18